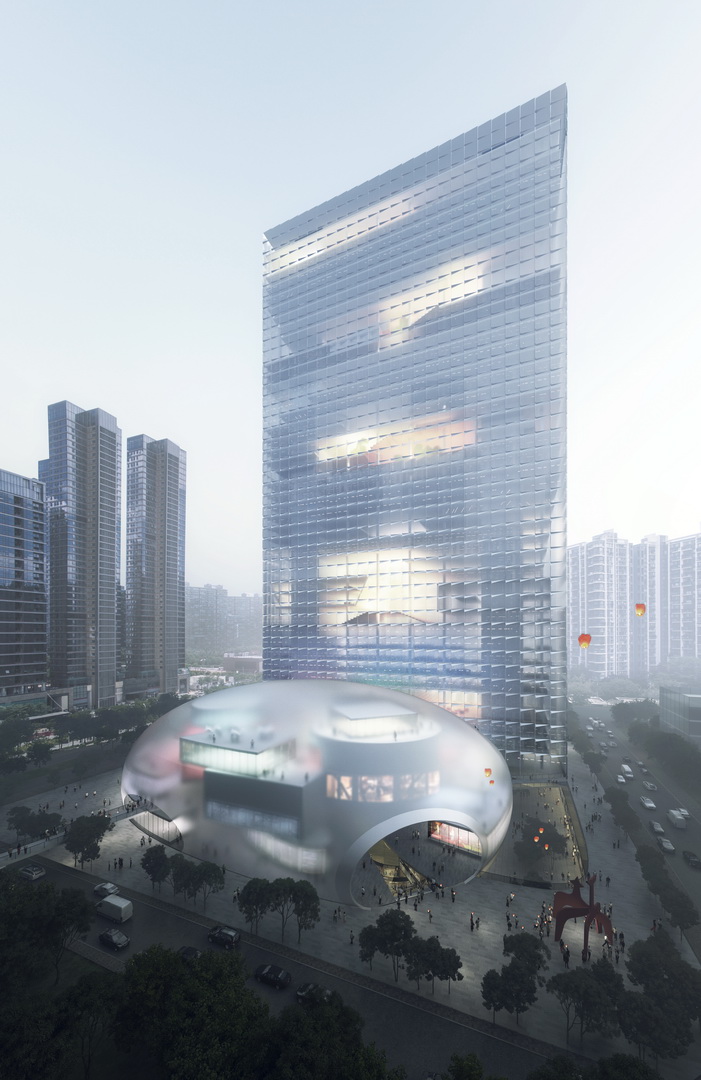 Located in the Shenzhen Bay Super Headquarters Base, OPPO’s HQ tower will be a new place for creative work and design within the city’s high-rise skyline. Bordered on most sides by north-south facing residential towers, we chose to instead orient our tower east-west; the east side of the site faces inward to form a cultural square that can serve the larger area, while the west side faces an important public green belt. This key urban axis is directly connected to the future Binhai Cultural Park, bringing the energy and activity of that park into the OPPO headquarters, while maximizing the interface between OPPO and the city. In this way, the tower will not only serve as an interactive screen, but also as a window that showcases the company’s unique characteristics.