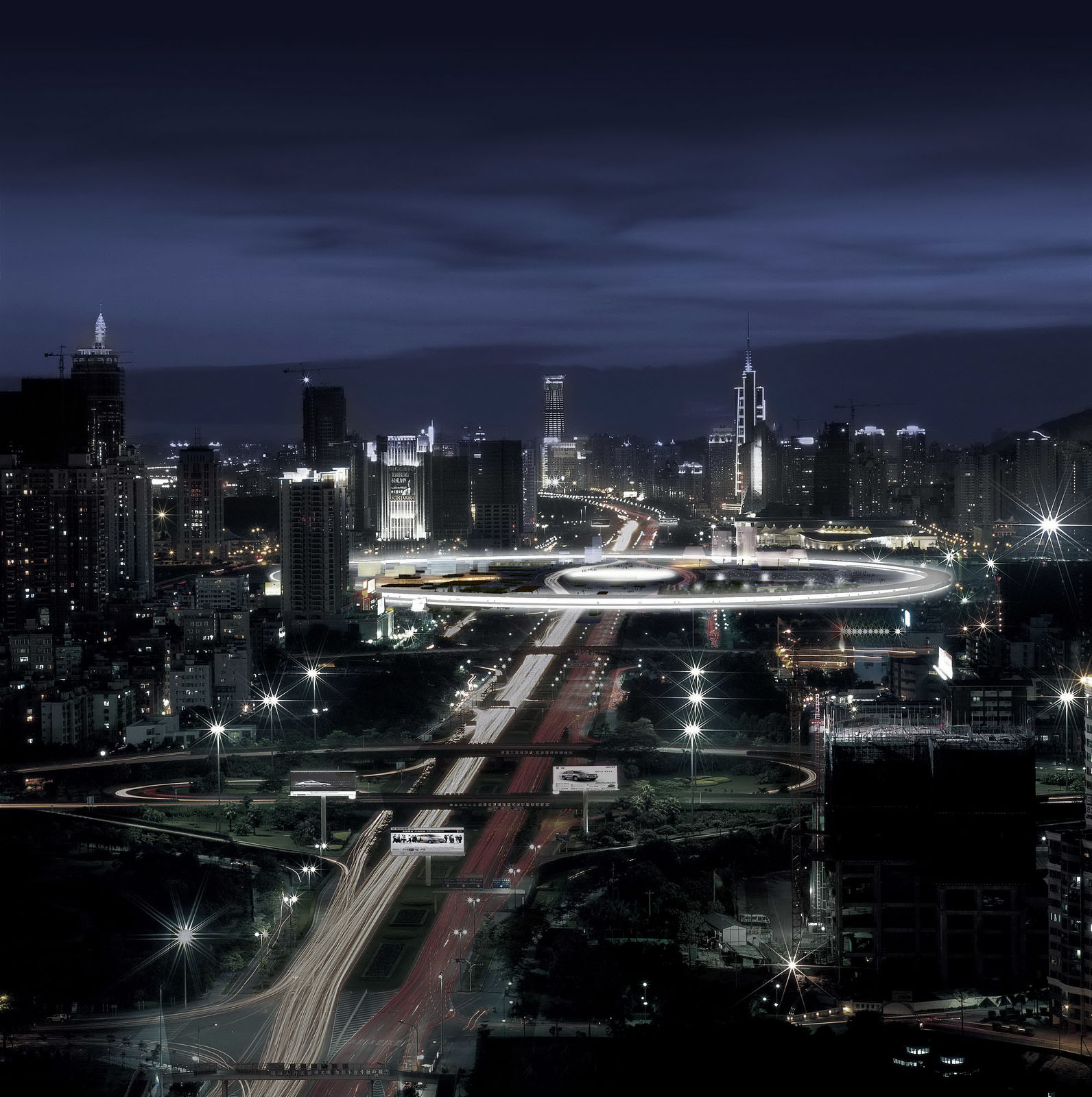 The Shenzhen eye project is located in the Shenzhen CBD, at the intersection of the north-south central axis and the Shennan Road, a major road connecting east and west. The planning site measures 45 hectares and is covered mainly by landscape and vegetation. The underground area is a vital site which is currently under construction for a future central traffic interchange hub, connecting the bus terminus and subway line 1 as well as the starting point of Shenzhen’s central train station. The core aspect of the design is how to excavate and use the city’s traffic hub efficiently, while at the same time providing strategic planning for the city’s future development.

Shenzhen has progressed with astonishing speed in the past 30 years, transitioning from a fishing village into an economic center and international metropolis. How can Shenzhen transgress its history as a center for manufacturing and accelerate the development of its creative industries and find its new identity? In 2008, Shenzhen was awarded the title of “City of Design”. However, even with rich creative resources and background, the people of Shenzhen lack a center, a focal point for the existing net-works and energies to converge, and a stage on which to communicate and inspire. Thus the construction of an underground system of Shortcut Connectors linking existing and future train/subway stations to create a Central Transport Hub and a Creative Landscape with Design Villages and clusters of activity above-ground that are joined by an elevated Ring Connector.

The center of the interwoven elements is a mind space: free, open, and unoccupied. It is a void of imaginary power, a spiritual space of creativity that bundles and concentrates Shenzhen’s energy and vision for the future: Shenzhen Eye. The combination of these elements in the Shenzhen Creative Center captures, focuses and redistributes the diverse energies of the city, and provides a stage for encounters, activities, and the further growth of its creative forces.