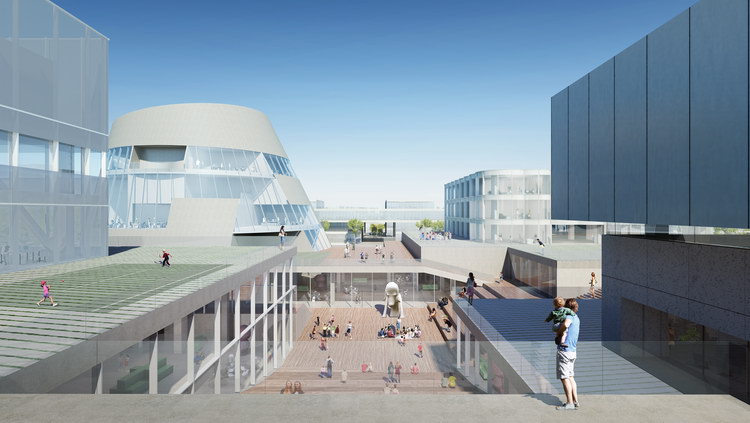 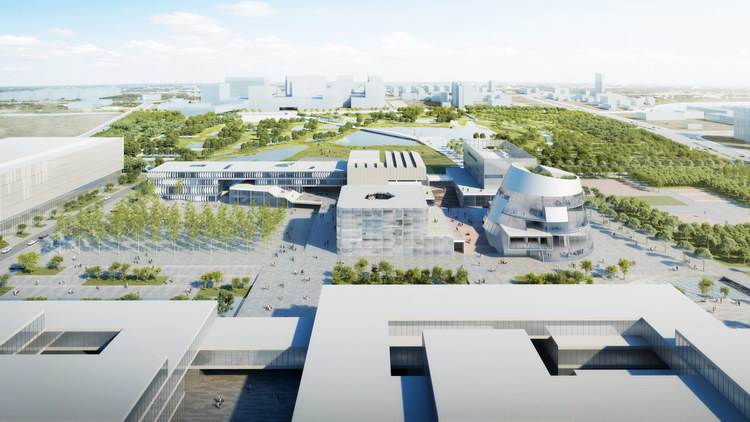 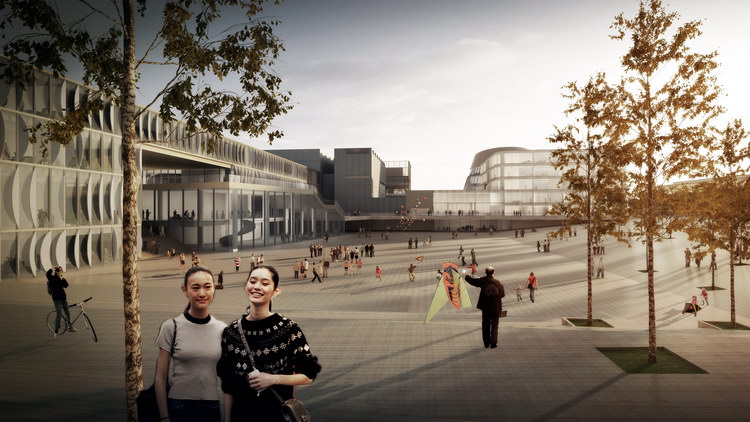 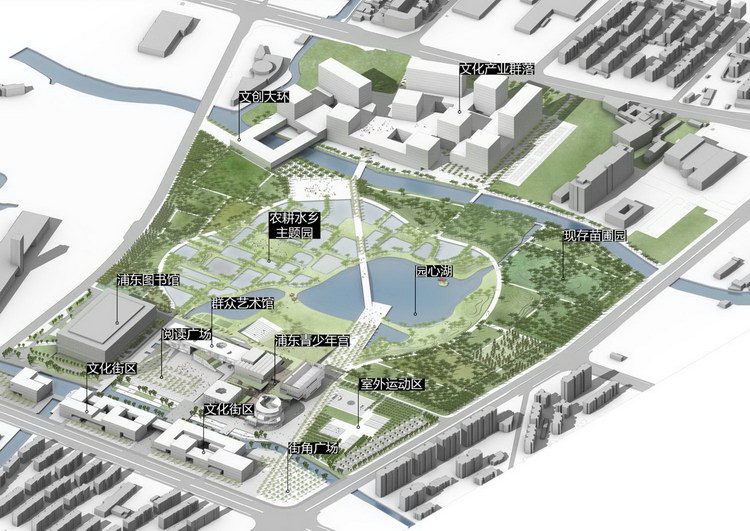 The existed important cultural landmarks in Pudong District are distributed on the axis where Century Avenue is located. Pudong Cultural Park will bring new vitality for the cultural life of Pudong as a significant culture node situated out of the main axis. In relation to the dynamic and high dense networks of Puxi District, the cultural facilities and green parks of Pudong are distributed in a low dense and high-grade wide road network, which becomes isolated urban nodes within the city. It is a challenge to prevent Pudong Culture Park, an enormous urban facility in scale with the quality of heterogeneity, from being isolated by the surrounding urban arterial road and enclosed residential quarters while it is an opportunity to make Pudong Culture Park an indication of new-Shanghai life style.

Cultural Park is the carrier of cultural activities in the city; therefore urban quality and park characteristic are attributed to it at the same time. City and nature superpose and mix together in terms of multiple dimensions such as density, space, feature and events etc., “Urbanity”, the characteristic of a city, is introduced to the design of Pudong Cultural Park in order to bring rich and diverse experience to people to activate the 75 hectares park area.. Furthermore, the lively urban quality of the park becomes a powerful complement to the monotonous lifestyle of the surroundings. The design of the center of the park is inspired by the traditional water and plowing culture, which offers distinct scenery from other parks in Shanghai. 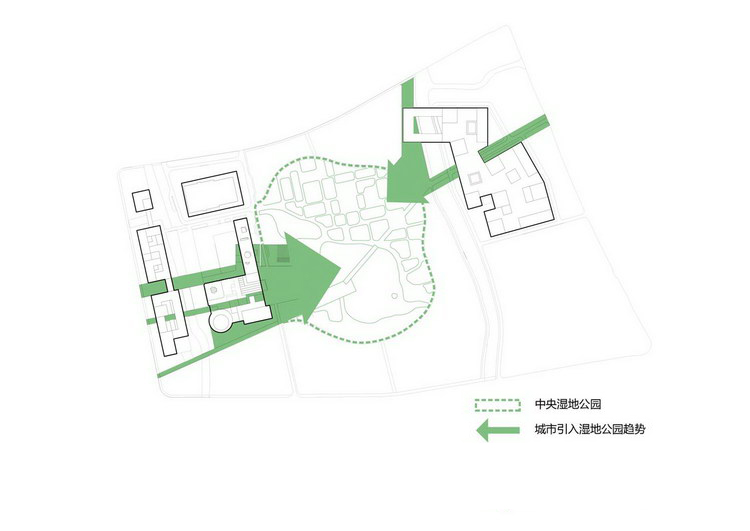 The proposal of the design attempts to maximize the ability to share within public space and have the concept of the cultural-park urban design extending to every building of the park. In addition to the shared resource on the ground floor of Citizen Art Center and the Youth Activity Center, a special connection between them is also created. One of the auditoriums of the two centers is open to each other sharing one stage. The ability to share a show for both adults and youths creates a platform for them to interact and an opportunity for them to communicate. The volume of the Youth Activity Center is divided into four small buildings with pleasant scale. The exterior and interior has distinct expression while the four themes of morality, intelligence, physique and aesthetics are presented. A suspended cross street goes through the core of the Youth Activity Center in order to attract people and outdoor activities to the central courtyard. The surrounding large and continuous space on the ground floor allows various public activities to take place such as reading, exhibitions, skating, lectures and thematic art performing etc. Bookstores, cafes, galleries and creative shops beneath the cross street continuously provide the city with vitality. 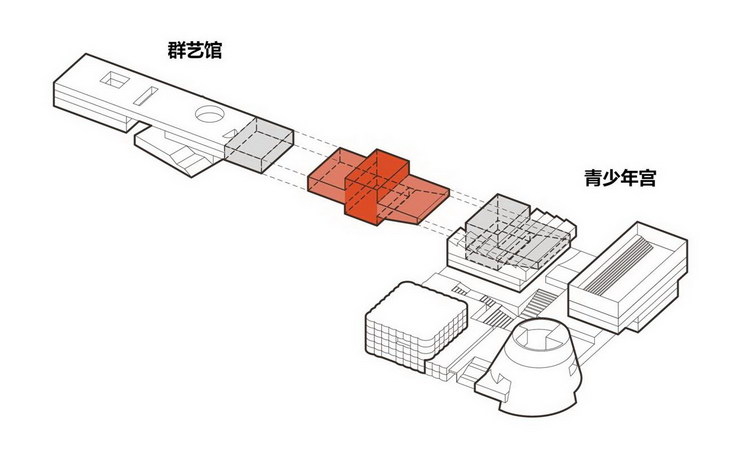 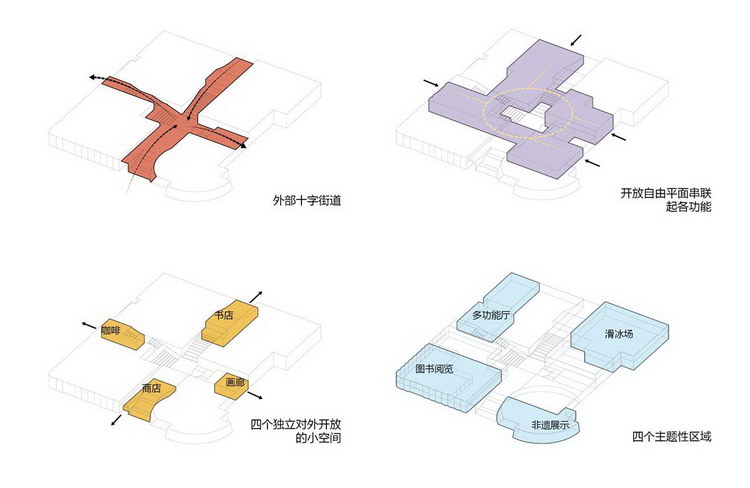 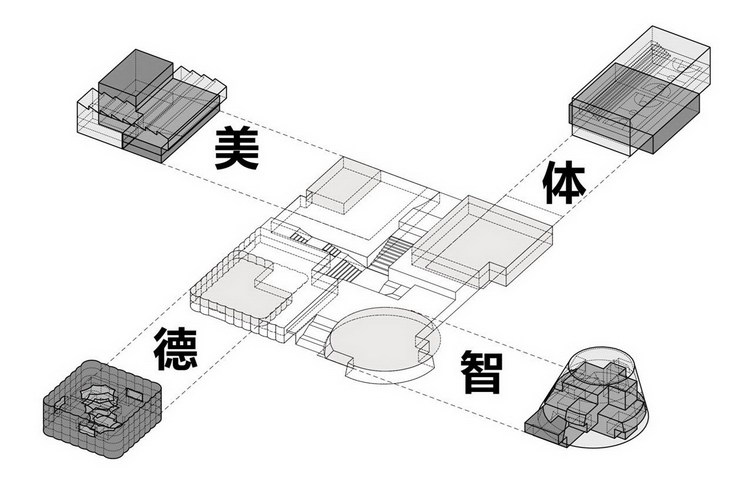 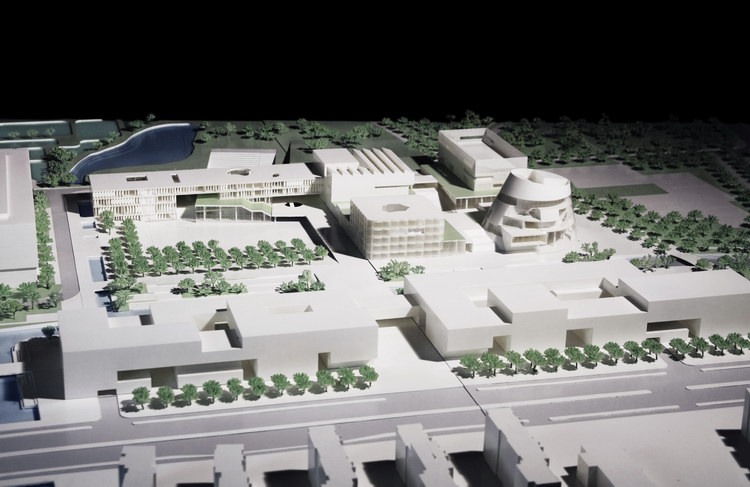 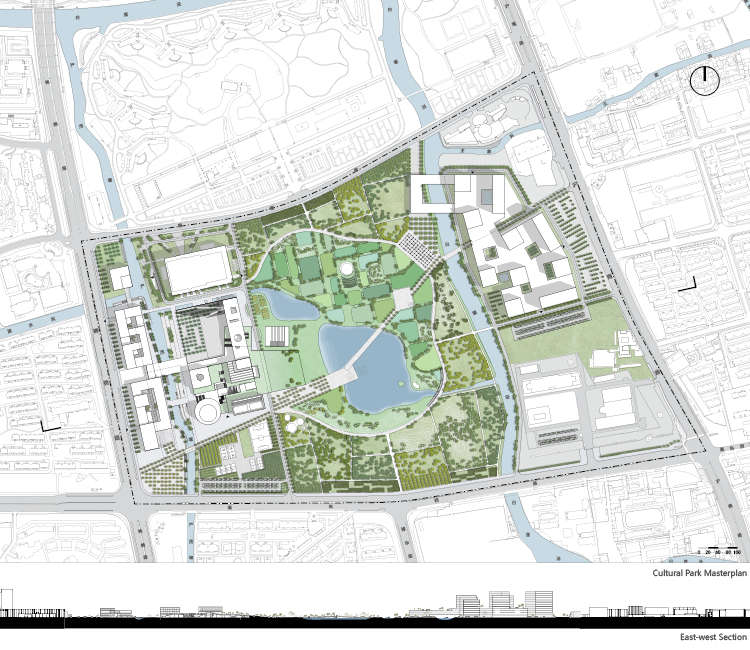