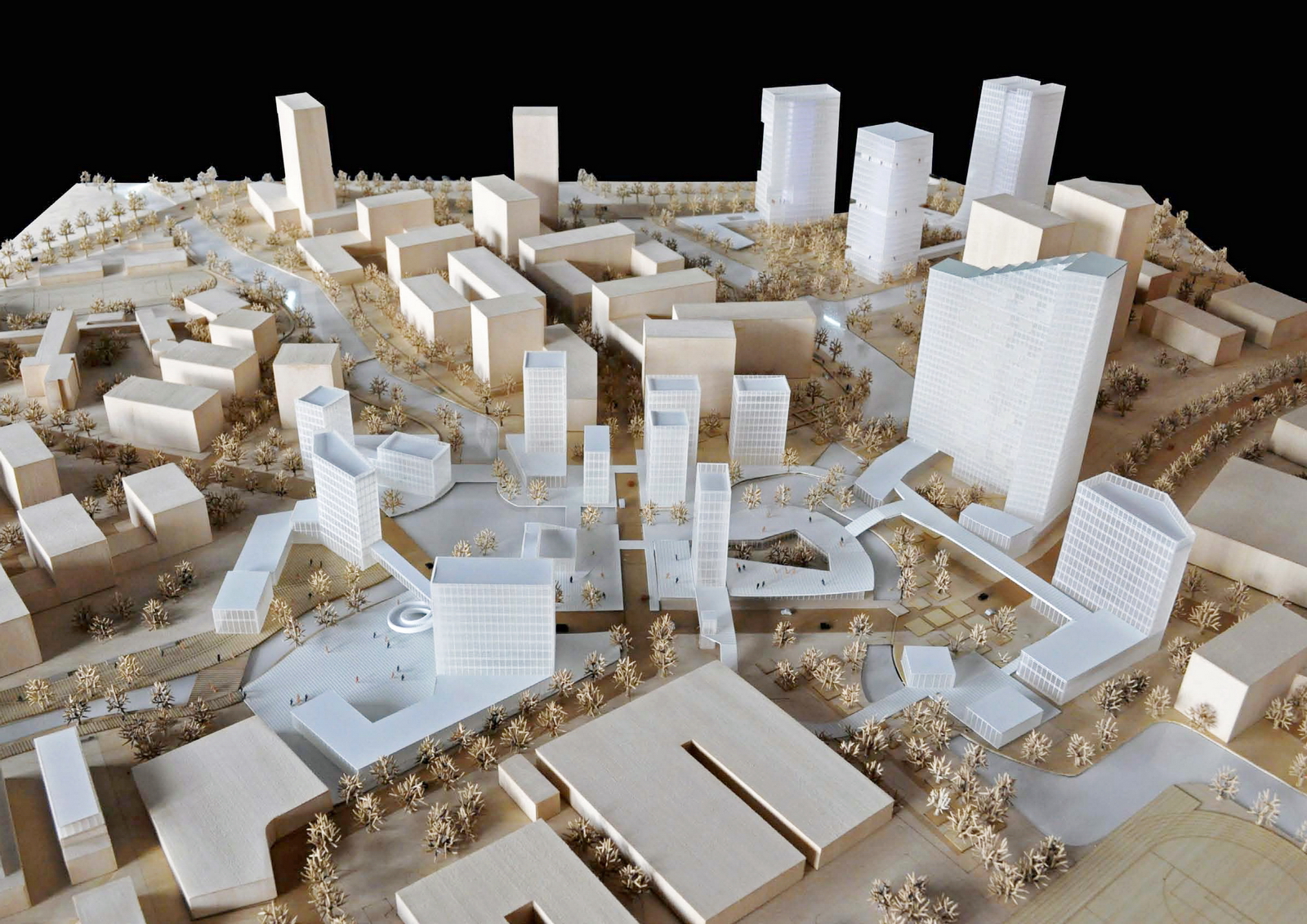 Zhangjiang Technology Park reinvents the typology of a science and technology park development in China. Located in the Jiading district north of Shanghai, the park capitalizes on the area’s existing base of industrial development to create an innovative model for a new era of technology hubs.

The project responds directly to the traditional form of technology park planning, which has resulted in large-scale, isolated, single-use campuses that fail to create a collaborative research environment and do not connect to a supportive urban community. In response, the Zhangjiang Technology Park is designed to maintain its identity as a center of research while remaining open to the surrounding community through shared amenities and open spaces. The project also responds directly to research conducted on the future of China’s industrial development and the types of work spaces necessary to support this development. Over the past few decades, China has been undergoing a massive industrial transformation, led primarily by rapidly increasing industrial capacity geared toward the production of goods for foreign firms and exported to foreign markets. In order to foster more sustainable economic growth into the future, the country is now shifting its focus toward fostering domestic firms with a strong emphasis on research and development.

To promote collaboration, the Zhangjiang design proposes a new model of a mixed use, multi-scale innovation park consisting of three main parts. Ten smaller scale private parcels house research institutes and their more private R&D and administrative programs. More public support functions such as conference centers, meeting rooms, and accommodation are shared among park members and combined into a commercial hub at the center of the site. The hub connects to the site’s circulation network, forming a series of unique “tentacles” which create an identity for the campus while also maintaining connections to the surrounding context. Finally, a business incubator is established within a rehabilitated industrial area of the site. This incubator provides work spaces for smaller spin-off enterprises as well as support services for incubator members, members of the park, and the larger industrial community.