On October 17th 2016, Shenzhen Urbanism/Architecture Bi-City Biennale Organizing Committee officially announced the curatorial team for the 2017 Shenzhen-Hong Kong Urbanism\ Architecture Bi-City Biennale (Shenzhen). Liu Xiaodu and Meng Yan, URBANUS’ partners as well as Hou Hanru, internationally recognized curator and critic, will co-curate this exhibition. It is the first time to locate the venue for 2017 UABB in urban vilages. It will be an unprecentented UABB that tailored for urban villages. 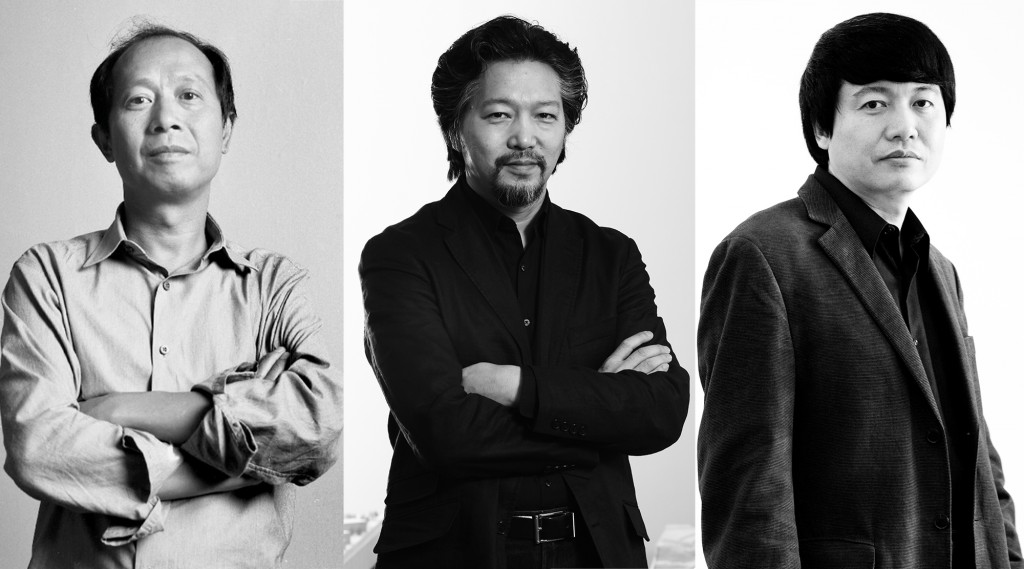 The year of 2017 is meant to be extraordinary for the Bi-City Biennale of Urbanism/Architecture (UABB). On the occasion of the 20th anniversary of the return of Hong Kong, the 7th UABB is just around the corner. Different from the previous UABBs, for the very first time the 2017 UABB will be held in urban village, which blends experimental and pioneering practice with urban daily life to discuss the issues of urban upgrading and renovation and seek practical solutions to them. Unprecedentedly, this will be a tailor-made UABB for urban villages.

YANG Hong, Director of UABB Organizing Committee and member of the Standing Committee of CPC Shenzhen Municipal Committee, officially announced at the closing ceremony of the last UABB that for the first time the exhibition venue of the 2017 UABB would be in urban village. In the first meeting of the 2017 UABB Organizing Committee recently held, Yang Hong said that urban villages were the bearer of Shenzhen’s culture, and encouraged UABB to be innovative with its own characteristic.

After about half a year of global and open recruitment of the 2017 UABB curator/team, the UABB Organizing Committee received a number of proposals from international and domestic institutions and teams. After the preliminary examination by the UABB Academic Committee, three proposals have been selected for the final review. Subsequently at the curator evaluation meeting, members of the Academic Committee debriefed the presentations of the short-listed applicants/teams, and decided on the best proposal after evaluating and voting. In the end, the UABB Organizing Committee officially confirmed and announced that the 2017 UABB (Shenzhen) would be co-curated by HOU Hanru, LIU Xiaodu and MENG Yan (in alphabetic order). HOU Hanru is widely recognized as one of the most crucial figures who have introduced Chinese contemporary art to the western world, while LIU Xiaodu and MENG Yan from URBANUS are top architects and curators in China and had served as members of UABB Academic Committee and participants at previous UABBs.

Their proposal is highly praised by the UABB Academic Committee. Urban/architectural critic SHI Jian said, “The curator team combining art curator and architect is original, very creative and fascinating. HOU Hanru is an internationally renowned art curator who has shown a sustained interest in the Pearl River Delta. URBANUS has been working on the design, exhibition and research of urban villages for years, so they are highly experienced.” Cultural scholar HU Yeqiu commented, “The proposal focuses on recreating the internal mechanism of the urban villages, and attempts to resolve the dilemma of the urban-rural duality. To be fair, offering an alternative rational choice to the city is a constructive vision.” ZHU Rongyuan, Deputy Chief Planner of China Academy of Urban Planning and Design, pointed out, “Urban villages are a unique product of Shenzhen; so there is a good reason to present them as a special topic; I’m sure there will be some unusual findings when we interpret the modernization of Shenzhen from the perspective of the urban villages. In this way, the connection between China and the world triggered by the urban villages is a very clear storyline, and can easily generates the conflicts of values and drama. (The proposal) shows great vision and in-depth understanding, meanwhile, offers possibilities for cross-over cooperation.”

The curatorial team regarded that using urban village as exhibition venue will be the greatest breakthrough of 2017 UABB:

“Urban villages are the product of conflict between and integration of the rapid urbanization and the urban-rural duality leftover from the planned economy era. This phenomenon is particularly prominent in the rapid urbanization of Shenzhen and Guangzhou, two cities that are representative of the Pearl River Delta. The unique exhibition environment of the urban village pushes us to redefine and rethink the structure and experience of the exhibition.

How can we custom tailor an exhibition for the urban village instead of simply placing a generic biennale into the urban village context? It must be totally different from the recent biennales held in large industrial buildings. The UABB should represent and reveal the local specificities and possibility of urban architectures more actively. The venue and events could be more critical and experimental when considering about the present and the future while approaching and blending with the daily life of the general public.

By using of public spaces commonly seen in the urban villages and their combination with industrial plants, UBAA will be able to explore to the maximum degree the connectivity between the real issues facing the city and urban daily life. The relatively large space in urban villages can accommodate the conventional contents of the exhibition, while other special core spaces in the village will be inserted like acupuncture needles, creating form through a combination of point, line, and surface in order to promote urban activation and renewal. ”

Subsequent to the first meeting of the 2017 UABB Organizing Committee, the UABB office has conducted further discussion with the district governments on the exhibition venue. The final results on the theme, venue, time and etc. of the exhibition will be the announced in the first press conference in early 2017. Please stay tuned.