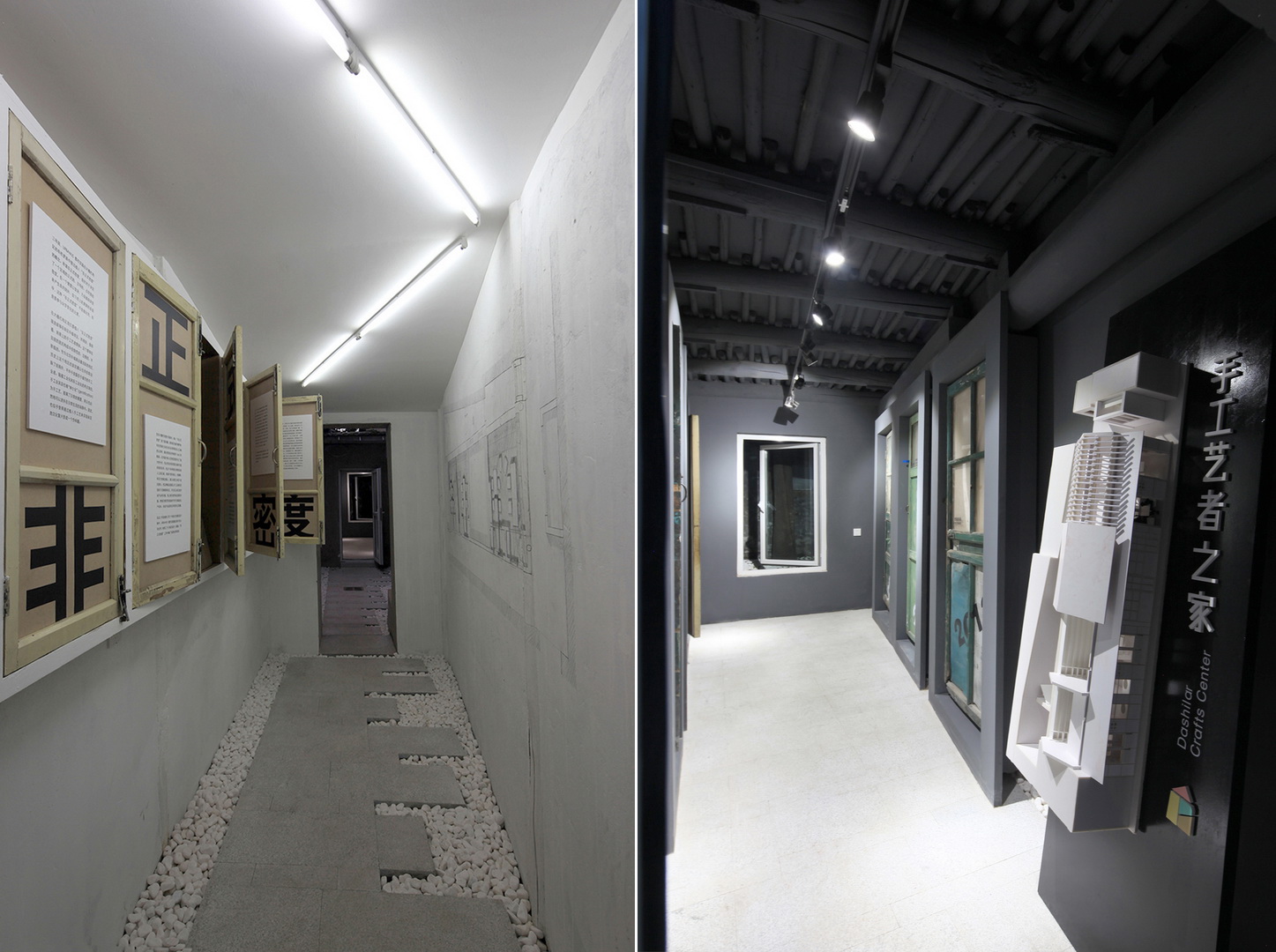 Dashilar district has always been known for its history in traditional Chinese crafts, where the craftsmanship culture in this southern city district has shaped the local cultural identity. In the year of 2013, URBANUS proposed the concept of implementing ‘informal density’ for the organic renewal of the Dashilar area. In the next three years, URBANUS would attempt to implant this ‘informal density’ into the Dashilar area by having the craftsmen re-anchored in order to revive the community.

In the 2016 Beijing Design Week, URBANUS showcased their theory and practice of the past few years at No.90 Yang Mei Zhu Xie Jie through the project House for the Craftsmen. The house located in a special courtyard is situated on No.90 Yang Mei Zhu Xie Jie, where it could be found inside a narrow alley in the inner hutong. The linear row house flanking this inner hutong is very suitable to house a group of craftsmen. Within the project, URBANUS team opened up a second hutong corridor between the House for the Craftsmen and the house beside it. It is a narrow and long space transformed into an exhibition gallery as well as a small lecture room. The old screen window frames from before the renovation along with discarded doors in the hutong were used to form spatial depth in the exhibition gallery through opening and closing. The open nature of the exhibition gallery is central to URBANUS’ attempt at ‘informal density’, where the architecture allows the craftsmen to not only live there but also display their works openly, affecting the population and becoming characteristic of the community. This not only gives more value to the fruit of their labor but also the labor process, as well as transforming the community positively.

Through similar efforts as House for the Craftsmen, ‘informal density’ could gradually evolve into ‘formal density’, thus ushering in a renaissance for the Dashilar district.