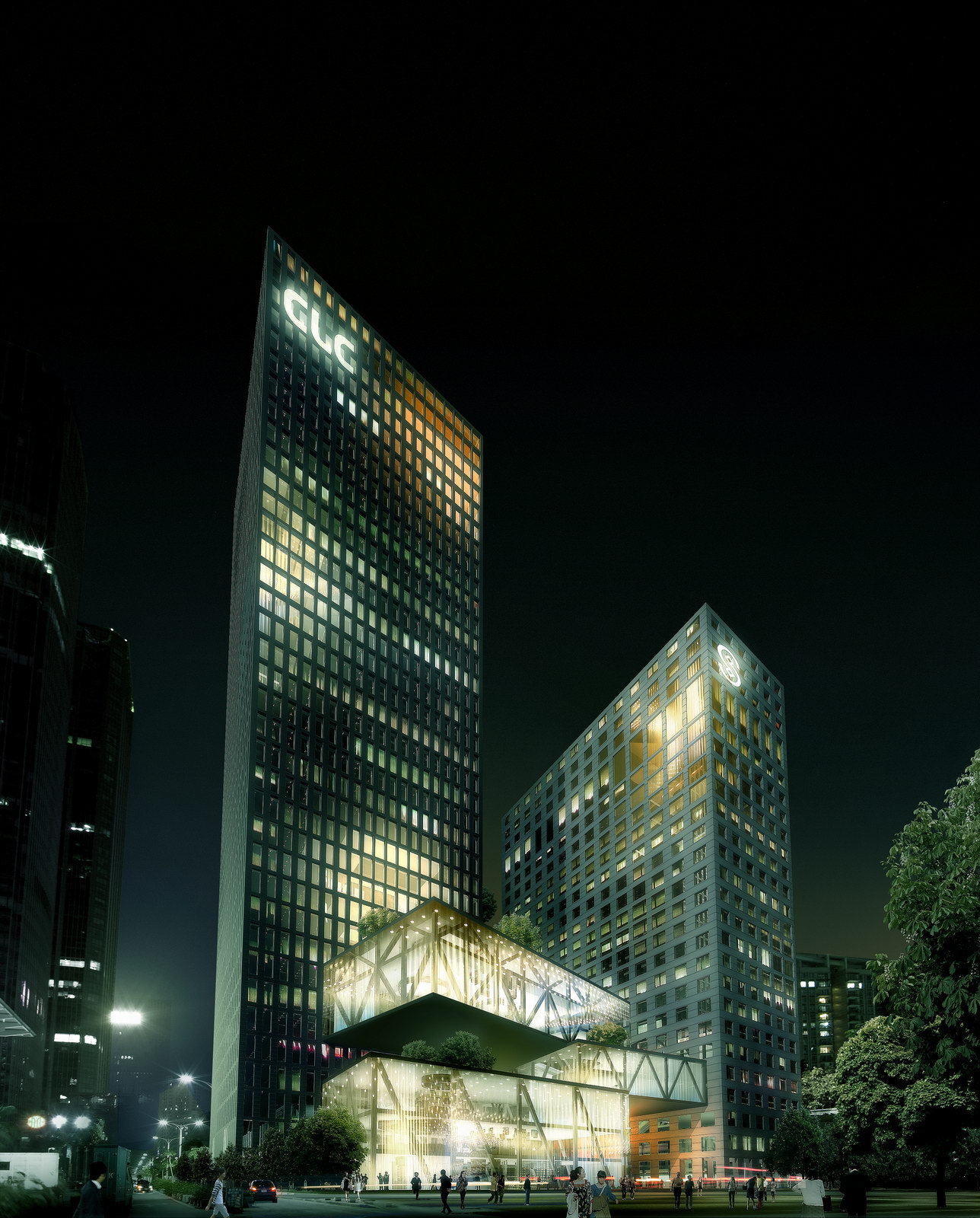 The demand for two new towers in the central business district of shenzhen, raises the issue as to what kind of tower should be added to the skyline of the cbd.

The current dilemma of skyscraper development is that too much effort has been made to seek visually unique forms for the towers themselves. However, the lower area of these formal towers usually result in far less exciting and often times residual, deserted urban spaces. So at the city level, these extravagant skyscrapers seem only to allure its citizens when he or she looks up or sees the city from afar. These moves are simply substrates of a visual spectacle, decorating the city skyline.