Reading the Village • Painting the City 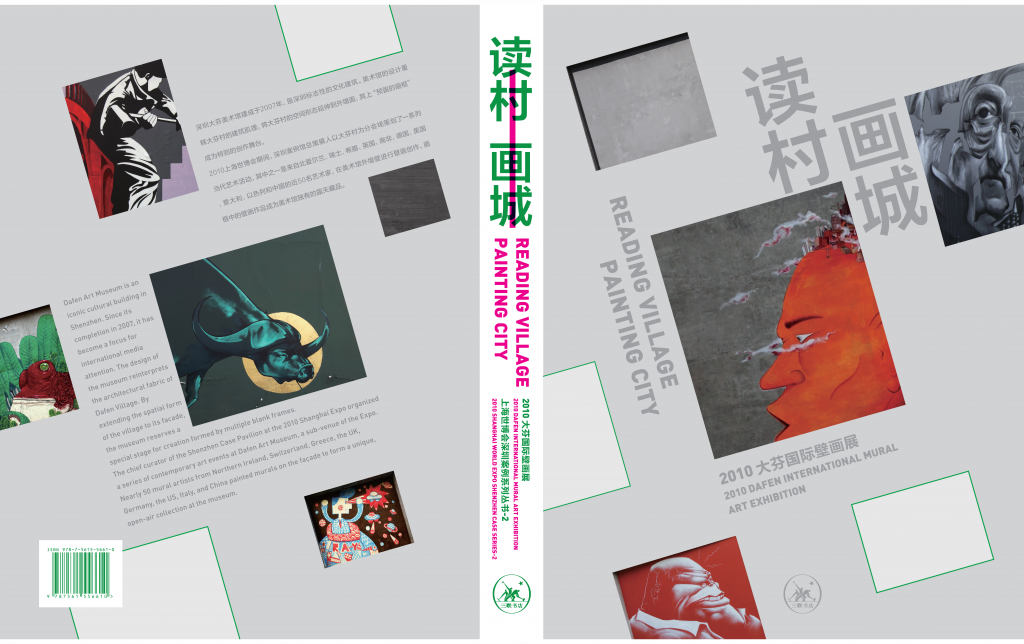 Located in the Urban Best Practice Area of the 2010 Shanghai World Expo, the Shenzhen Pavilion presents a unique exhibition in the contemporary art world with a story about the regeneration of an urban village——Dafen Village in Shenzhen. As echoes of the Expo Pavilion, a series of art activities have been organized at home in Shenzhen, to promote exchange and collision between art events and local culture, and expand the interaction and integration between the village and the city.  “Dafen International Mural Exhibition” is the second art event held in Dafen, building on the success of the “Dafen International Contemporary Art Exhibition” held in May earlier this year.

As an independent art form, the modern mural has been tied with architecture and city since its inception. Recently, it has transcended pure aesthetic decoration of buildings and urban landscape into more thoughtful pursuits of concept, social ideals and artistic expression. Murals enter into urban life as a public communication medium, exerting a subtle influence in their interpretation of culture and context, while redefining public space theatrically.

With the map of Dafen Village stamped on its site-cast outer walls, doubling as expressive art frames awaiting murals, Dafen Art Museum announced its social agenda of regenerating art. The walls of the buildings and alleys around the roof terrace located above the main art gallery also provide the perfect stage for mural painting. Here, murals are no longer perceived as fringe pieces of urban culture, found only in obscure corners of the city, they become an integral complement to the art museum. The murals here are representing the more meaningful innate mission of Dafen Art Museum,  that is to promote culture in public life, as well as promote dialogue between the village and the city it belongs to. The murals are to be married with the building and become part of its life.  The constant painting of murals onto the exterior of Dafen Art Museum is not only a creative process and a lifelong program of the museum, it is also a reconstructive process which will constantly regenerate the museum into a new stage of life.

The 25 artist teams invited are from China, Germany, Greece, Italy, Israel, Northern Ireland, the United States, United Kingdom, South Africa and Switzerland. The styles of their painting are diverse. Together with the world renowned artists; there are also new generation artists from China.

In the name of art, the solid walls of art museums have a special agenda other than just defining the space, it establishes an invisible but distinct boundary between artwork and non-artwork. With murals on its surface, the walls of Dafen Art Museum are redefining the dialogue between public and museum in the direct and intense language of art.  The thick walls of the art museum are no longer a barrier to public participation with art, instead, they are maximizing the interaction between artists and audience, architecture and urban life.

There is always a need for people to enrich their urban living environment with art; the presence of murals in public spaces reflects the people’s desire for sensitivity and emotional expression. Murals could be a means of improving neglected urban space, especially urban spaces in contemporary Chinese cities, which are lacking in emotional expression and vitality due to rapid development and urban expansion.

We also hope that through the involvement of mural painting, Dafen Art Museum can become a place of convergence for artistic energies.  We hope that this mural exhibition is the beginning of a new method to regenerate urban public space, and demonstrates the possibility of a more open and versatile public art space in the city. Our goal is to stimulate the enthusiasm of public interest in the city and its cultural life, to encourage people to discover the potential and meaning of those neglected and overlooked urban spaces.