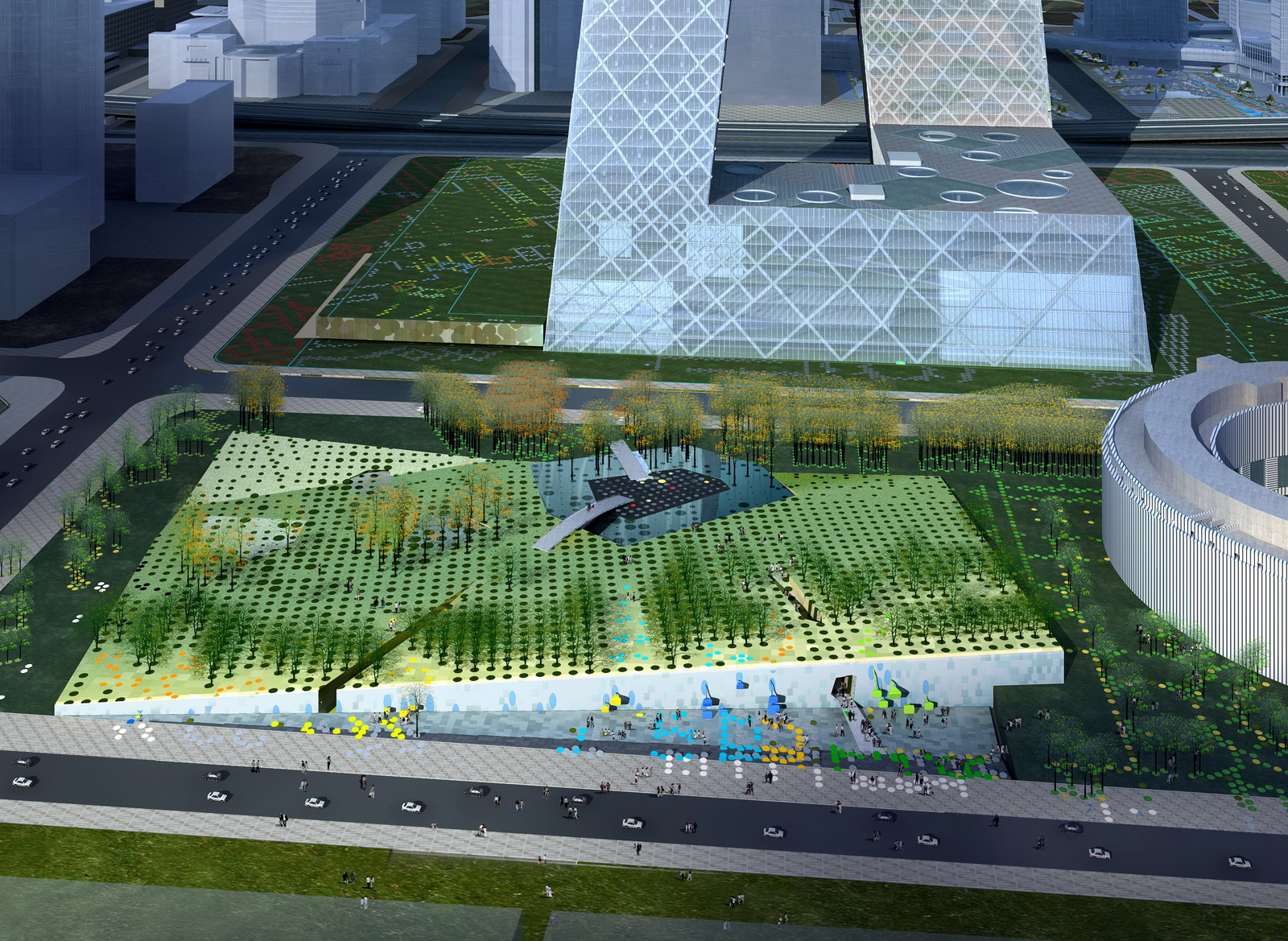 The CCTV Media Park, located in the CBD area of Beijing, is an open space within the CCTV complex. Although the question still remains whether or not this project belongs to the city or to the complex, it is meaningful to study how media can configure public space.

The scheme balances the contradictions between public and private. Its main space is an elevated patterned platform. On the one hand, it would have been easy to simply cover the shallow foundations of former factory buildings on the site. On the other hand, it helps to separate the part of CCTV from that of the city. By rotating this platform, a tiny long triangular space connecting the two main city roads is created, acting as a TV plaza. The retaining wall of the raised platform provides the plaza with a backdrop wall, with an array of monitors that display different television programs. Watching television is often an individual affair, but here it becomes a communal experience- to connect people together within a public space. The raised platform inherits OMA’s pixel concept for the CCTV master plan.

Here, the pattern is not very Piransian; it is a homogenous matrix of pixels, which makes the park itself like an enormous monitor. Each pixel is replaceable by different types of plants, making this “TV monitor” transformable over time. The choices of planting are determined by the staff inside the CCTV tower, who look into the park every day. This game becomes a way of managing public space. After the Industrial Revolution, human beings became alien to the land, and landscaping was just a profession, limited to few people. Urban greenery was only visual, devoid of public participation. In this project, however, the pixel concept uses planting as “media” to make public space more enjoyable and engaging.