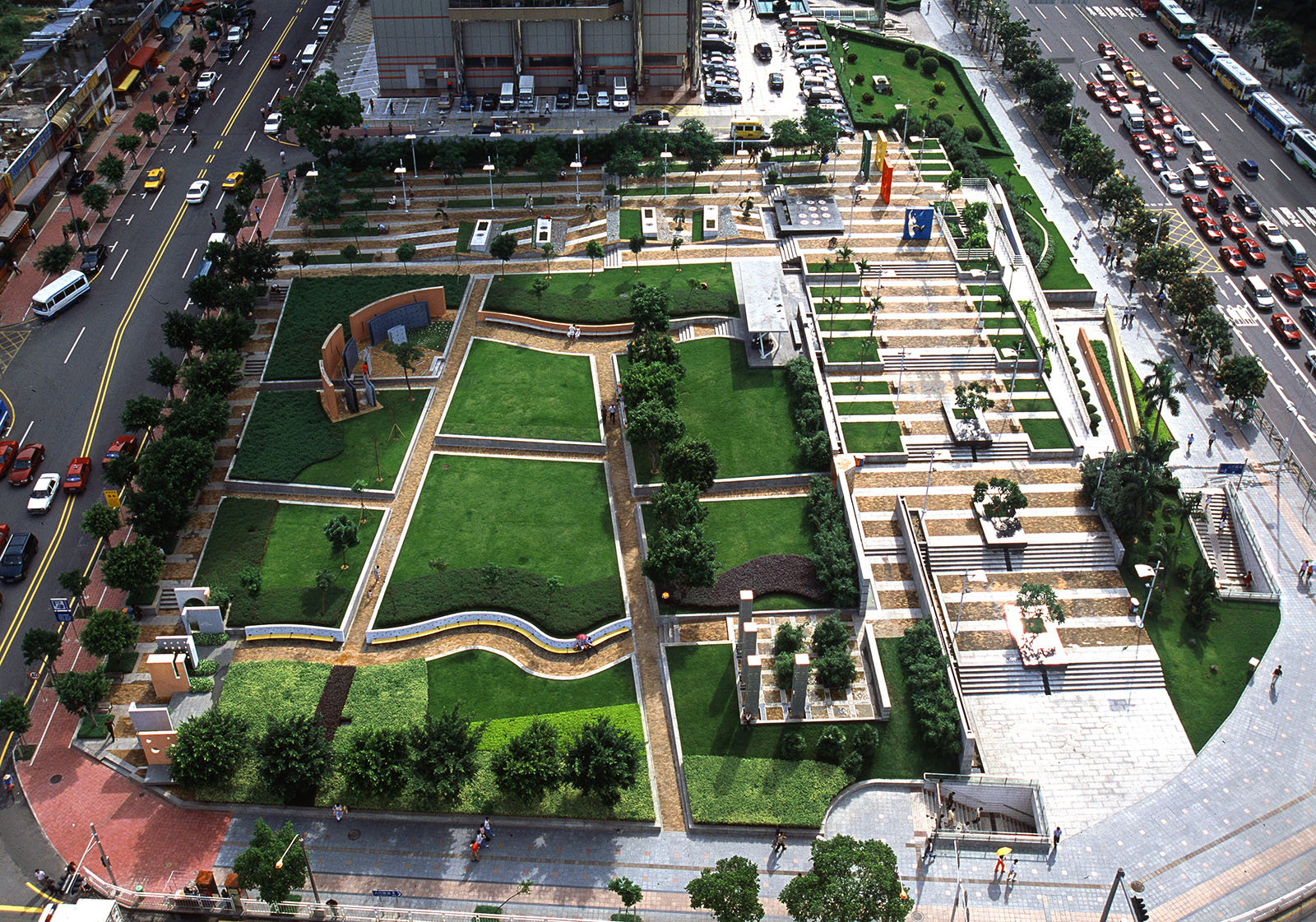 This is the only project put into operation among all the projects in URBANUS’ large-scale urban renovation plan for the city of Shenzhen in 1999. The design attempts to, by means of landscape design, integrate urban voids separated by building complexes in the neighborhood. It also tries to link with the city’s public space system, new subway entrances, overpasses, and underground business spaces that are segmented by fast urban traffic. By reconfiguring the urban surface system, the architect weaves an endless network of public space, designing venues for public activities, and pieces together scattered public land into an integrated open space system.

The space composition of the project is quite simple- two vertical and escalating pedestrian streets which link themselves with walking spaces and the subway station on the west, large-scale business centers on the south, and a planned flyover on the north. The remaining sloped land is designed into a themed terrace garden. This terrace was a land lot left behind during the rapid urbanization process, but it was specially reserved in this project. The new garden means an experiment to add artificial landscapes on the original natural landscape, and an attempt to conduct cultural integration. By re-interpreting and transplanting traditional themes, the architect brings a cultural landscape to this young commercial metropolis. People get a new window to observe the city via these themed landscapes.

Unfortunately, this public space project was demolished just two years after it was completed and replaced by a large-scale business center project that it planned to link with. This fact provides a clear example of how China’s urbanization is both insane and uncertain.