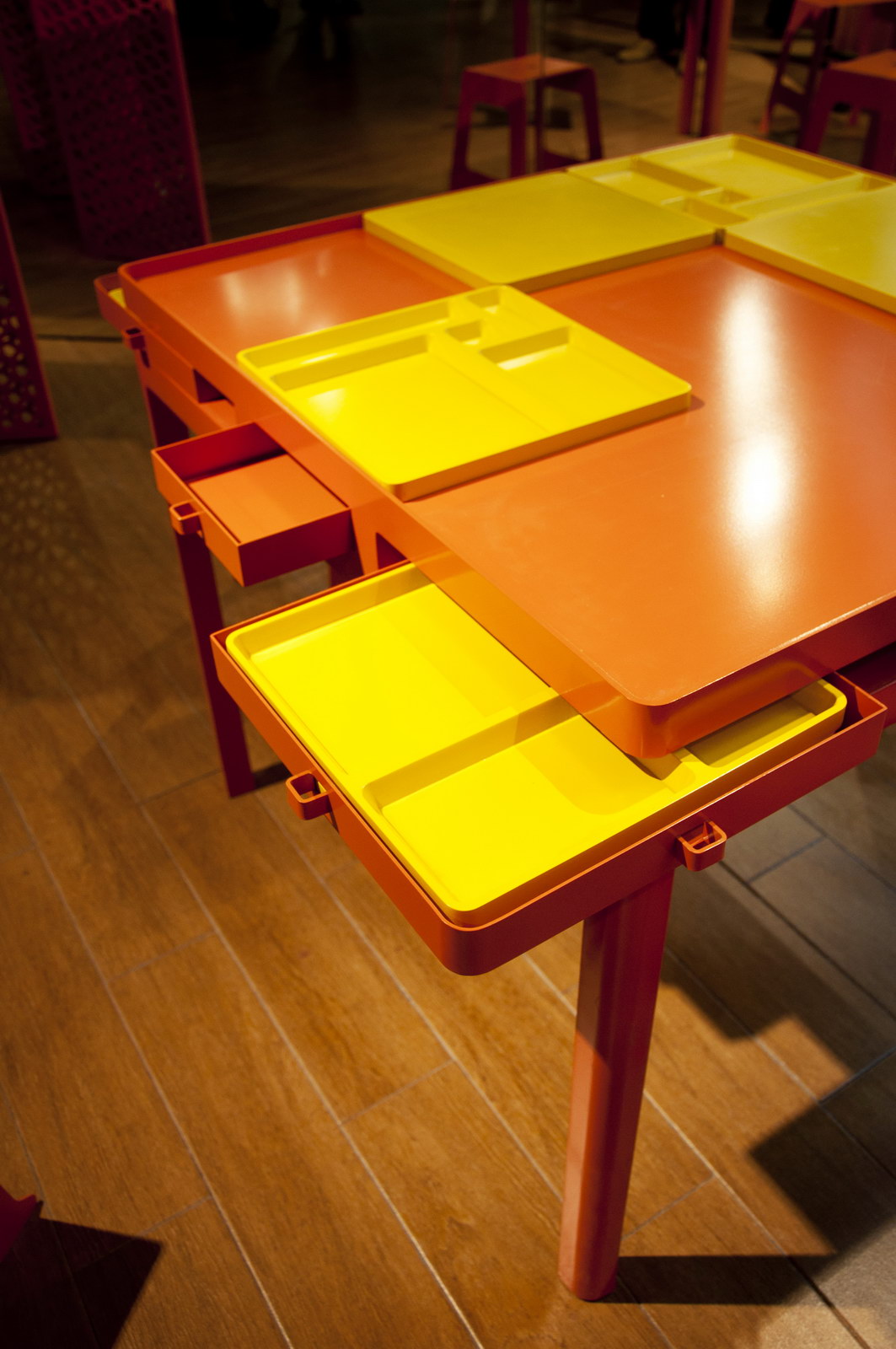 URBANUS was chosen as one of four initial designers for the COPY YOU project, an “open-source” platform for design in which each round of development involves the copy and adaptation of the other designers’ work, in order to create a new product, and eventually a full series of adaptations descended from the initial design.  That first round of design would itself be copies of existing Chinese products. In March of 2013, THE NEW ORIGINALITY exhibit [开放式原创——生活设计展] opened in Guangzhou to display prototypes of the premier editions.

The intent of URBANUS was to re-imagine objects from the lives of working class Shenzheners. In much the same way that these workers make and use copies of Western products, here their own vernacular products would be copied and adapted for consumption in the West. In a reverse “shānzhài,” [山寨] rather than modifying a western product for the Chinese market, the Droog imitation makes a targeted change to bring the product up-scale to conform to (or challenge) the Western market. The URBANUS collection revisits the Da Pai Dang, complete with tables for eating and mahjong, multiple stools, paper lanterns, and dividing screens.