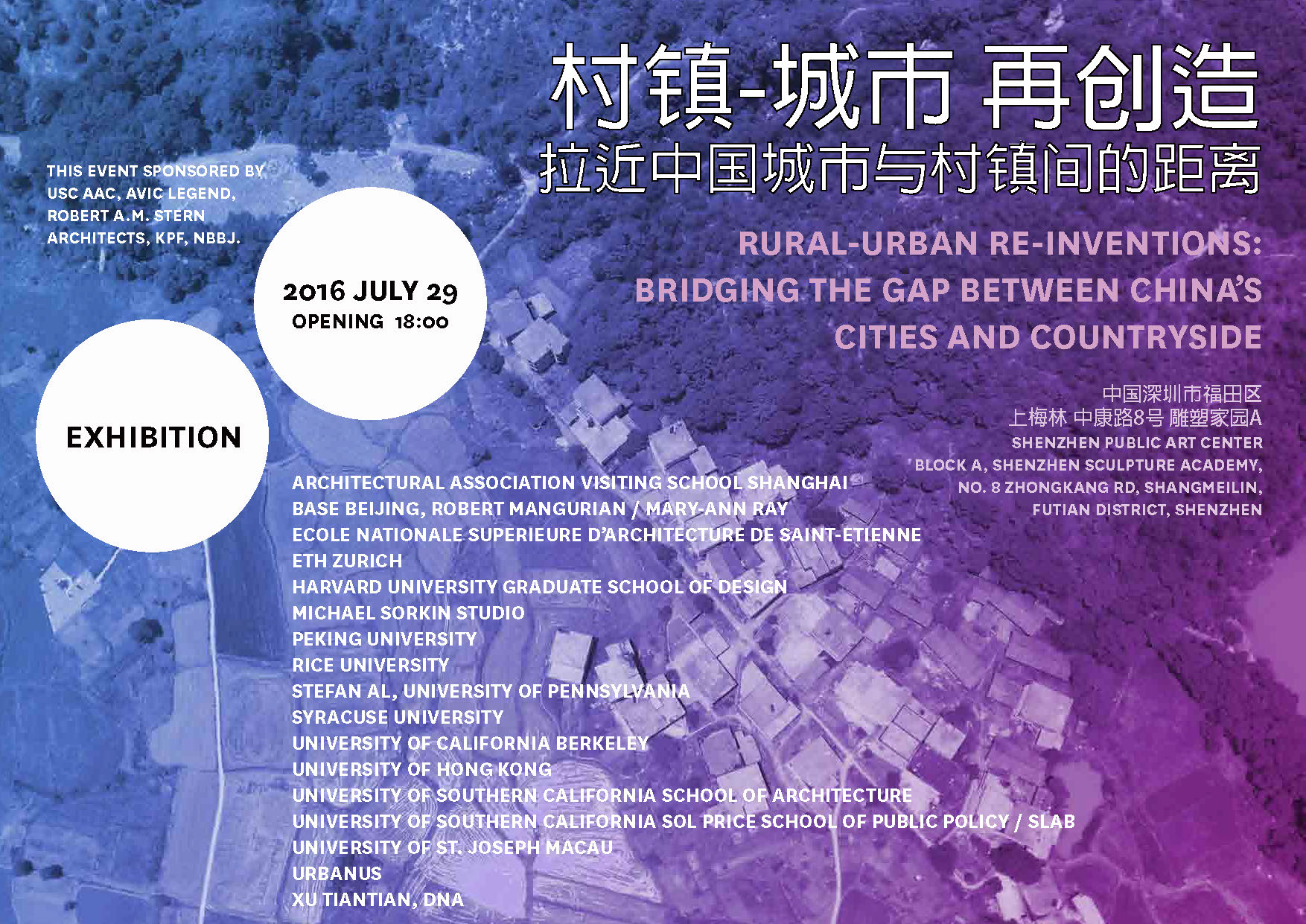 2011 Origin: During a research visit to Old Hubei Village, URBANUS partner Meng Yan was very surprised by the fact that a 500 years old village still exists in the core area of Shenzhen, a city generally known as a history of just over 30 years. Old Hubei has a clear, integrated spatial layout that helps fully preserve the traditional living habits, customs, and culture of Teochew tenants. Through various consultations, Meng Yan learned that the old village was under high risk of being demolished and reconstructed. Therefore, Meng Yan built a team in Urbanus andstarted a research of the history and current situation of Old Hubei, meanwhile,  using the resources around him to encourage relevant people to concern about this old village.

2012 URBANUS launched a workshop at E6 Space to discuss about the possibilities of how to preserve the old site of Hubei Village and its regeneration, with inviting representatives of Old Hubei villagers, architects, urban planners, scholars from Shenzhen University, government representatives, media reporters, and Zhang Jingwei, a famous director, and a Taiwan Golden Horse Prize winner who was one of the Hubei villagers, etc. Meanwhile, URBANUS architects sought a better regeneration plan from a professional perspective where both the park and the old town could be preserved. The study was made into a report, and the entire process and participants were completely voluntary and self-funded.

2012 URBANUS handed in the report to the Government of Luohu District, together with a letter by Meng Yan, addressing to the Secretary and governor of Luohu District. Meng Yan illustrated the value of Old Hubei to Luohu District and the city of Shenzhen. The feedback from the government was positive and affirmative.

2012 The key officials in charge of Luohu District held a meeting with the senior managers from the developer, China Resources (Holdings) Co.,Ltd. and Meng Yan from URBANUS to explore a win-win possibility. URBANUS suggested that China Resources could absolutely pursue both of their economic benefits and the preservation of  the culture heritage of the city even without complementing massive demolition in the old village. After that, China Resources formally authorized URBNUS to undergo a special study and research on preserving and regenerating the Old Hubei Village. Upon Meng Yan’s advice, Prof. Rao Xiaojun of Shenzhen University took charge of the surveying and mapping of the old Village. Later, Meng Yan organized and took a group of relevant people from China Resources, Huayang Design, the company which was in charge of this project, to make an on-site investigation of the old village. A common conclusion was made from various parties that the old village was well worth being preserved.

2013 URBANUS kept on the study and research of this project, held workshops, and finally presented a proposal on how to preserve the complete layout of the Old Hubei Village to the developers. Shenzhen University also presented their research report in the meantime.

Three years since then, in May 2016, the developer published their developing plan, in the name of protecting the Old Hubei Village, by “removing, demolishing and creating” the Old Village. As soon as this plan was published, it was widely believed that the plan would completely destroy the old Village in the name of preserving.  And this has triggered a series of significant discussion about the future of Old Hubei Village.

Due to the lack of a better communication system for people to question the developing plan of the developers, a group of people from various fields of culture, social studies, urban planning and architecture initiated a plan called “Hubei Old Village 120 Cities Public Plan”. On July 2nd, a workshop named “A Win-win Possibility: Preserving Old Hubei Village & Luohu’s Regenerating” was held. More than 100 people participated in this workshop.  The proposal “Hubei Consensus” was announced as a result of the event.

On July 3rd, 83-years-old Prof. Ruan Yisan, a famous promoter to protect ancient heritage sites in China, came to Shenzhen to attend the forum “a Dialogue on Hubei” to show his support on preserving the old village. These activities have aroused extensive attention from the society and have also been specially reported by CCTV and other local media.

On July 5th and 7th, Southern Metropolis Daily published the responses from the department of Cultural Relics Preservation, the developer and the Luohu government on this issue. The Luohu Regeneration Bureau responded to protect the Three Vertical and Eight Horizontal spatial layout of Hubei Village; however, the information on the specific range and area haven’t been provided. Conflicts among different opinions and perspectives will determine the future of Old Hubei.