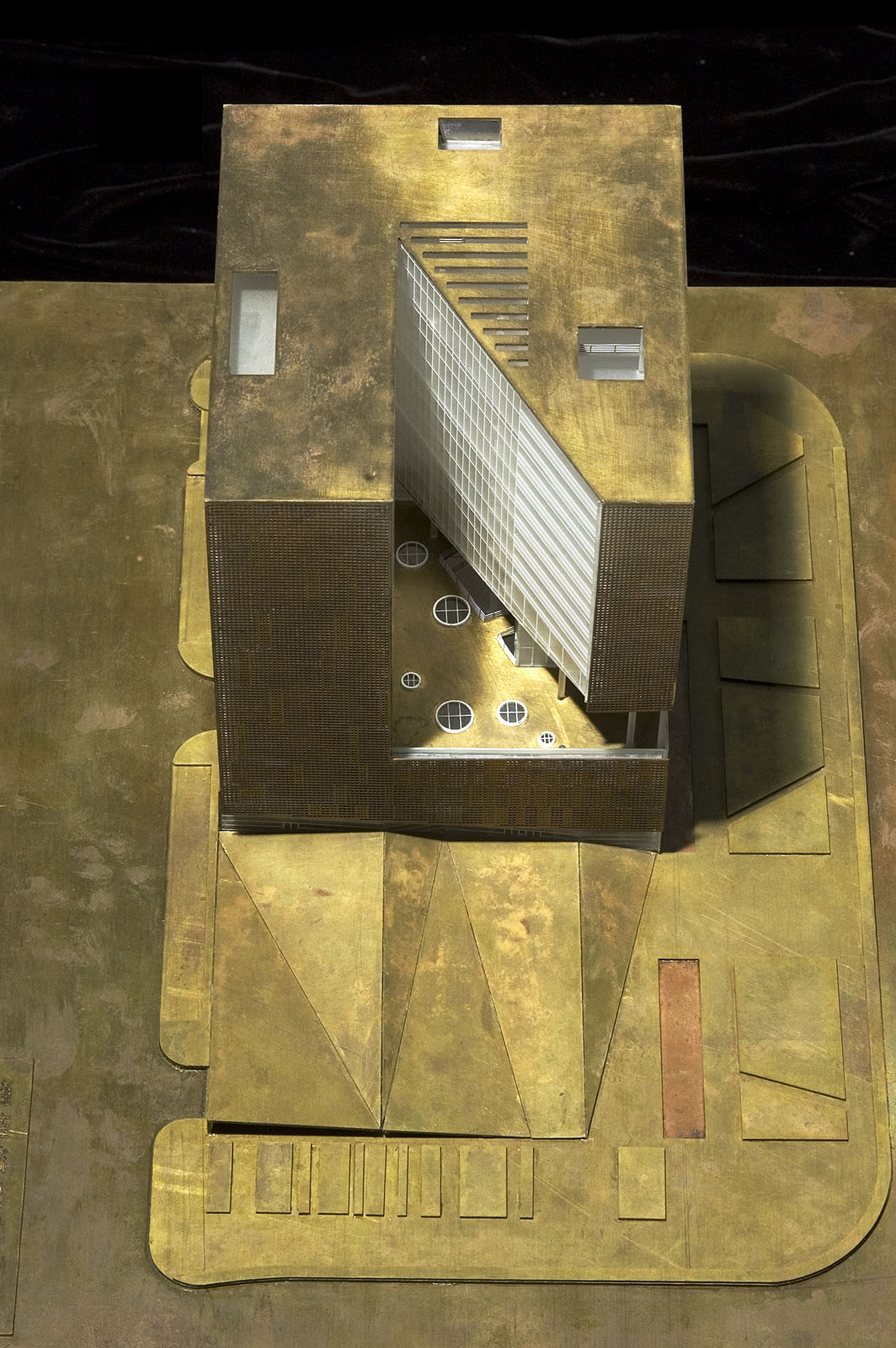 This project intends to explore the extra-high densities of contemporary Chinese cities and its effect on the urban culture. As an urban strategy, a good design should let buildings demonstrate relationships within the existing urban structures, as well as shape and stimulate new living conditions.

Although the site is initially prepared for a library and the information center laid in parallel, our solution is to stack them vertically to form a 60-meter-high cube, freeing up half the site. Therefore, building density is highest on the eastern side, while the western side has no building density whatsoever. The advantages of such a layout is two-fold.

First, the library becomes an impressive civic icon with a generous front plaza. The centralized volume formed by a stacked program draws a sharp contrast with the surrounding buildings, creating a significant landmark in terms of massing and spatial organization.

Second, a conventional façade design could not enough to combat the problems of urban congestion in this area. This new elevational approach moves away from a mere articulation of elements, and towards a true exhibition of interior activities, which almost spill out into the urban spaces outside.