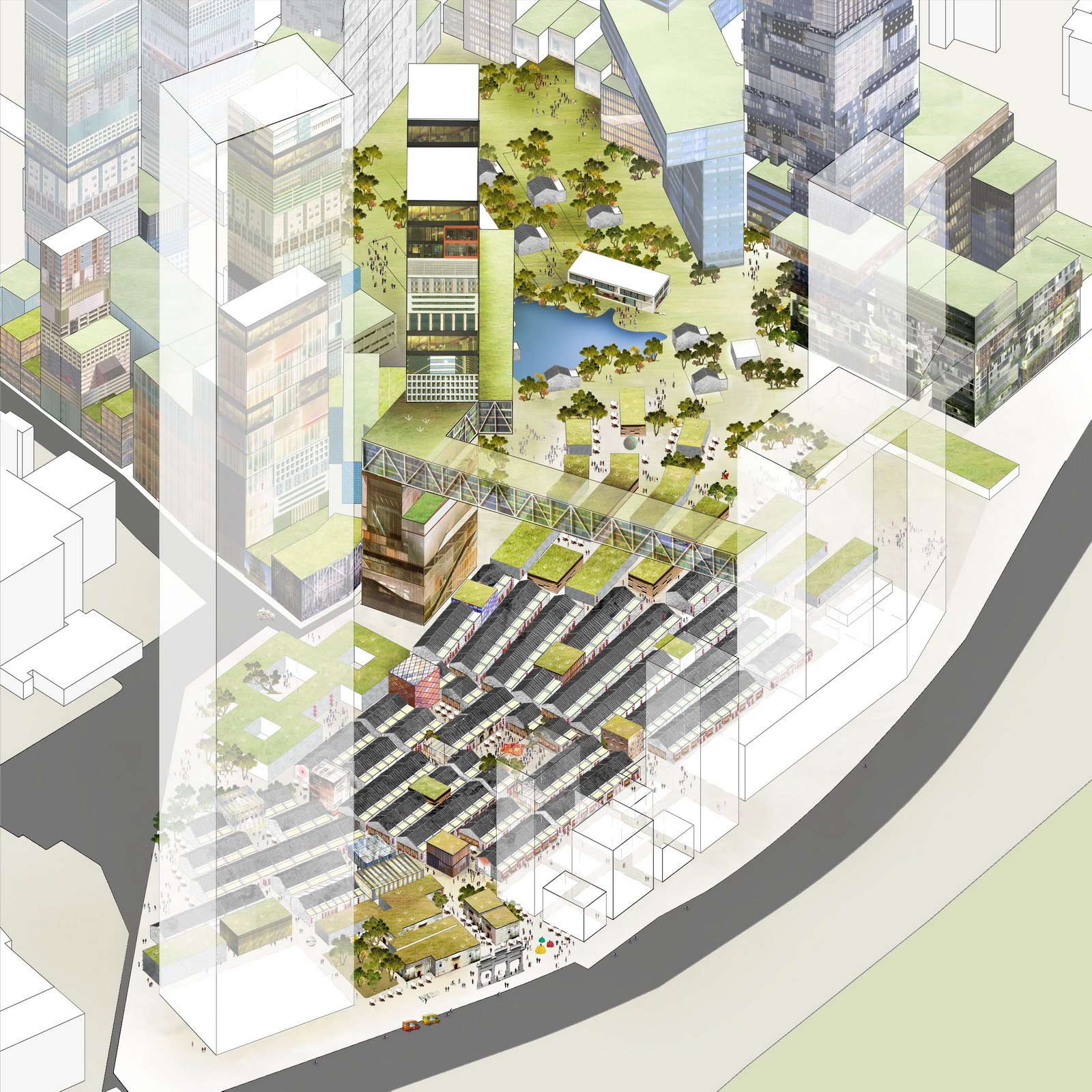 Old Hubei is a 500-year-old natural and aboriginal village of Shenzhen. It maintains a complete ‘three vertical and eight horizontal’ village spatial pattern as well as the old houses built of decorated gray bricks, meanwhile, the folk customs of the village remains diverse. It is the last remaining case in Shenzhen, a historical treasure awaiting its discovery.

During 2012 to 2014, URBANUS team studied the transformation models and adjusted the current urban design to try to preserve the original fabric; meanwhile, the project development demand is satisfied. The great majority of old village’s buildings are preserved while new functions besides residential are also introduced. Some buildings with poor quality can be gradually repaired and reconstructed. The park next to Old Hubei offers a rare green resource within the towering urban environment, permeating and activating Old Hubei. The proposal explores a more 3D and high-density hybrid urban typology through the creative regeneration of Old Hubei, and a new way of urban renewal will be found.

Three years since then, in May 2016, the developer announced their latest development plan, in the name of protecting the Old Hubei Village, by “removing, demolishing and recreating” the Old Village. As soon as this plan was made public, it was widely believed that the plan would completely destroy the old Village in the name of preserving. And this has triggered a series of heated public debates about the future of Old Hubei Village. Due to the lack of a better communication system for people to question the developer’s plan, URBANUS, a group of people from various fields of culture, art, social studies, urban planning and architecture initiated a plan called “Hubei Old Village 120 Urban Public Project”. These activities have aroused extensive attention from the society and local media, and have also been supported by Prof. RuanYisan, a famous promoter to protect ancient heritage sites in China.