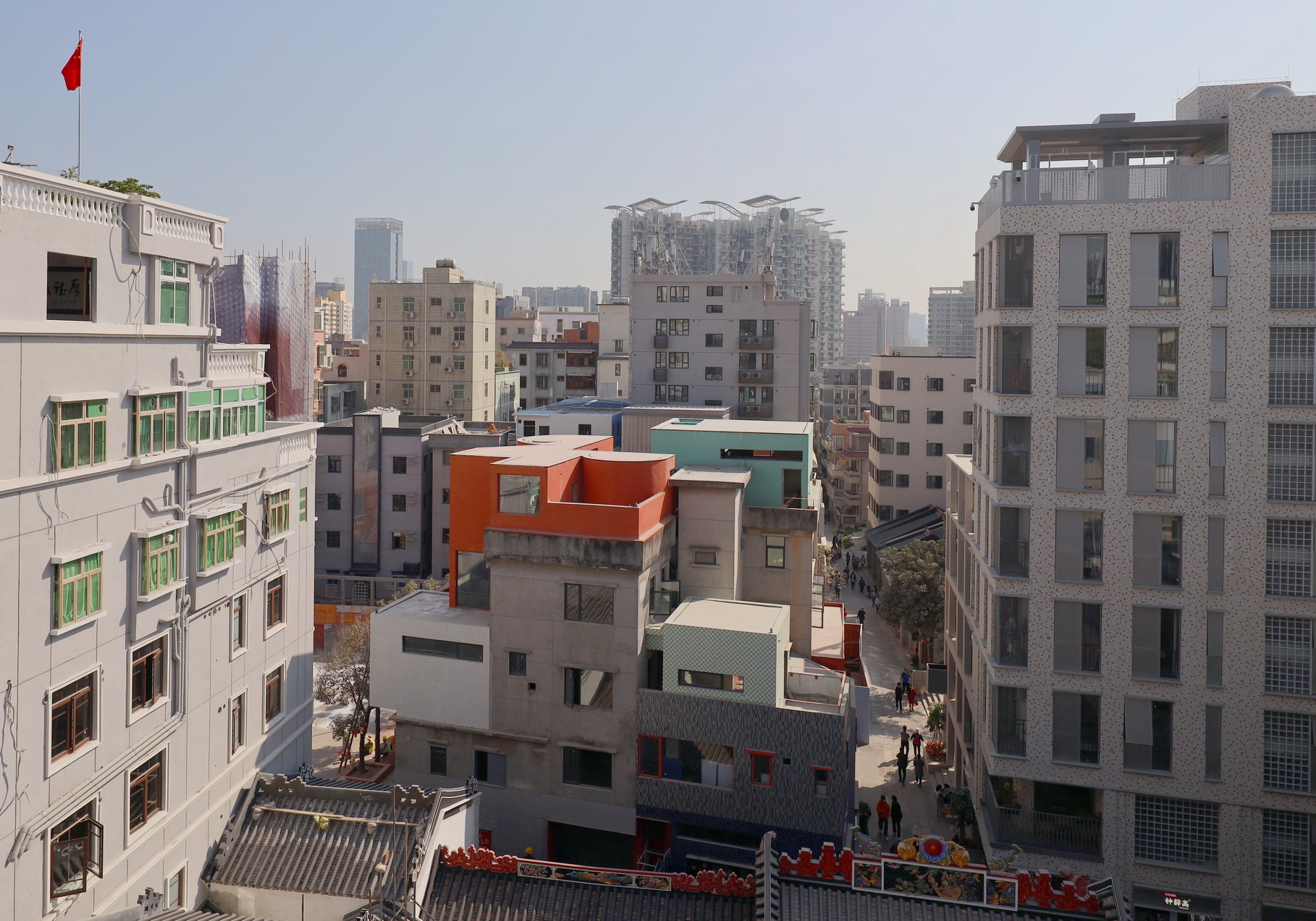 Nantou, where a hidden millennia-old town and a lively urban village collide and integrate, has been simultaneously written in the grand national narrative while living the trivial daily life for over 20 years. The dream to re-live certain historical fiction of “Nantou Old Town” has always been lingering over the “Nine Streets” and never dissipated.

At the junction of Zhongshan South Street and Zhongshan East Street, five buildings of different heights and styles are tightly clustered together. They grew wantonly over the years, preserving the old while incorporating the new. Unlike most of the buildings on South Street that were refurnished once and for all, it does not rewrite the lost history or paint over the faces of Nantou, but rather preserves the complexities, contradictions and conflicts of the existing buildings.

Trace of additions and transformations, as well as replacement of materials, has been retained in the repoussé and chasing of both the interior and exterior. Two new volumes, one rectangular and one curvilinear, one solid and one void, are juxtaposed on the rooftop, with a small roof garden hidden within.

The “Hybrid Building” is an experiment in the evolution of “Urban coexistence” in Nantou, which demonstrates a gradual regeneration strategy of preserving the layers of history: to overlay rather than to replace.