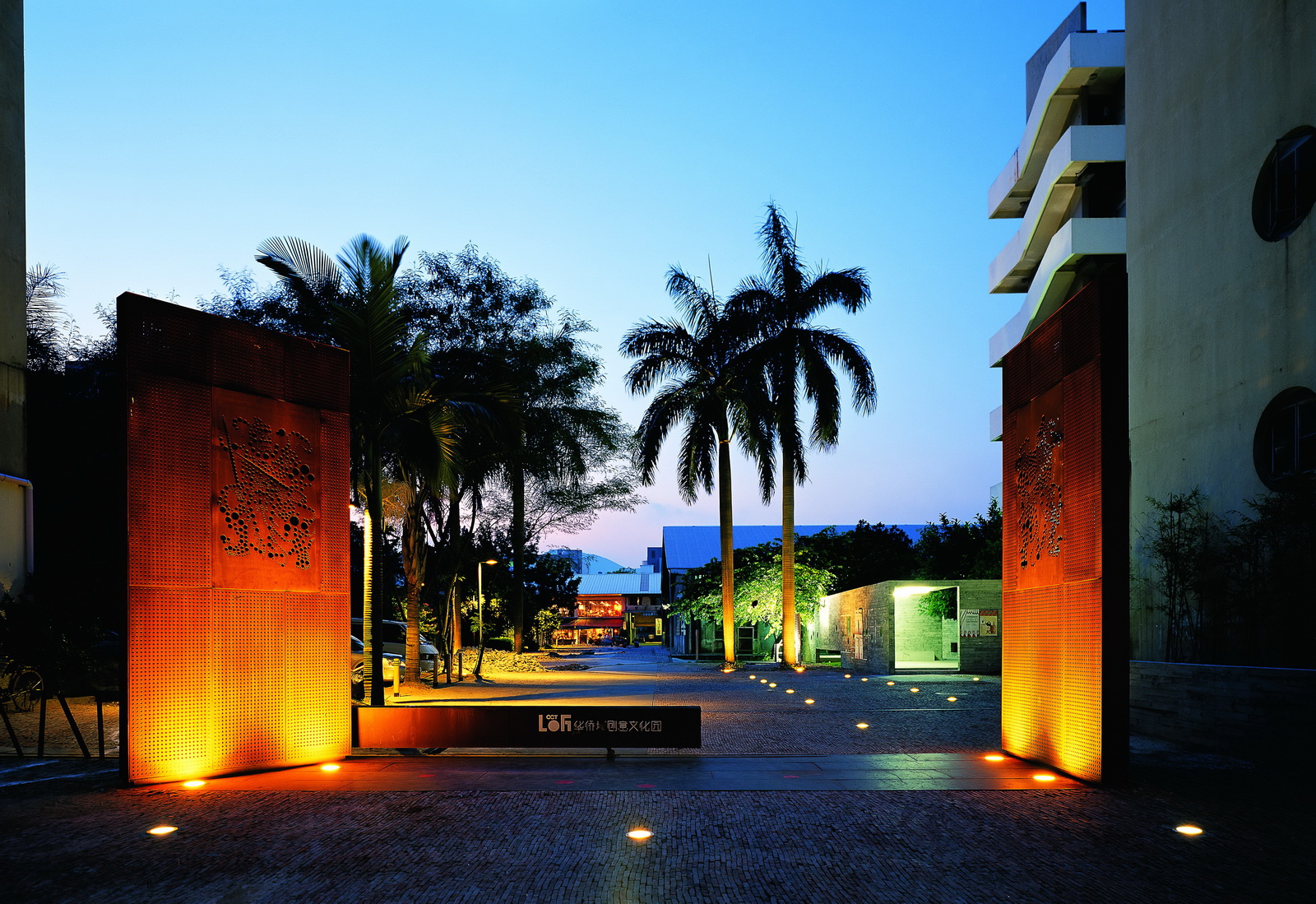 The site currently has over dozens of early factories, dormitories and storages left vacant from the ‘80s. The factory has a modest appearance in the midst of a mixture of middle class residential areas and Disneyland-type entertainment zone. As time passed by, they became vacant and industrial activities declined.

In 2003, the Hexiangning Art Museum decided to set up a non-profit contemporary art center in one of these warehouses, called OCAT. The plugging-in of the OCAT set up an interesting paradigm in the beginning of the industrial area’s regeneration. The master planning team’s intention was to replace and fill up the buildings by applying the new spatial form with small-scale operations and improvements on infrastructure. They started by adding programs to existing structures to adapt to the function of the art centre; the empty lots between them are intended to be filled with galleries, bookshops, cafes, bars, artist ateliers and design shops, along with lofts and dormitories. These new additions filled the open spaces and set up new relationships between buildings by wrapping and penetrating the existing urban fabric. They also created a second layer of urban spaces which tries to set up a dynamic, interactive and flexible framework to constantly adapt itself to the new conditions posed by the vast changes of the city.

One of the biggest potential of successful creative parks is their ability to promote the communication between creative organizations at various levels. The second stage of the renovation aims to reposition the overall branding image and the strategic planning distinct from the south. The existing network, landscape and post-industrial buildings with the social network are interwoven to encourage public use. They enhance reappropriation of the abandoned spaces, replacing them with new activities. The project is intended to articulate and visualize the dialogue not only for the revitalization of the industry imprint, but also for the cohesion between the old and the new participants.