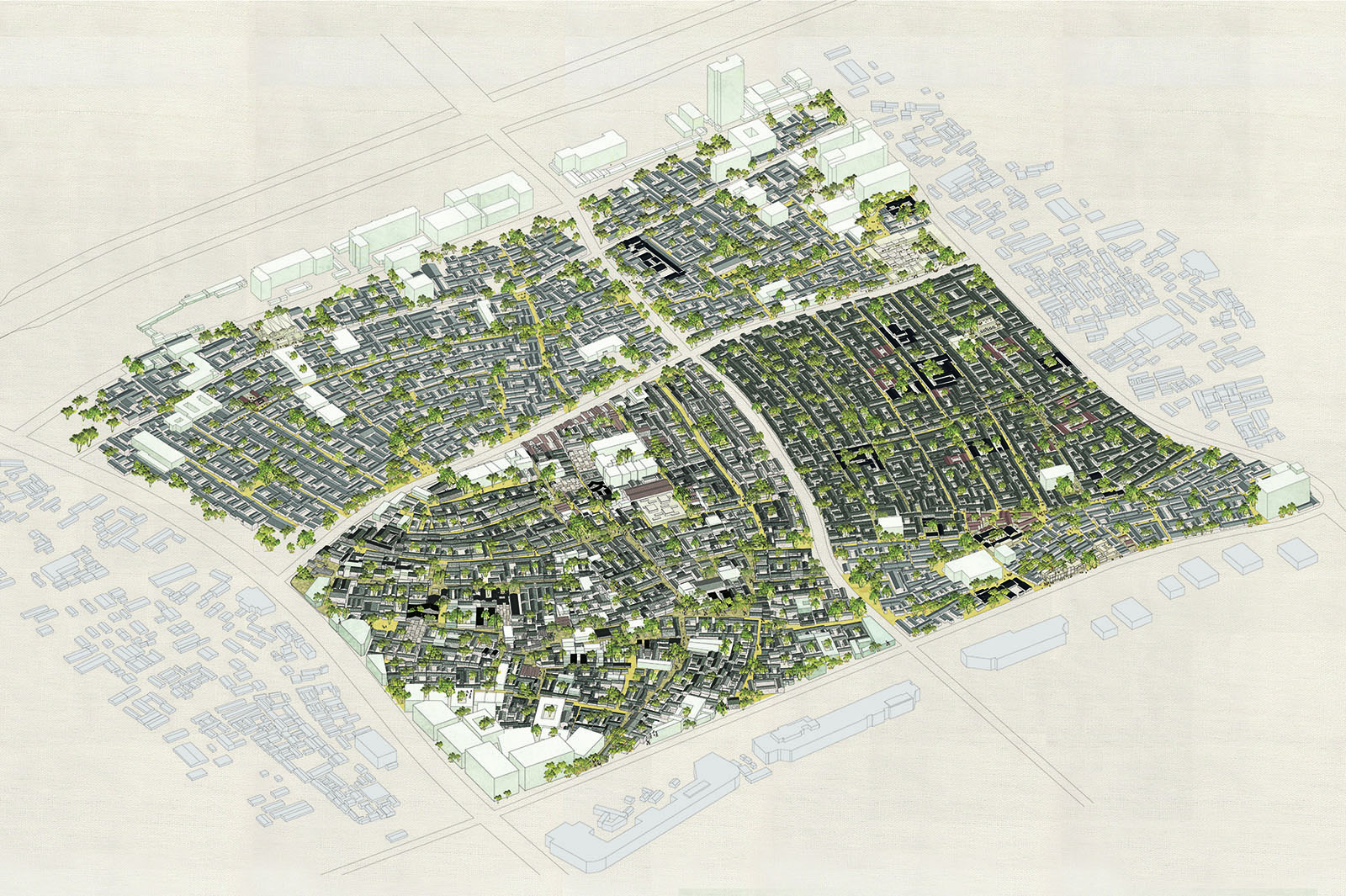 Since mid-20th century, the conflict between encompassing modern living’s “grandness” and the preservation and regeneration of the “details” of a traditional lifestyle has been a challenge to the capacity of Beijing’s city space. An era of “large-scale” developments ended with the opening of Beijing Olympics in 2008; since then, the city has shifted its focus onto a “detail-oriented” plan to improve the quality of “living” space. This change in scale thus foreshadows the city’s re-evaluation of quality, human nature, multiplicity as well as the value of individuality. In turn, our design ideals have also changed from macro to micro, and from “master planning” to “detailed thinking”.

After a century of evolution and change, Beijing’s Xianyukou Area has yet maintained a rather complete set of the unique architectural Alleyway and Quadrangle layout. Compared to the ones in the northern part of the city, the quadrangles within this area are small in scale, irregular and atypical in shape, and more diverse in the usage of space and living patterns. Our research presents evidence which suggests that it is precisely this type of intricate, unconventional alleyway and quadrangle layout that will have the capacity, as a spatial structure, to lead the new city living trend onwards. The city should endeavor to preserve this valuable infrastructure and hope to, based on this solid foundation, develop a government led, professionals designed, and inhabitants involved new community platform for the entire to share.

By fall 2014, URBANUS and team had spent six months researching the area; fully utilizing the efficiency of computer algorithms, the team was able to overlap design, preservation, and marketing data in the creation of a systematic plan to preserve and regenerate the area. The desired outcome of this plan is to achieve a balance amongst the revitalization of the historical neighborhood, the continuation of memory in the city’s history, and the future development of Beijing’s city living experience. We designated this area as an innovative neighborhood which still embodies characteristics of the old Beijing lifestyle. Aside from rearranging and organizing the urban layout, we specifically designed a controlled guiding system to preserve, renovate or upgrade 499 quadrangles within the area, making possible the simultaneous continuation of cultural history and the emergence of an inclusive innovative urban lifestyle.

We attempt to understand the present by tracing through history. Based on this conception, we categorized, classified and generated data by a controlled method that would, to the greatest capacity, include the area’s architectural and cultural history while preserving the comfort of living, the traditional tightknit family environment, as well as the sharing characteristic of smaller modern families. In other words, this plan is an endeavor to neutralize the co-existence for the native Beijing inhabitants and new urban migrants within this complex and diverse city space. Setting each quadrangle as a unit, we attempted to obtain a “micro plan” using digitalized urban design data that would not only avoid the eradication of cultural history commonly seen with gentrification processes but also surpass the tedious efforts of small-scale renovations. In the long run, we would be able to track any occurring changes to the area and act based on the constantly updating data. Through the intricate alleyway and quadrangle layout and a rich spatial context, we hope Xianyukou Area will be able to contain and sustain coherently the lives of various smaller communities as a highly diverse social neighborhood.