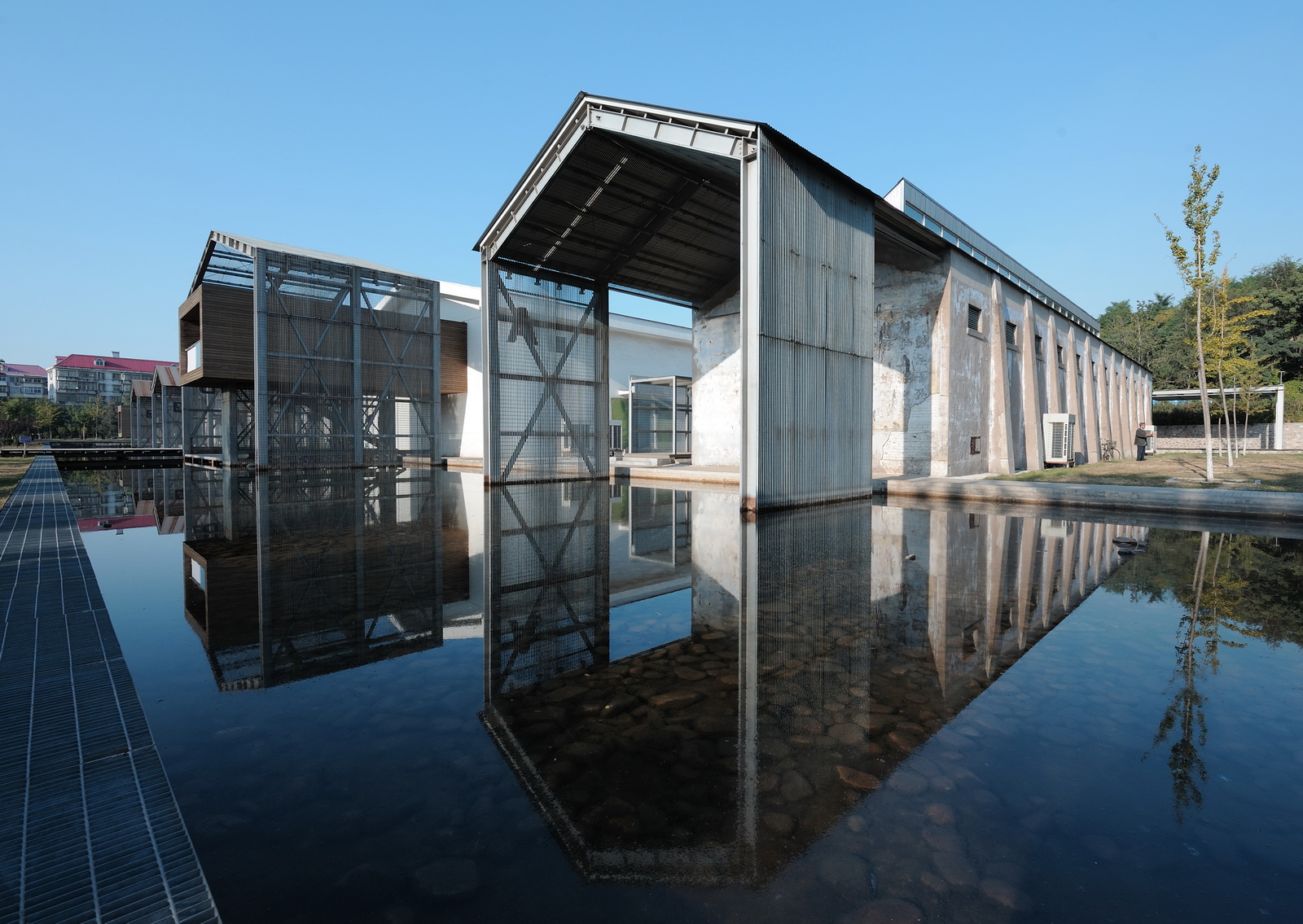 Tangshan Urban Planning Museum is located in the old flour mill on the western slope of DaCheng Hill in the downtown area. After the relocation of the factory, the area was transformed into a park. The original four warehouses built during the Second World War and another two built after the earthquake, are preserved as showrooms in a museum park keeping the memory of the old city.

The six parallel buildings are rhythmically perpendicular to the hill. The new additions are designed to intensify and organize this rhythm, as well as to link the hill to the city with a rhythmic pattern: the hill – the garden at the foot of the hill – the courtyards between the warehouses – the museum park – the urban street. Through using new materials in contrast with the old, exaggerating the old warehouse profile, connecting individual structures with the pool and corridor, and not disturbing the visual relationship between the warehouses and hill, the additions made to the existing site are minimal so as to highlight the beauty of the original structures.

In recent years, the urbanization movement has been as devastating as the 1976 earthquake in Tangshan, as it erases the city’s contemporary architectural history. Unlike life in the fast-paced first-tier cities, the rebuilt city has a spiritual simplicity that responds to the simple local lifestyle. The essence of architectural preservation is to preserve such simplicity. The planning museum fulfills this task. Inside the exhibition hall, visitors can imagine the future of the city, and outside of the pavilions they can still sense the city’s history. This balance is helpful to evaluate the strategy, stance, and value of new urban construction strategies. This design asserts that urban renewal is not an unstoppable earthquake.