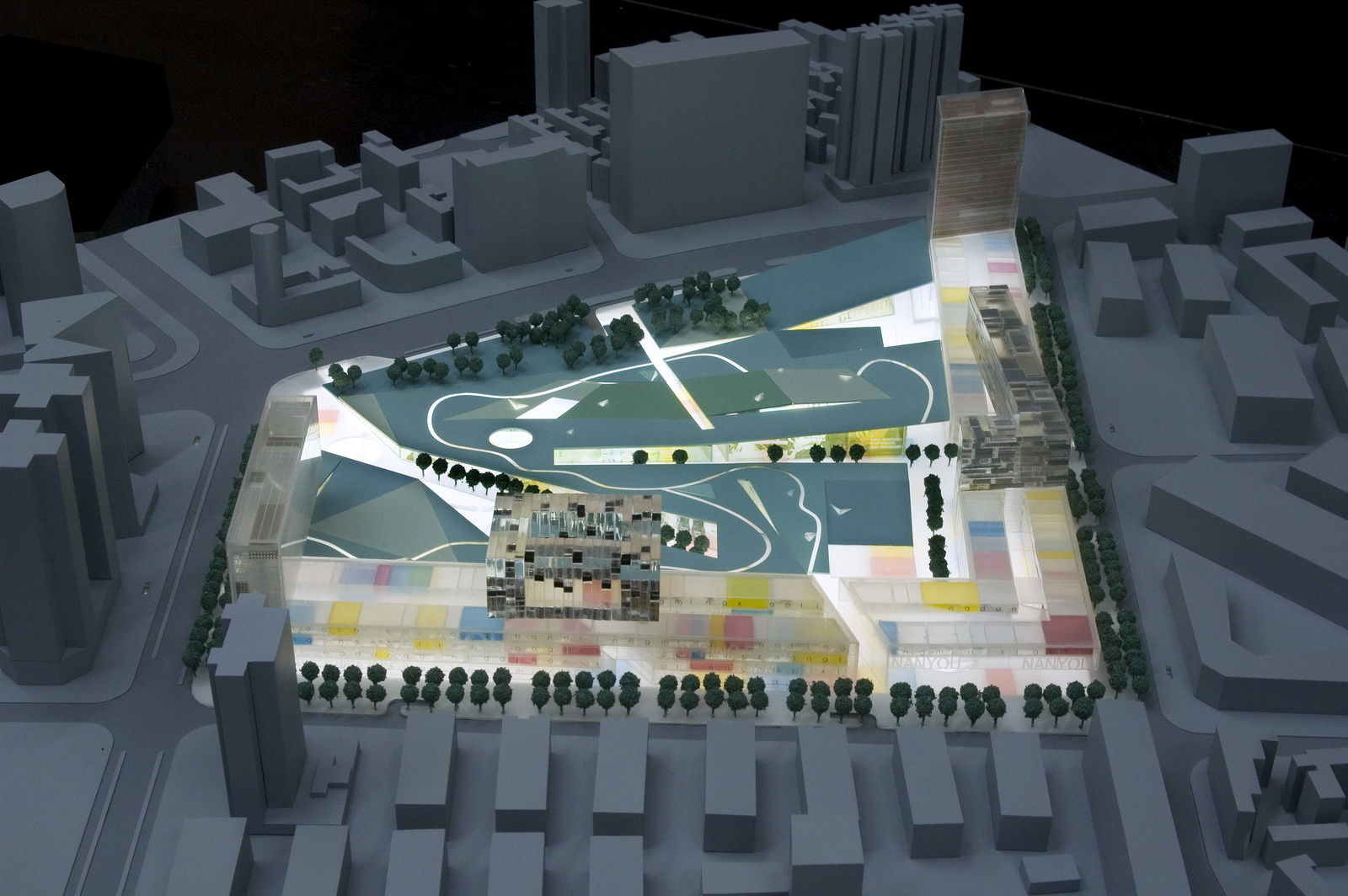 The site is located in the geometric center of several commercial zones in Nanshan District, Shenzhen. Bounded by major thoroughfare and shopping streets, its 150,000㎡ area has strong potential to become a multi-functional retail and entertainment center, due to easy accessibility and other infrastructure conveniences. The original plan was to build a 300,000㎡  mixed-used complex with retail, offices and high-rise residential buildings. However, new zoning changed the land use from commercial to park use. This zoning completely made the original plan useless, and the developer demanded compensation for the price paid for the land, as well as a new site for development. URBANUS was asked to propose an alternative strategy to try to satisfy both the government’s need for a park and the developer’s interests.

The idea became to combine a public park with large-scale retail space, as well as to add programs like office buildings, a hotel, rental apartments, and lofts in order to develop a 24-hour hybrid city. The key concept here is to build a terraced park with retail underneath: several pedestrian paths cut through the raised park and become shopping streets. As extensions of the existing street pattern around the site, these cuts all have different widths, with different functions and characters. The site is divided into properly scaled blocks to increase pedestrian traffic through the site from different directions. This could raise land value by adding more ground floor retail areas and by improving accessibility to each block.

To become a real urban attraction for shoppers and commuters alike, the proposal tries to set up a strong spatial link to the city. Along the southern and western boundaries, an “L” shaped commercial strip is added with openings and corner squares to draw people from the surrounding neighborhoods. It re-defines the relationship between work, leisure and commercial spaces. Encouraging maximum overlapping and interpenetrations, the park and retail inter-twine with one other. Several independent pavilions float above the strip to accommodate both a mix of functions, as well as a strong urban identity for the entire area.