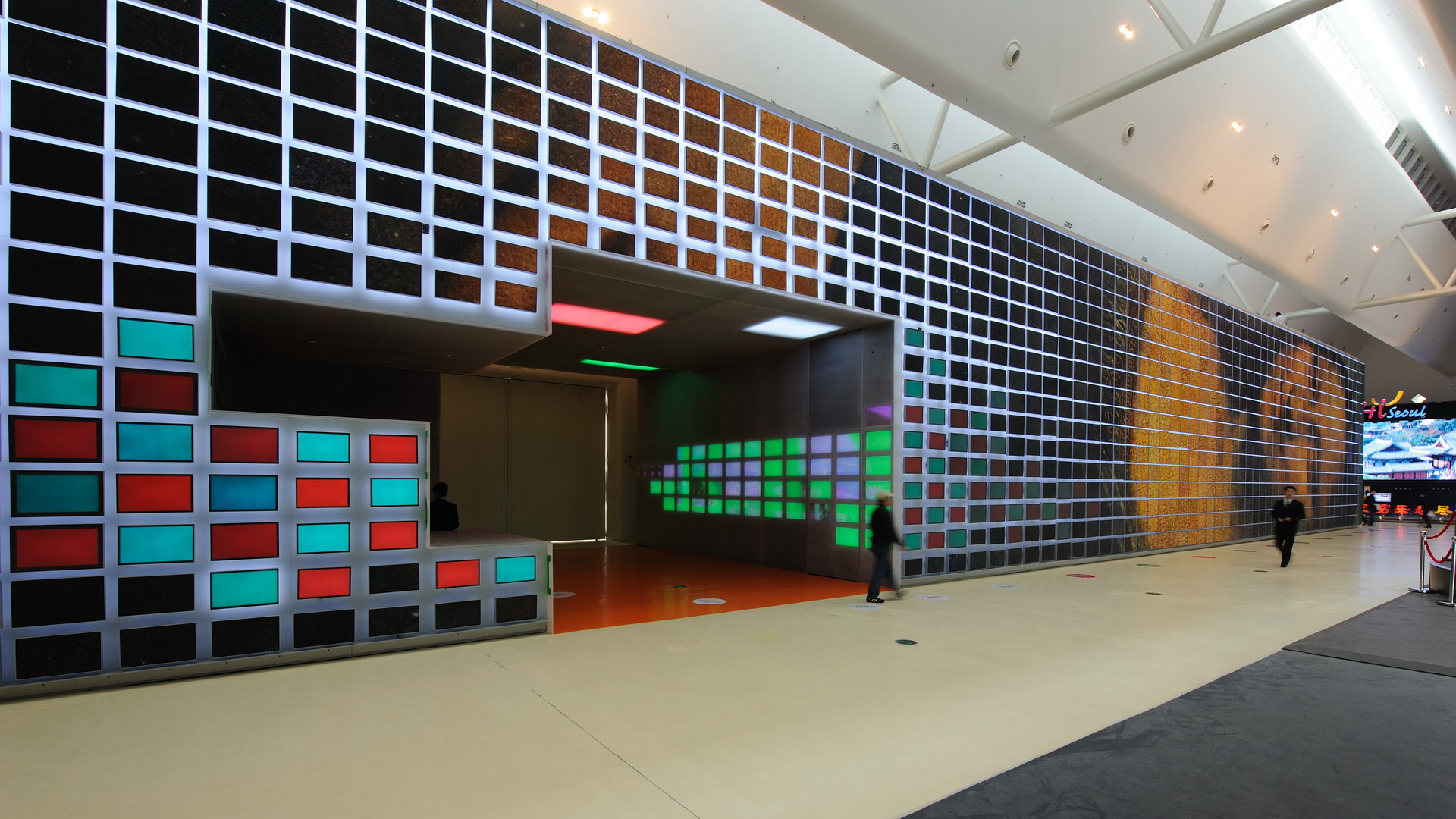 Shenzhen was invited to the World Exposition 2010 in Shanghai at the last minute. URBANUS, as the curator and exhibition designer for Shenzhen’s paviolion, finished this task in an extremely intensive schedule by collaborating with government authorities and artists. The Shenzhen Pavilion was designated as an installation showcase and theatrical stage. It aimed to exhibit contemporary art installations with an experimental theater, and to use interactive multimedia technology to seamlessly merge different exhibition spaces in an unconventional way.

The 390-square-meter pavilion was an enclosed cubical space with a rectangular footprint, 43 meters in length, and 9 meters in width with a 7-meter height ceiling. It was located inside UBPA (Urban Best Practice Area) B3-2 exhibition hall, next to the Seoul Pavilion and the Bologna Pavilion. The design was intended to dramatize the space with a theatrical art installation and to introduce a continuous filmatic experience  from the external appearance to the interior space.

Visitors are guided to walk along the designated route, which is organized following the ‘trilogy’ way. The design of the space was inspired by the German composer Richard Wagner’s concept of Gesamtkunstwerk (total work of art). The ‘trilogy’ of the architectural space is based on the rebuilding of the existing urban village in Shenzhen called “Dafen Village”. The journey, in a chronological order, starts with a Prologue implying the Genesis of Shenzhen with a Mona Lisa façade – later known as “Dafen Lisa” – which was constructed as a montage of 999 hand-painted oil paintings units. The journey carries on to the second episode called “Dafen Transformation”, with a multi-media installation and miniature landscape models showing urban sample pieces of the village.  Then the journey leads to the third episodes called “Shenzhen, Frontier for China’s dreams”. It consists of numerous documentary films, historical prints and achieves, and ends with an epilogue with opportunities for review, discussion and contemplation.

The pavilion itself has sublimed into a total work art linking among and emerging from thousands of independent artworks, enchanting a condensed labyrinth of an urban village, exploring the past 30 years of drastic development of Shenzhen, and at the same time, questioning the ambitions and the visions of this emerging miracle city.