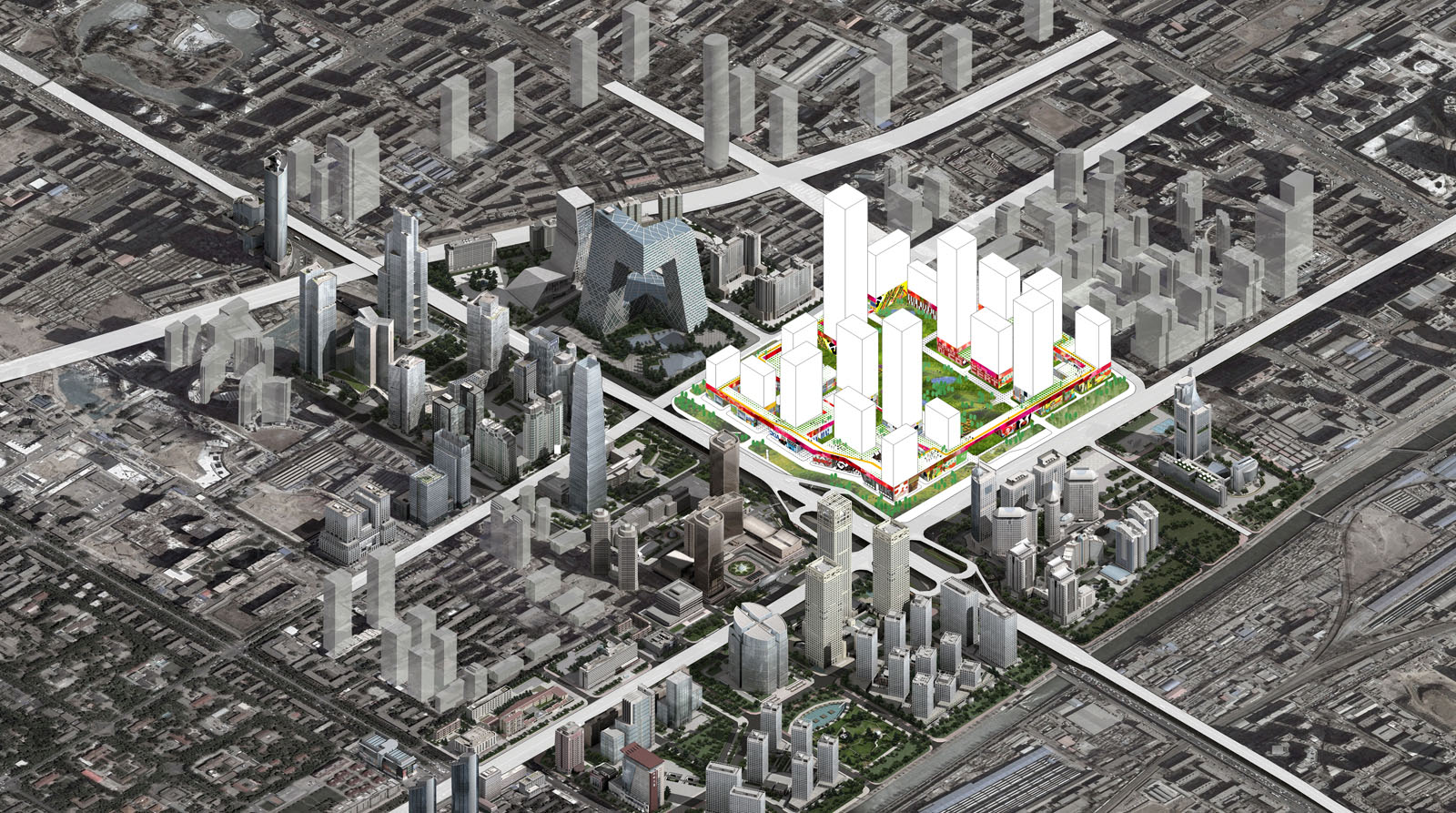 Beijing, the capital of China, is proposing a future CBD core urban plan, with a foundation of new social technology, economic status and cultural reform, and exploring opportunities of re-defined street-blocks with skyscrapers. Different from the generic grid layout of urban high-rise CBDs, this particular mixed-use urban complex would aim at seeking a future city model, with collaboration of experts of infrastructure services, traffic interchanges, energy saving, landscape design, collective urban management and sustainable development. Our proposal does not emphasize the normally utopia-like singular entities of skyscraper design, it has efficiently incorporated the collective advantages, with integration of ground level and underground spaces together with the podiums to form an invisible network of urban public infrastructure system. The system then acts as a backdrop of further articulation of visual cultural characteristics.

Scheme One is based on the historical background of Beijing city and reflects the CBD area’s relative independency, creating an enclosed impression of “city within city” by connecting the fragmented building podiums around the outer periphery of the CBD. Within this periphery the public spaces are opened up to form an inter-connected information and resource network with excellent sharing efficiency. Beijing’s historical imprint is the iconic Forbidden City, while the future development of CBD implies an “Unforbidden City”.

Scheme Two is to liberate the city from the existing grid fabric, the podium would flow in a form of natural topography like a dreamland built upon mountains. Towers are connected with floating islands, resulting in a unified image of a three dimensional urban life concept.

The two concepts both amplify the theme of public services with cultural engagement, are guided by the highly efficient CBD infrastructure, and act as a major driving force of contemporary urbanization.