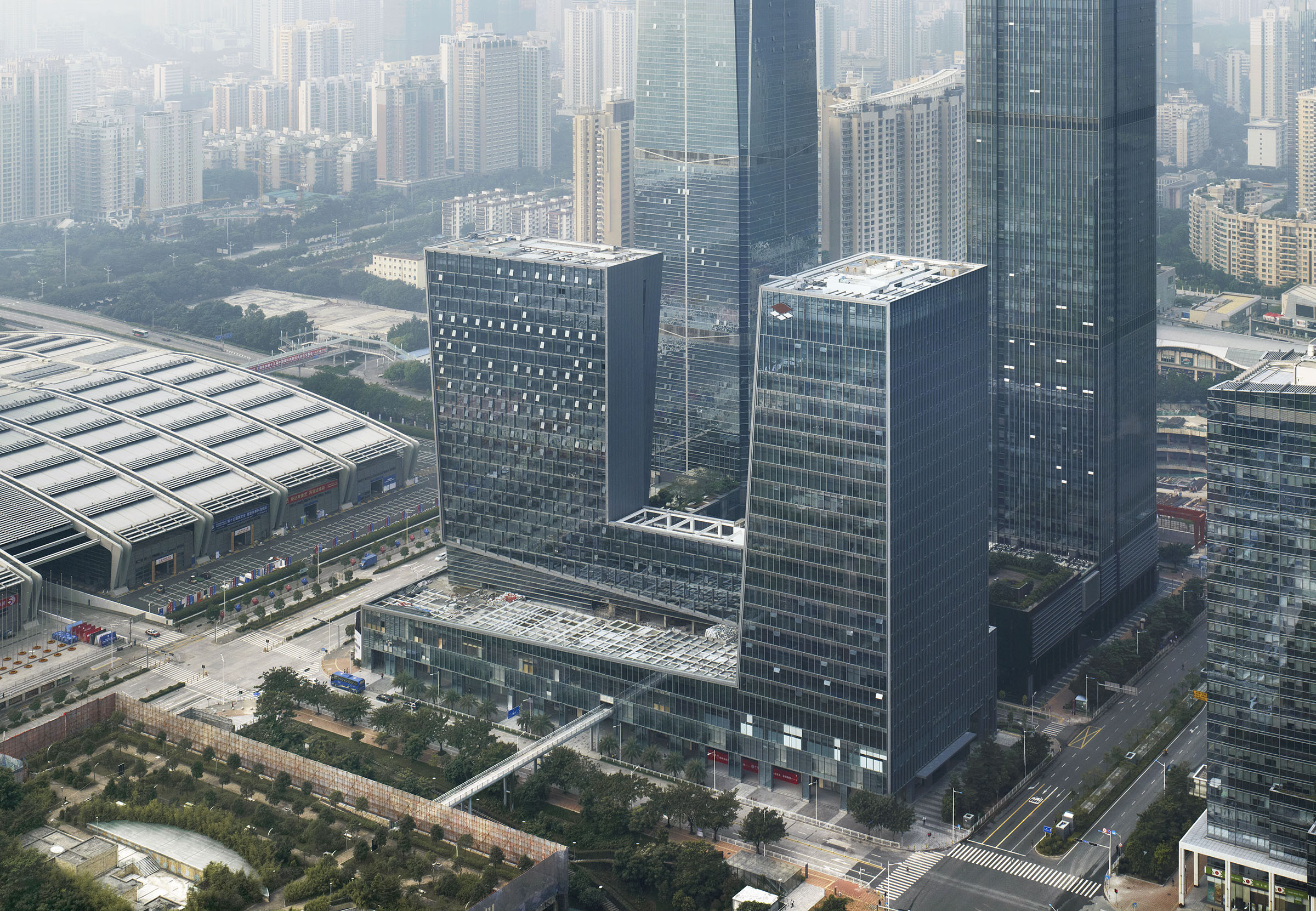 The project is an urban complex containing a hotel, office, public spaces and high-end shopping malls. The site is located in the center of Futian CBD in Shenzhen, with two existing 200-meter towers to the west and another pair of 350 meter high skyscrapers in the future development plan. The large shopping plaza with its roof gardens is located to the east. Therefore the main concept for the project is inter-connecting media providing transition between the high-rise towers on the west and the horizontal large scale shopping center.

The planning bureau was convinced to alternate the mass of the two planned cubical towers in the urban design guidelines, resulting an interlocked unity based on two L-shaped massings; one being the podium with the same width of the office  tower on the north addressing the verticality and the other one being the podium of hotel constructed with multiple level connectors extruded from the hotel slabs.

The façade of the hotel, layered with transparent modules with various depth and strong geometric form, is slightly inclined to reflect natural lights from multiple angles. The office tower façade uses straight lines to amplify the verticality effect, while echoing the hotel’s tower form.

The podiums are divided into mixed-commercial zones and a food and beverage area, they are inter-connected with various sky-bridges at different levels, merging the pathways between the eastern shopping mall and the western city plaza. Public circulation can penetrate right through the four levels of the podium and reach the sloped roof garden, which has a natural inclination from north to south. The stepped zones are arrayed from the south gradually towards the north. The sky bridge sandwiched between the two towers has an excellent view with column-free overhead structures, linking the rooftops as an entity to enhance public activities.

The project acts as an Urban Complex in an environment where fast modernization is occurring, it strongly emphasizes the efficient usage of sacred land resources, providing a rich and diverse stage for a new type of urban living style.