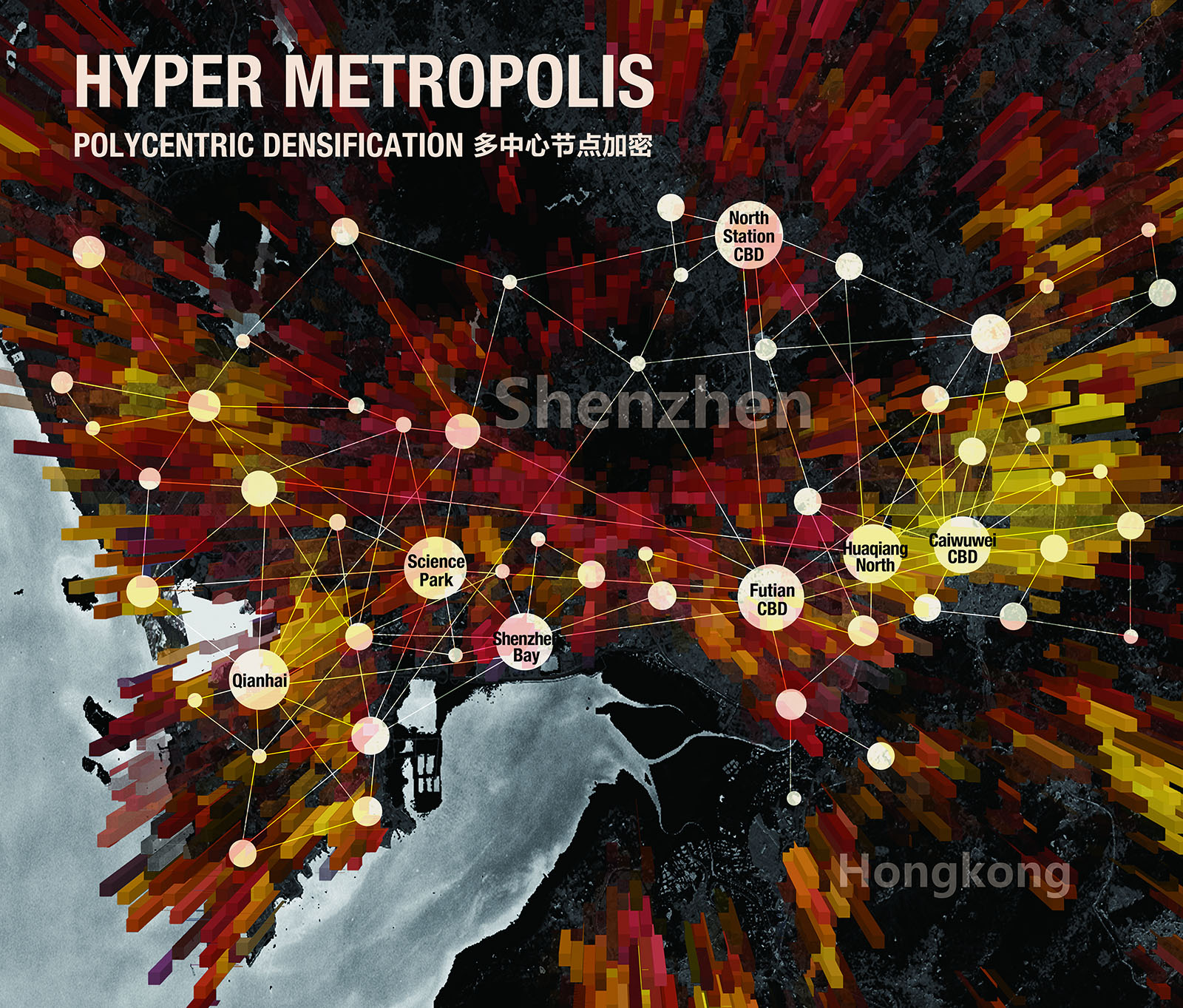 In the era of PRD 2.0, Shenzhen is undergoing a large social transformation through its campaign of “Create in China”, attracting an elite population of migrants to inhabit at the city with a new “Shenzhen Spirit of Entrepreneurship”. This next generation’s lifestyle of passionate and energetic living will promote and advance Shenzhen’s urban environment into a new era.With increasing population and corresponding growing spatial needs, also facing severe land shortage, even thoseever higher towers find it hard to both accommodate and lead the continued upgrade of city development.

Within the future context of PRD 2.0, speculations are generated through our observations on the transforming social, economic, cultural and political spheres of Shenzhen. Here we look together with you for corresponding ways of habitation, urban models, and architectural solutions for a high density of both space and society. Rather than designing an architectural object as such, URBANUS seeks to advance a system of rules for relationships between objects. As a different kind of active form, such a system seeks not to overthrow the object, but to enhance and reregulate it.Aspiring simultaneously to set the stage for pioneering, transformative infrastructures as well as developing a new discourse to serve as the basis for urban arbitration, URBANUS proposes an urbanism of polycentric densification for the future hyper metropolis of PRD 2.0.

The exhibition presents an animation of a revised urban system with an updated density distribution and new urban infrastructure, and illustratesa hybrid lifestyle in the hyper metropolis of Shenzhen in the future PRD 2.0 era through 3 sectional scenes in 1:50 scaled models in aninteresting and direct way: the “PLAY+”, the “Sky Ring”, and the “Co-Living Commune”.