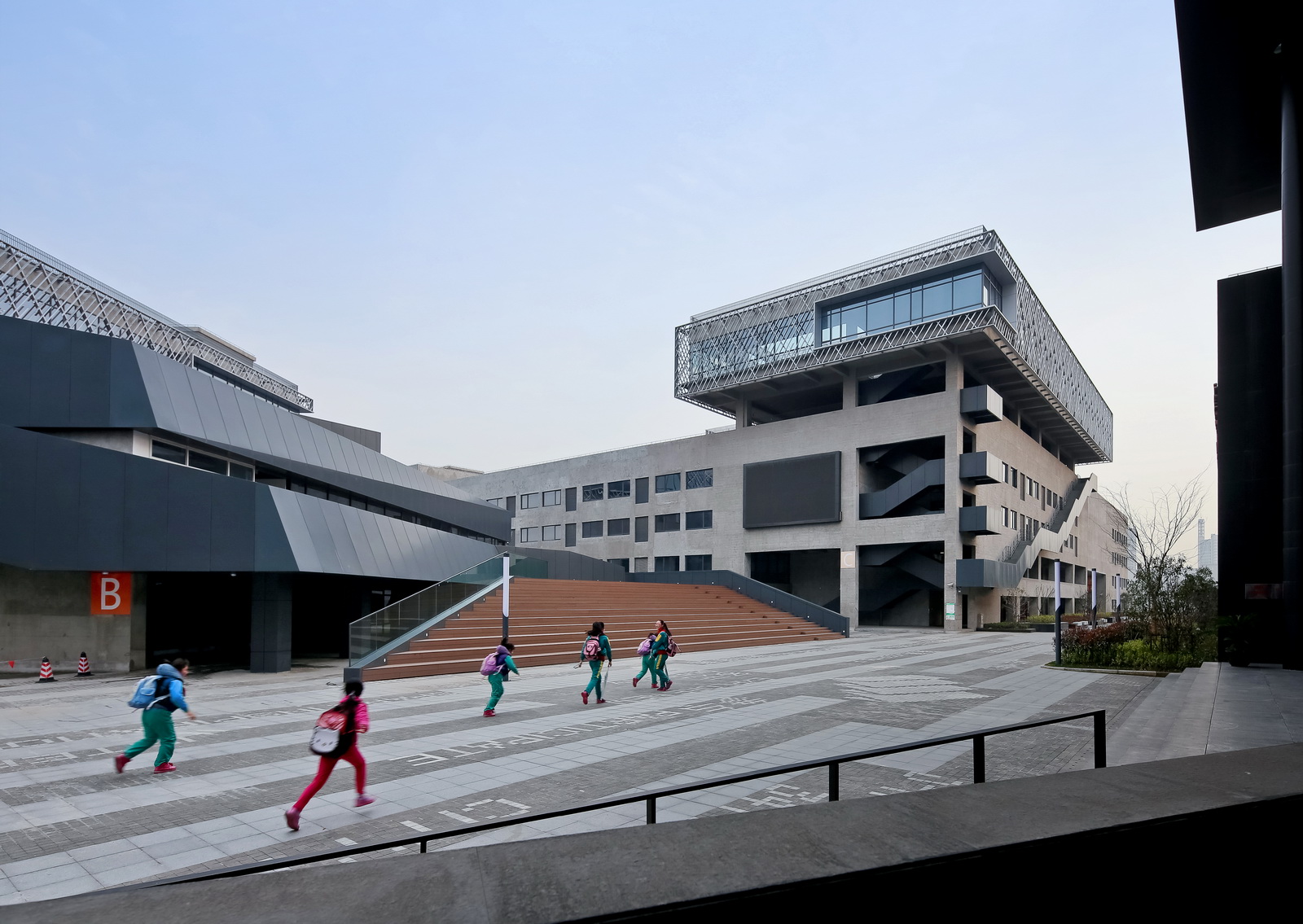 “Now Factory” is a renovation project located at the edge of old Jiading, a city with 800 years of history and a small southern town flavor. This project plays a role of injecting cultural vitality into this historical town. The original factory was a textile manufacturer whose workshops were densely crowded within the precious downtown area. Such density is no longer allowed in the old city today, so  with this project,preservation is not only an issue of urban memory, but also an economic measure as well.

The first renovation on site was a large workshop with skylight that was converted into an art museum by an earlier architect.Urbanus was then commissioned to renovate the remaining set of massive buildings. Since a large scale institution was already on site, our approach was to encourage a plural community, which can include diverse tenants instead of just one, employ a rich network of communication away from seclusion, and obtain creative public scenarios inside inspiring spaces. Select existing structure swere renewedand transformed into a more inviting system composed of a central plaza, a creative market hall, and a roof farm. These places are linked by three-dimensional passages that introduce additional surprises.

The paths and plazas help to dissolve the original massive and enclosed buildings, but were not sufficient in themselves to connect the new texture of this factory into the old one of the city. Four roof-top boxes arranged in the shape of a windmill were added to the skyline of the factory. This measure helps to create a subdivided layer for the flatness of the roof level, as well as weaken the feeling of massiveness over the existing structure from the street view. These four boxes, plus one cantilevered to view the city moat, are the only structures with an elaborate skin design, while the rest of the buildings are in plain cement finish with simple fenestrations. The only so called “decorative” elements on the façade are stairways that dramatically link the ground to the roof, implying a vivid life under the simplicity of the calm surface.

This kind of vitality is to be further developed by the tenants who will run new types of innovativebusiness. In order to nurture the atmosphere of a creative community, our design includes a series of mural festivals that will colorize the factory and its life as well.