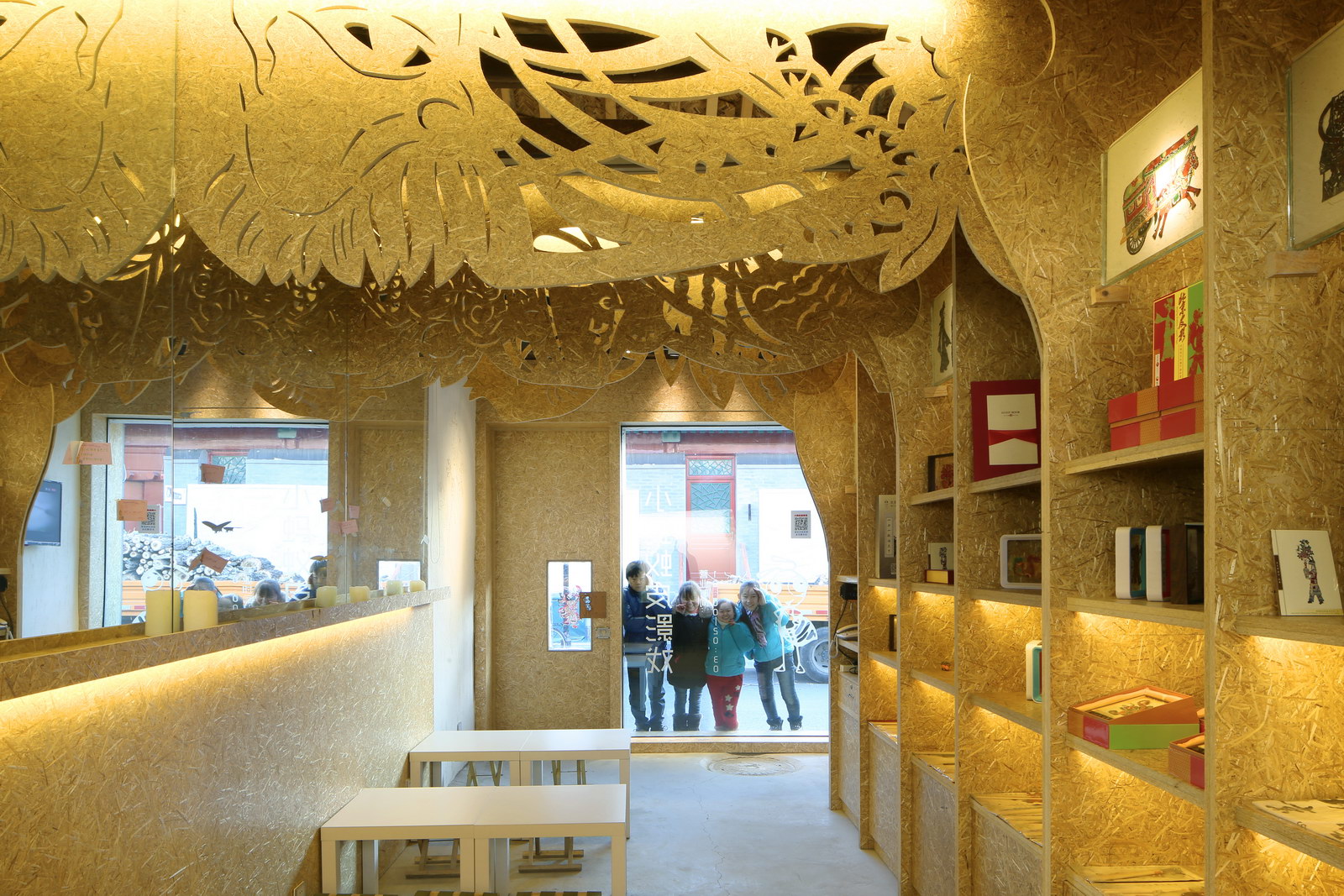 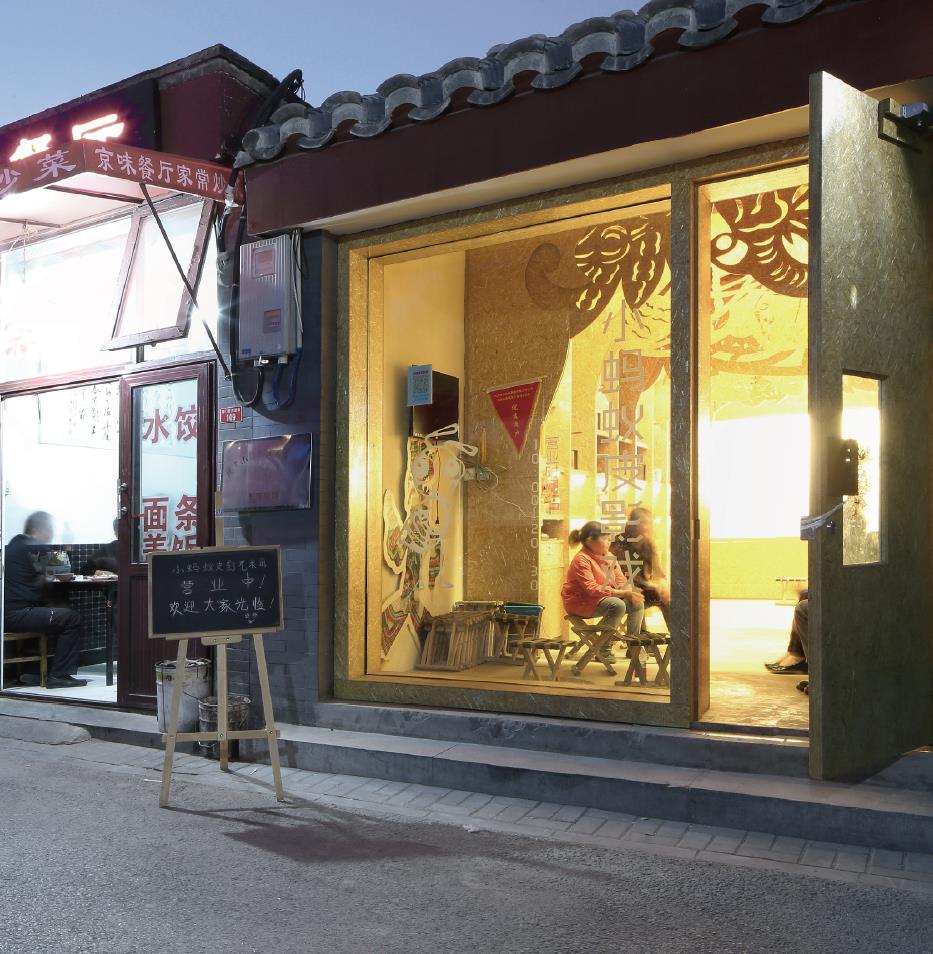 This is a public welfare project, located in Xiheyan Street, Beijing. The client is the Little Ant Shadow Play Troupe, consisting of patients with growth hormone secretion deficiency. The name “Little Ant” comes from the fact that these puppeteers are only as tall as children, and look like children. The shadow play troupe is there to help improve the lives and self-esteems of these patients, but sadly they did not have a permanent theatre. Therefore, Dashilar, a traditional neighbourhood of craftsmen was where they chose to settle. It is not only an ideal home, but also a window for the community to pay more attention to these “little people”.

As a traditional handicraft, shadow play uses intricate and detailed carvings to produce charming figures used for the play. The design exploits this characteristic of shadow play and applies the idea of detailed carvings into interior design. Golden wheat straw board, which has natural texture and a slight fragrance of wheat, was chosen to be the main material. The beams combined with vertical carved boards extend to the ground on one sidewall, forming a big shelf. On the other hand, the upper half of the other sidewall was designed to be a full-length mirror, which enlarges the space two times its size. The stage was intended to rotate so that passage to the workshop in the back would be open when there is no performances. Since the workshop is only two metres wide, a curved-profile table was designed, not only allowing the staff sit on both sides, but also allowing the master to guide their work in centre of desk.

This public welfare project was supported through the support and donations of many social resources. The lighting was designed for free by the team who designed the 2008 Olympic Square. They also helped to acquire all the lamps for free. The entrance is composed of a large glass door; and that glass is the same as the ones used for the Apple Store façades. By having the world’s highest transparency, the entrance facade would allow passers see the activities indoors clearly. Almost all of material used in this project was a public donation, and that of course includes the architectural design.

This design seeks to use contemporary design concept in order to create a new social stage for the disabled. The Little Ant shadow play theatre received much praise from its occupants after its completion, where the public got to learn more about these beloved “little people”. The architect also received warm responses when he called on everyone to support this welfare project. It also testifies that welfare projects can help inspire positivity to the society. 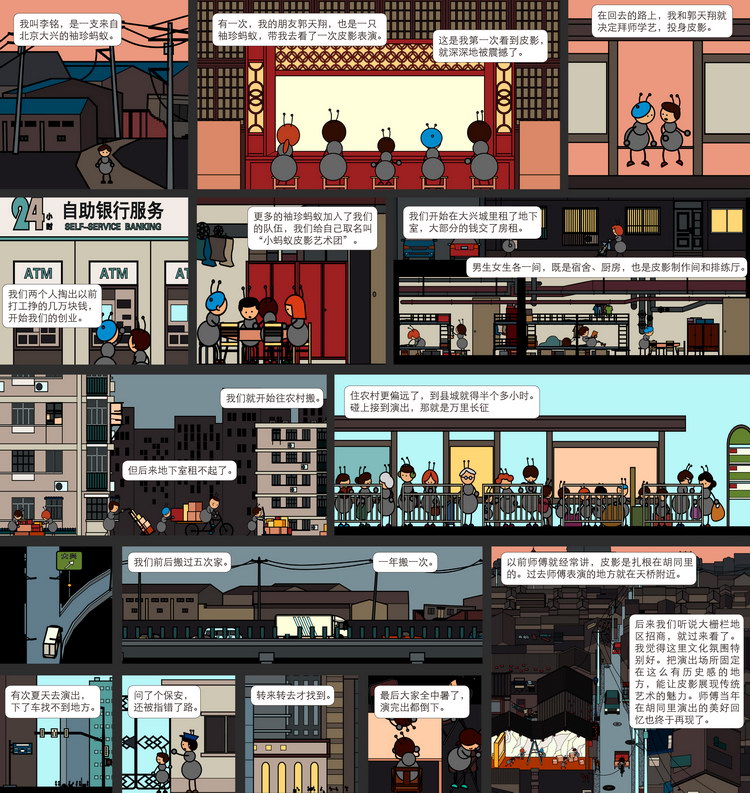 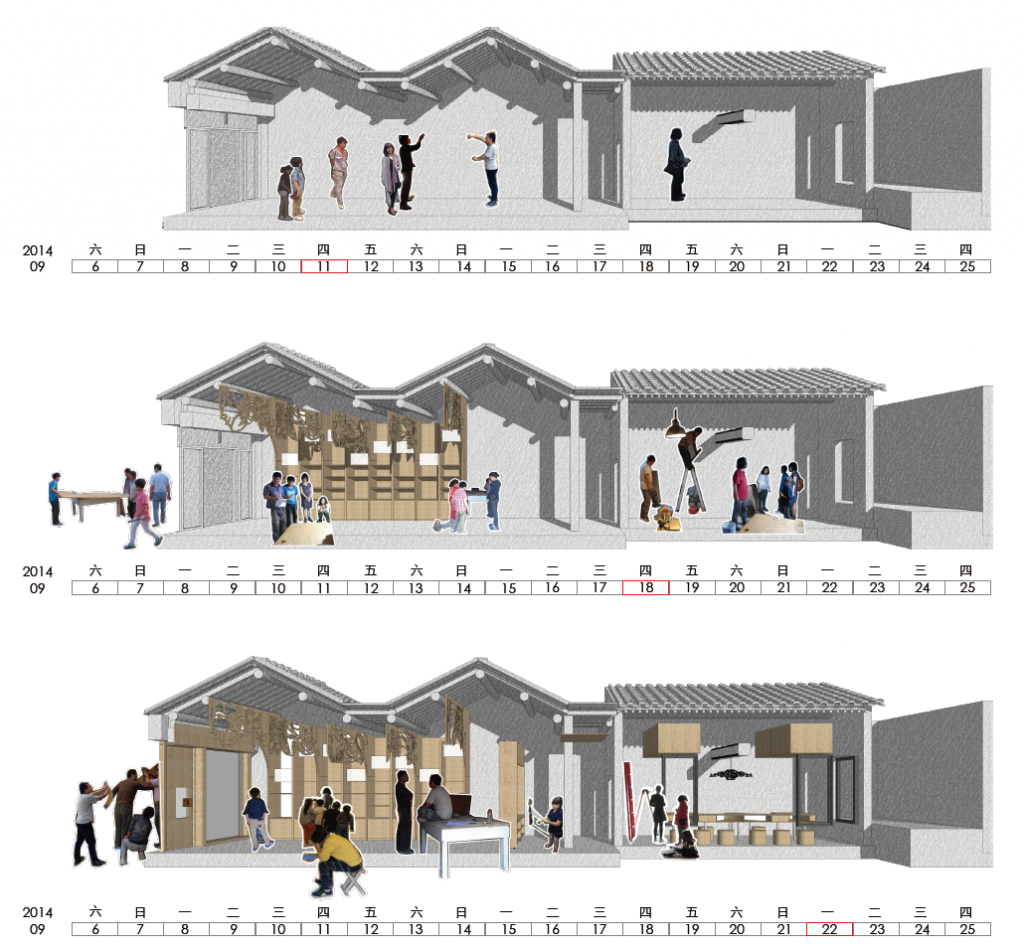 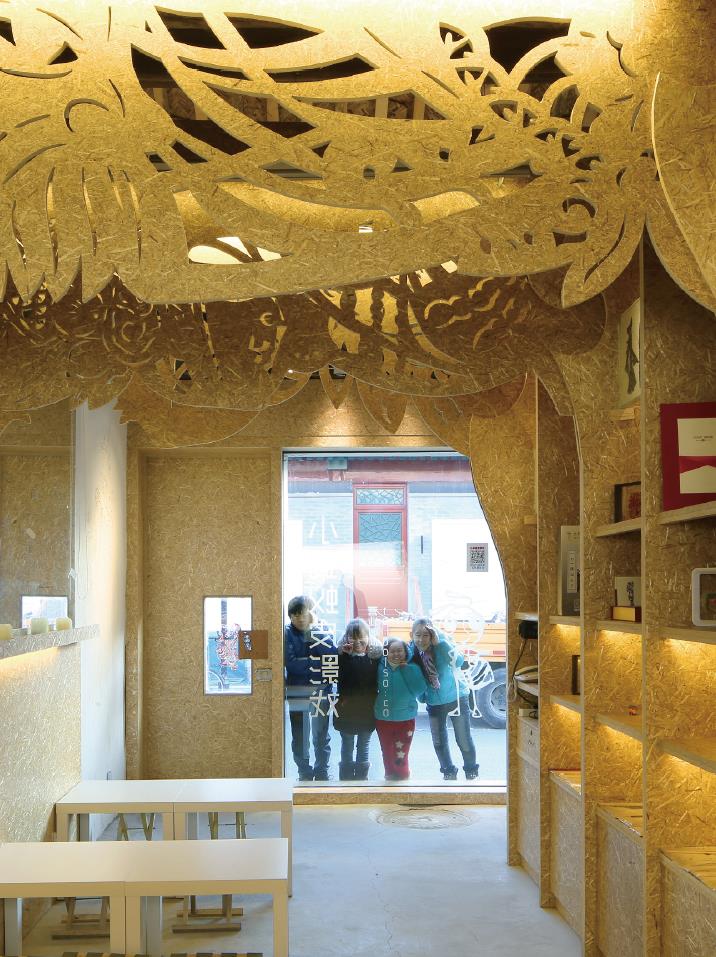 Passersby Attracted by the Theatre 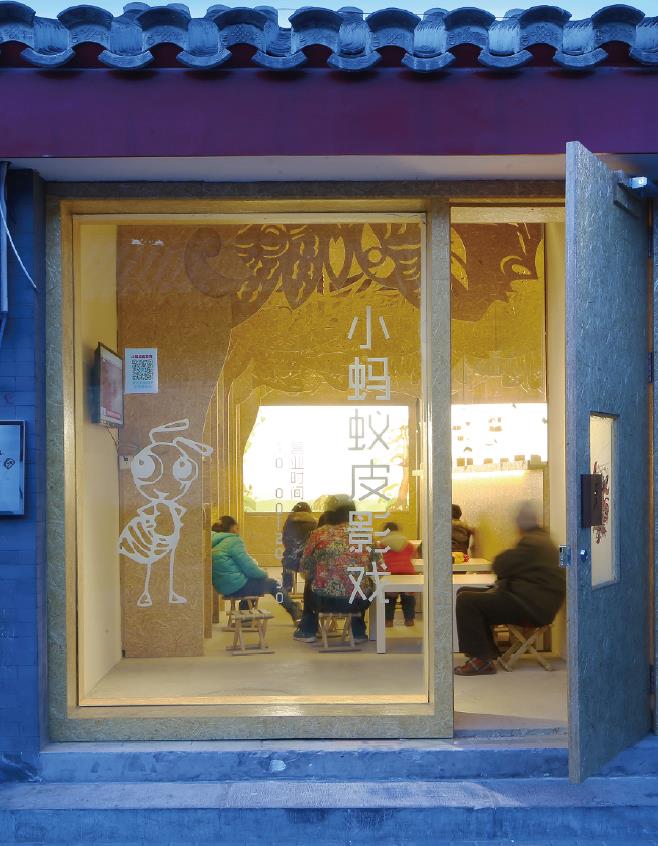 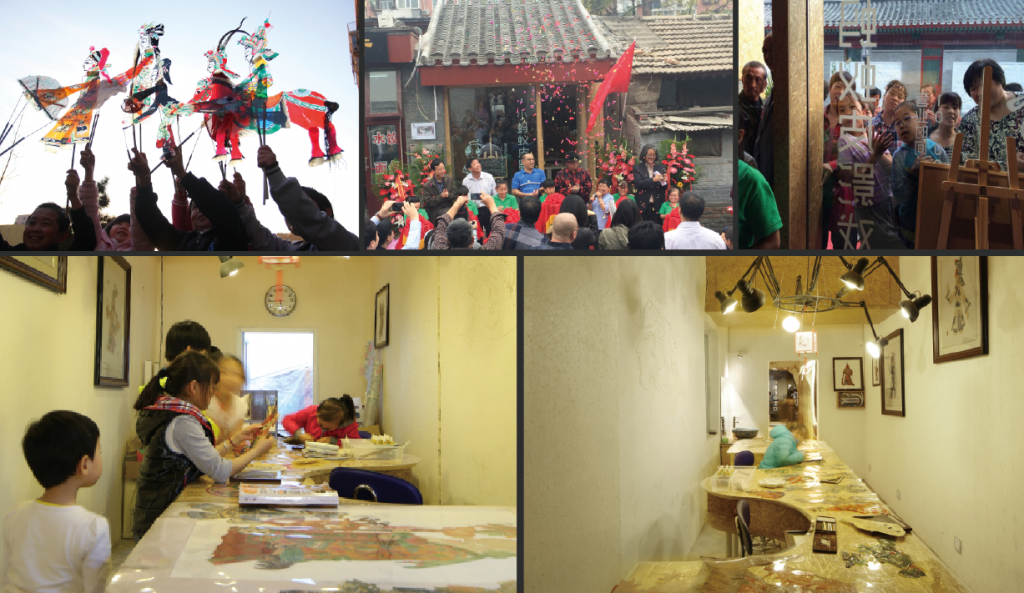 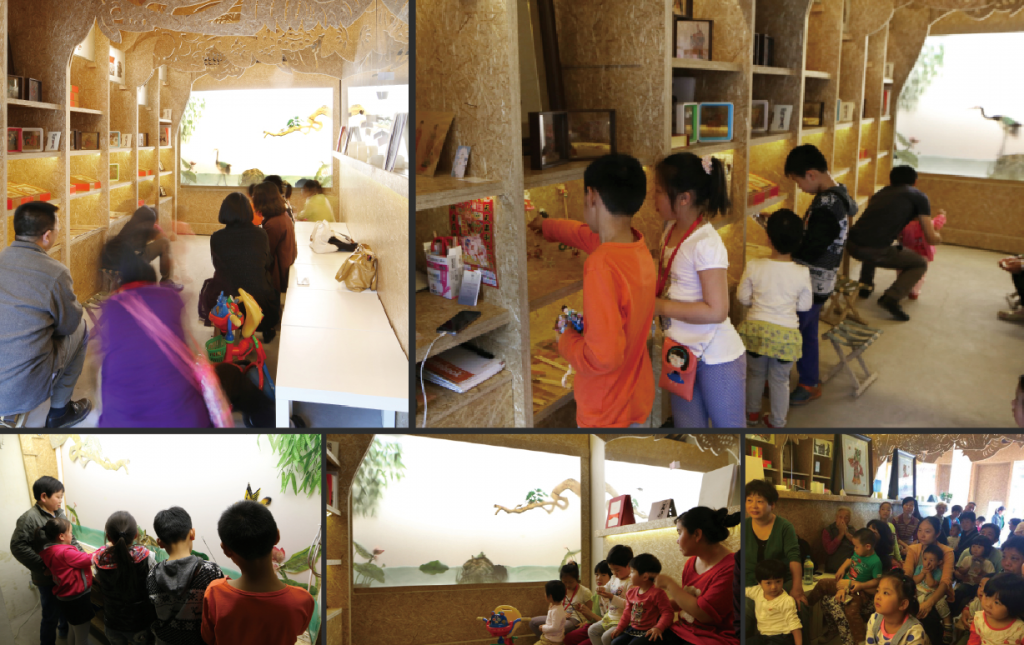