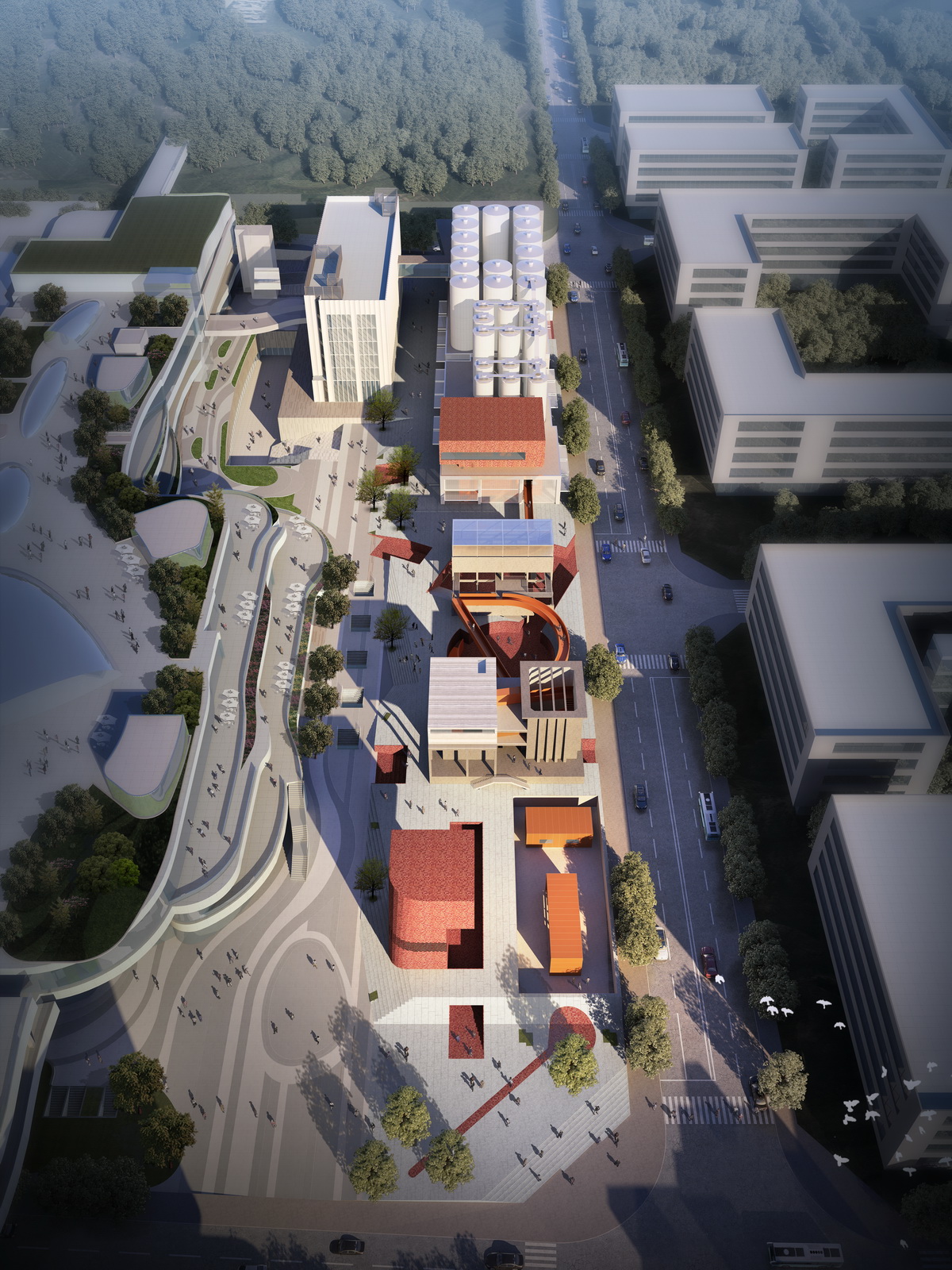 Kingway brewery is located in Luohu District, one of the city centers in Shenzhen. With Shenzhen’s industrial upgrade and development from “manufacturing city” to “intelligent city”, the 11,600 m2 industrial heritage of Kingway brewery has become an important witness to the city’s production and development. Kingway beer is the common memory of Shenzhen people and the brewery is the place that once shined with pioneering entrepreneurship. After drastic urban regeneration, Shenzhen’s former struggles and glories have been condensed in this small industrial site in Luohu District.

Urbanus proposes “making on-site”, thinking that “industrial heritage should not only be a mass consumer product in the post-industrial age. The preservation and renovation of it could rebuild a place and a spirit. Its condensed city memory should be explored, highlighted and amplified, and gain a new life in the future with constant new ideas and infinite new possibilities.” Urbanus hopes to design in accordance with the brewery feature of production and creation, remaining its architectural aesthetics and characteristics of that age in renovation, thus to make it as a reflection of the city’s spirit.

Brewery provides unique industrial architectural spatial experiences, however its scattered factory remains could not form an intact spatial sequence in the site. Urbanus adopts integration, plug-in and intervention as the strategies of renovation, taking the spatial narrative based in the plinth formed by 3 meter height difference on the East and West side, and integrating the former scattered volumes as a whole, so as to achieve a balance with the new surrounding urban context.

We have created a spatial narrative line — making the “plinth” a stage to display the industrial architecture, the top to connect volumes as an outdoor exhibition space, and excavating a series of sunken courtyards based on the site situation. After evaluating the appearance, structure, weight capacity, the future usage requirements of every buildings, we have chosen specific and different reconstruction measures based on their characteristics. Taking the major method of preserving current concrete construction and intervening in the selective spaces, we have created various and flexible activity places, thus to transform the former single producing factory building to a diverse cultural milieu in the future.

Space Is Production – “Making Age” centers on the value cognition, conversion and reconstruction of architectural heritage, and extends “the transformation of material space” to the overall promotion of social and cultural operating mechanism. “Transmuting Space” emphasizes on the presenting of urban installation. Spatial renovation is the beginning of creation. Therefore, the process of creation means in three dimensions: basic spatial renovation interfered by architects, targeted “triggered” creation by the intervention of urban installations, and on-site creation based on newly built “factories”. “Reproducing Place” means bringing in international art resources combined with the local’s to implant the network of global creativity via strategies of spatial narratives.

Culture being produced, ideas being carried out, truly “making on-site” could be realized. Kingway brewery ultimately becomes an urban installation to integrate public cultural life and a stage of constructing cultural production, as well as a pioneering institution and an experimental field that gives creators various possibilities.