On April 7-8, 2021, the award ceremony & Humanistic City Forum of “CITY FOR HUMANITY AWARDS 2020” were held at Luhu, Chengdu. 115 projects located in China were nominated, 26 projects entered the final selection and competed for the final awards. Two projects participated by URBANUS were shortlisted for the final selection. The “Nantou Old Town Rebirth Plan” project was shortlisted for two sub-awards——the Public Space Award and the Community Revitalization Award. The “Two-in-one courtyard” project together with other sub-projects of “Baitasi Remade” project was shortlisted for the Urban Innovation Award. URBANUS principal designers MENG Yan and WANG Hui attended the event. WANG Hui is the preliminary review committee of the “CITY FOR HUMANITY AWARDS 2020”. On April 7, WANG Hui was invited to participate in the “Daily Chengdu: Between Public and Private” forum and gave a speech on “Understanding the Criticism of Daily Life from Negative Dialectics”. 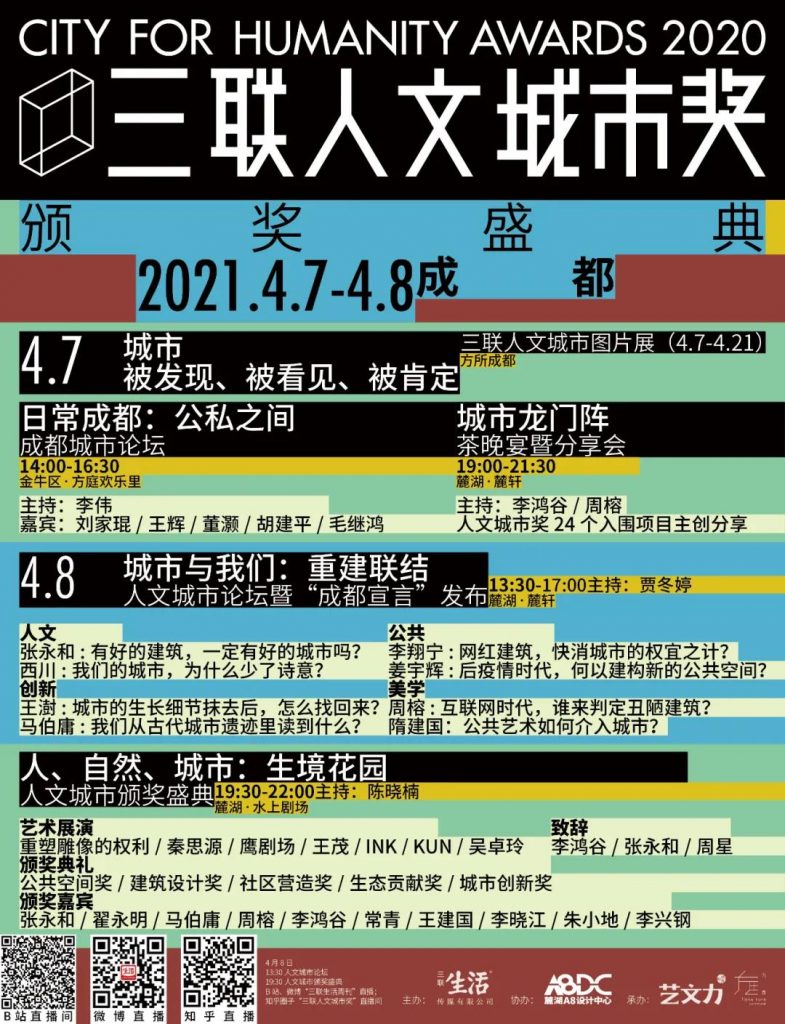 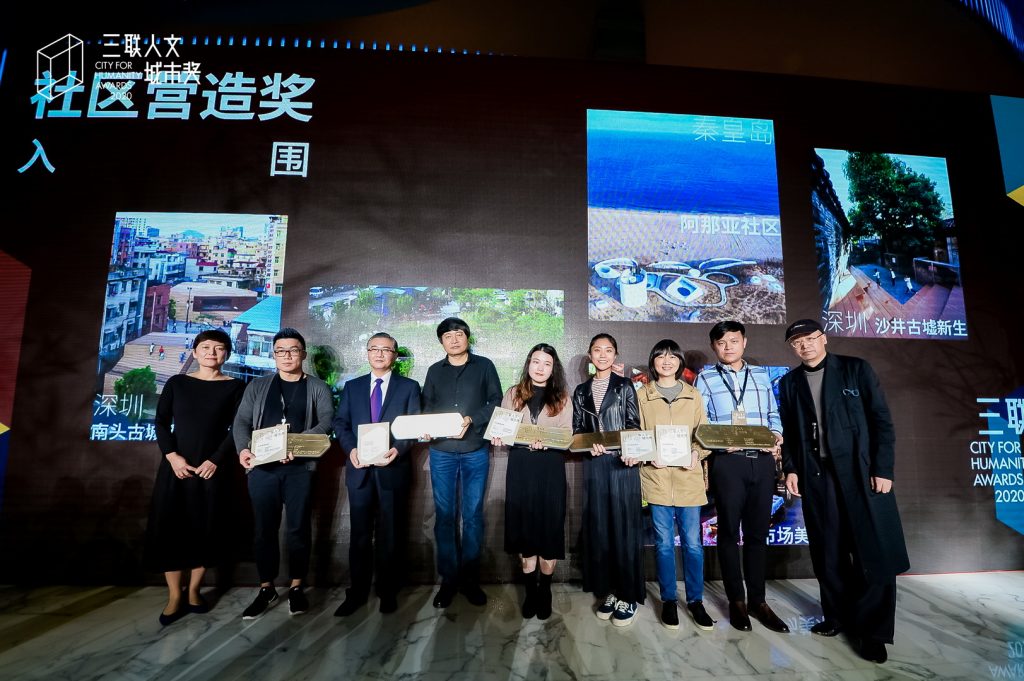 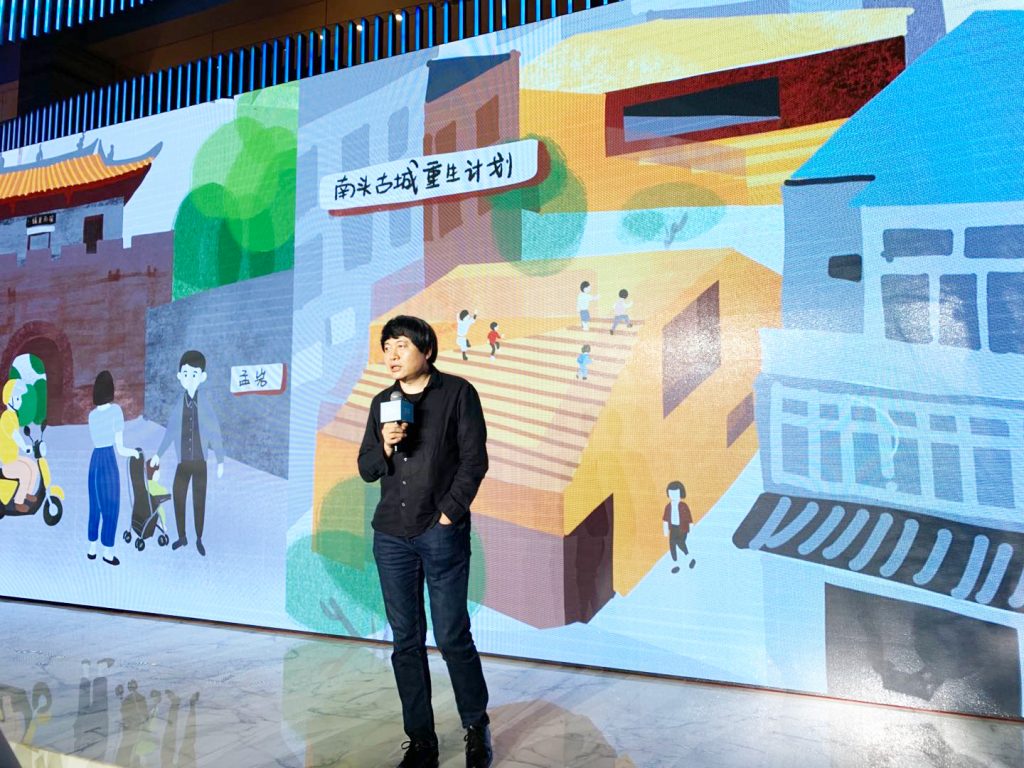 △ On April 7, WANG Hui gave a speech at the forum “Daily Chengdu: Between Public and Private” © CITY FOR HUMANITY AWARDS 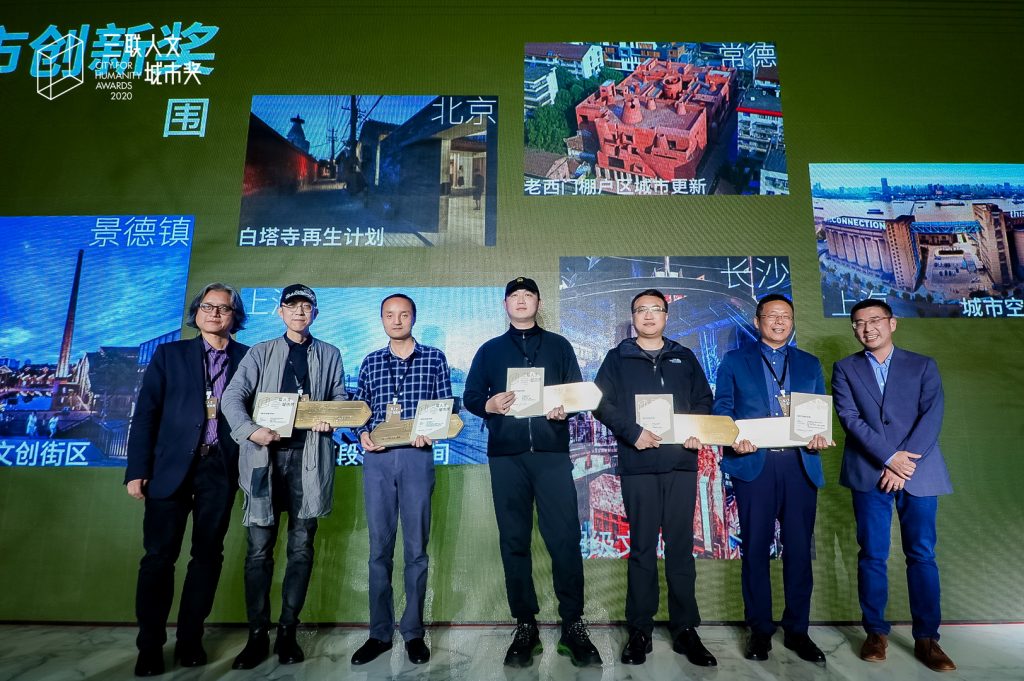 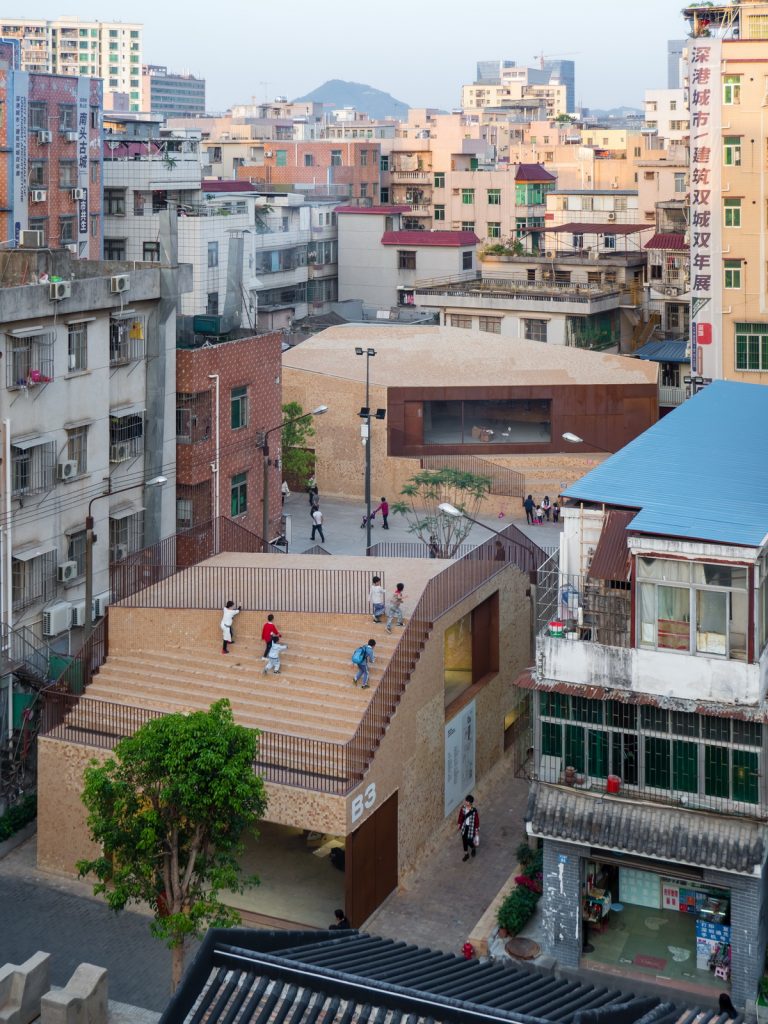 URBANUS started the research on the Nantou Old Town, Shenzhen in 2016. In 2017, the 7th Shenzhen/Hong Kong Bi-City Biennale of Urbanism and Architecture was integrated with the Nantou Old Town Preservation and Regeneration. A series of spatial transformations were carried out and a number of exhibitions and arts were planned. The incident promoted an urban transformation strategy based on the concept of “City/Village Co-existence”, and successfully put Nantou Old Town which hidden in the central area of Shenzhen but unknown to the public in front of the world. The public’s perception of Shenzhen city dates back from 40 years to 1700. 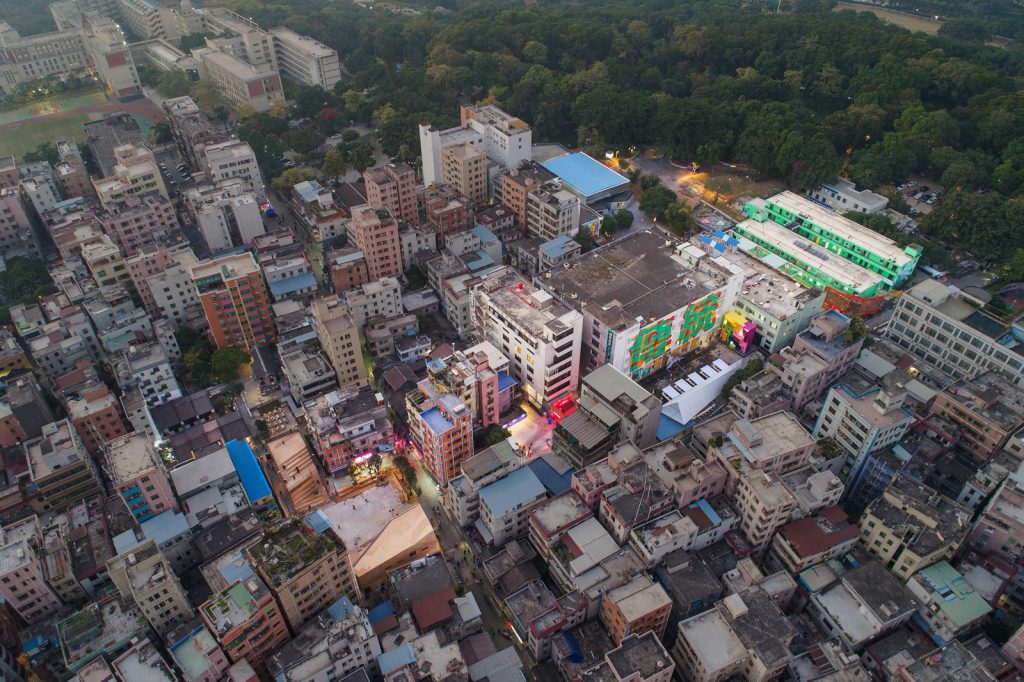 URBANUS’ idea of Nantou’s preservation and regeneration has been recognized by the government and the industry. After 2018, under the government’s tight task plan and time requirements, a new round of renovation led by developers once again fell into the same old road. In 2011, Shenzhen held the world The University Games were eager to present a new image of the city and imitated a Qing-style street in Nantou. In the 2018-2020 renovations, hundreds of buildings were renovated in a single form and appearance, and transplanted branded commercials, while the original appearance of the original building in the Nantou Old Town and the decades of construction materials and processes carried by it were abandoned. The historical memory of commerce and life, ignoring one’s own characteristics and individuality, instantly transforming and beautifying it into an “online celebrity appearance”, this simple, quick and similar way of renovation still holds a critical attitude in URBANUS. However, we hope that the Nantou Old town can maintain its own historical memory in the subsequent two-thirds of the renovation. Currently, our project “The hybrid building” which under construction at Baode Plaza in the center of Nantou Old Town is a practical case of this urban renovation strategy. 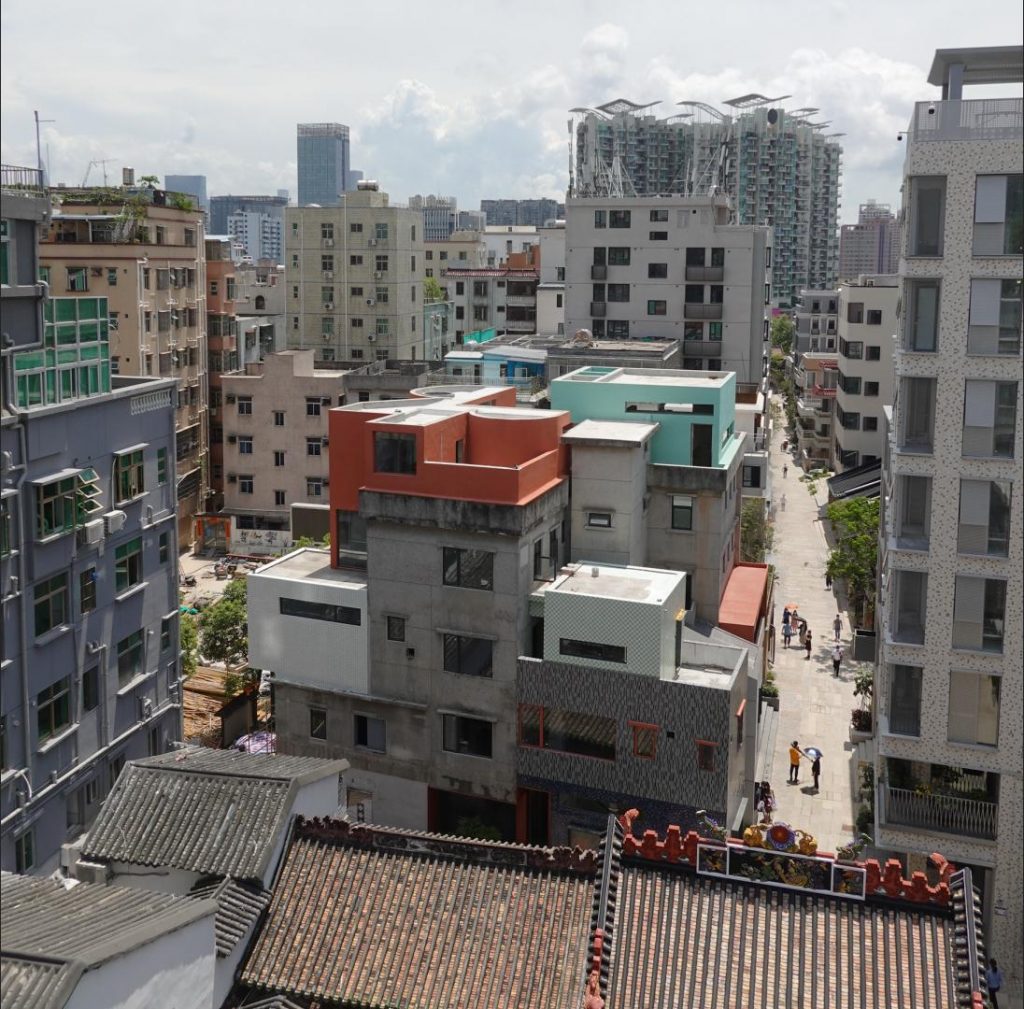 △ The hybrid building in the Nantou Old Town is a combination of five handshake buildings. Construction photo in 2020 ©URBANUS

Previously, the “Nantou Old Town Rebirth Plan” won the Special Project Award (Completed) in the 2020 THE PLAN AWARD organized by the authoritative Italian design magazine THE PLAN, and in 2019, the project won a special prize award in the “International Urban Project Award (IUPA)” which held by Bauwelt magazine from Berlin and World Architecture WA magazine from Beijing. 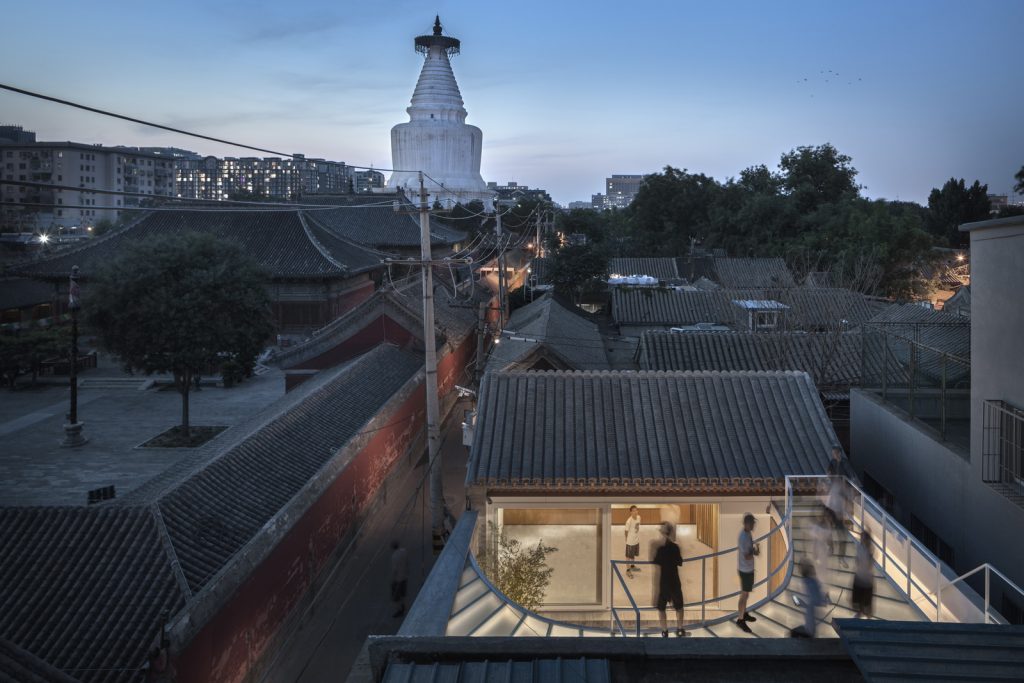 Located on the east Hutong of Baita Temple, this courtyard is not a standard four-sides-enclosed one. It has only one building and one courtyard with similar size. Before the renovation, the original layout is that the building and the courtyard are very separated from each other. The new design efforts to integrate the two parts into one united space interconnected by a continuous circular structure. Therefore, the interlocked building and courtyard implies a “two-in-one” new courtyard typology. 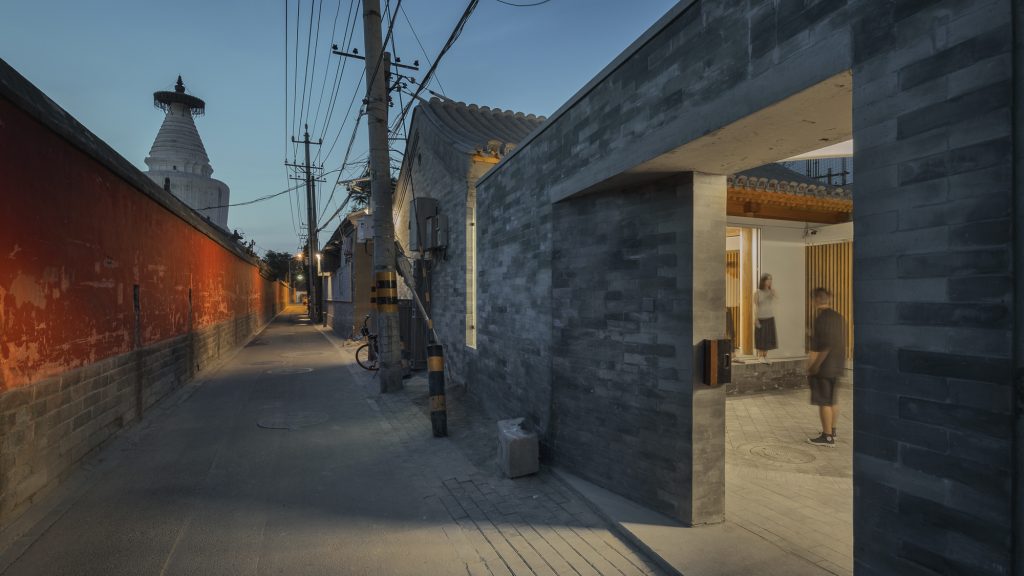 The juxtaposition of old and new is a continuing challenge in the process of sustainable urban development. To preserve the historical cultural value of the site, we restore the poor original house by elevating its structure to a higher standard of traditional courtyard house. Then by introducing contemporary architectural elements to the traditional setting, it helps to glorify the old the structure, and sets a good example of the new in the old. This is the very essence of the two-in-one.