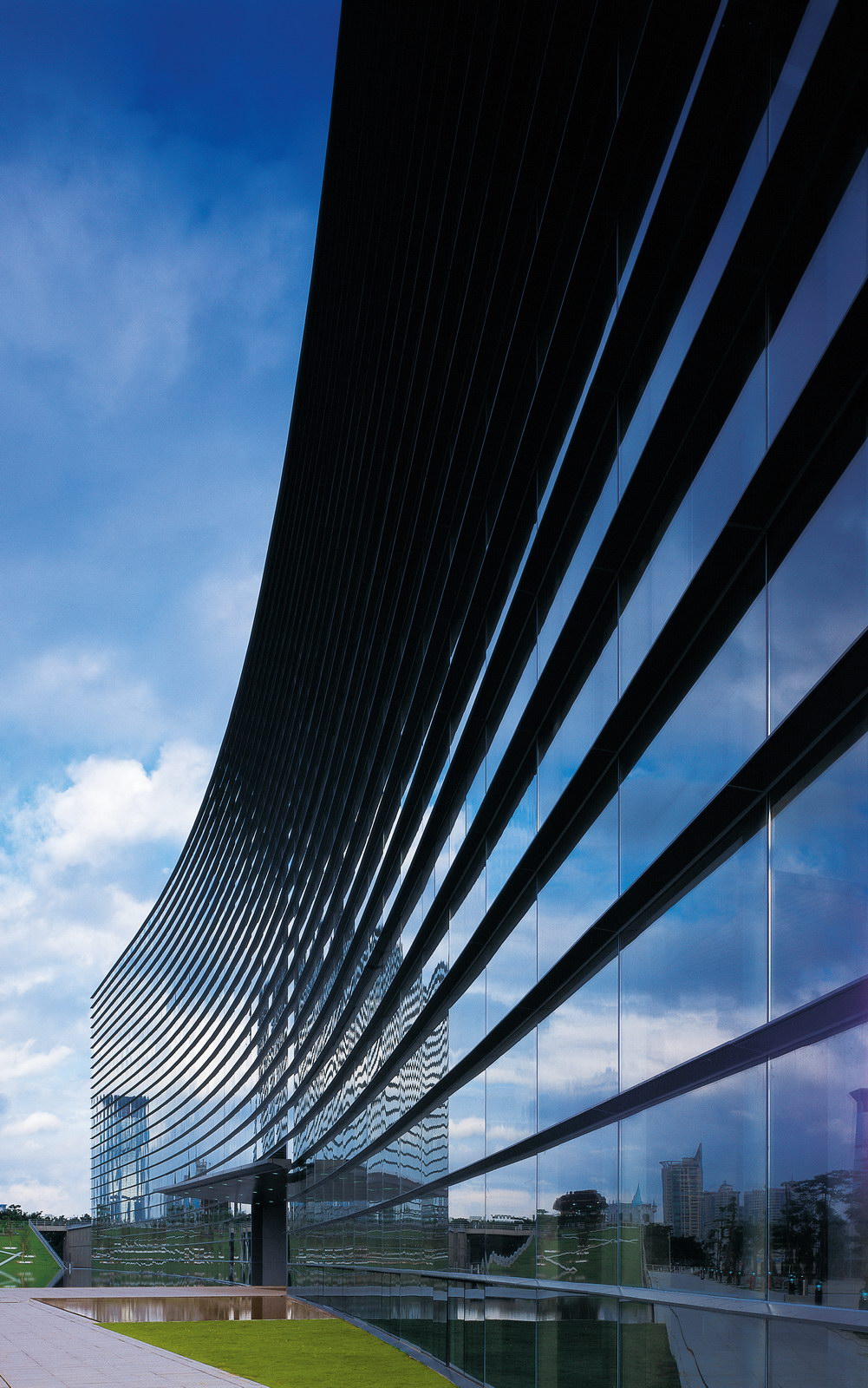 As a forerunner of reform and opening up, Shenzhen Urban Planning Bureau initiated an open-window filing system. As a result, a new architectural expression was needed for its updated civic image. This inspired the concept of an open, transparent, and modest government building. Firstly, the main floor level is flush with the street level to symbolize an accessible government. Secondly, the transparent façade prevents the feeling of intimidation. Thirdly, the simple massing not only expresses calmness, but also its own elegance and solemnity.

Site characteristics shaped the project’s compositional logic. The main entry is located to the south, facing a pleasant area of low-rise developments, and to the north is a major traffic artery. The project is composed of two main elements. The first is a transparent south-facing volume housing all its public functions: exhibition halls, atriums, and social corridors. The second is a solid mass enclosing all the required office spaces. Thus, an interactive exchange occurs between the open and closed, as well as the public and private, in both a temporal as well as a spatial sense.

In modern cities today, the most destructive elements are overscaled institutional urban structures largely inaccessible to the public. Seldom do we see examples like the Dome in Florence, designed to shelter the entire populace. Similarly, in Shenzhen’s hot, humid climate, the project’s indoor space is designed to be a welcome and open enclave for urban activities. A passive ventilation system in the atrium creates a comfortable indoor environment to encourage sociability, as well as counteracting the energy inefficiencies of the large curtain wall.

The Shenzhen Urban Planning Bureau is not only a pioneer in rethinking “the bureaucratic building”, but also embracing high-quality design to shape a new image of government. This project emphasizes modesty and elegance, resisting the general trend towards over-monumentalized and over-egotistical government architecture.