The 2017 Bi-City Biennale of Urbanism\Architecture (Shenzhen) (here in after referred to as the UABB 2017) is not a biennial that only discusses urban villages, even though that special urban form is its main focus. UABB 2017 interprets and discusses the concept of “Cities, Grow in Difference”(another way of saying ‘city symbiosis’). The goal of this section is to provide a background, vision, and position for the biennial’s theme.

The term “global” represents the largest observation and dimension of the biennial, both historically and geospatially. The “south,” as a topic, has been a key element of the past several biennial exhibitions. UABB 2017 specifically makes “the south” a section theme, intended to form a clear spatial identity. From this point on, we can propose the following hypothesis: modern civilization formed in the upper part of the northern hemisphere and gained a central position in the world. The spread of modern civilization has made its way toward the South through war, colonization, trade, technology, and cultural intervention over the past few hundredyears. The modern wave of globalization is actually a Northcentered one. We call it the influence. There exist great differences in native culture and geographic climate conditions in the South that work to constantly impair this influence; this is what we call resistance.
With Influence and Resistance as a subtitle, this section focuses on discussing the extensive interplay between regionalism and globalized power, capital, and cultural impetus. It also examines how they can reconcile the consequences of “differentiated modernity” through self adaptation and self-retrofitting. 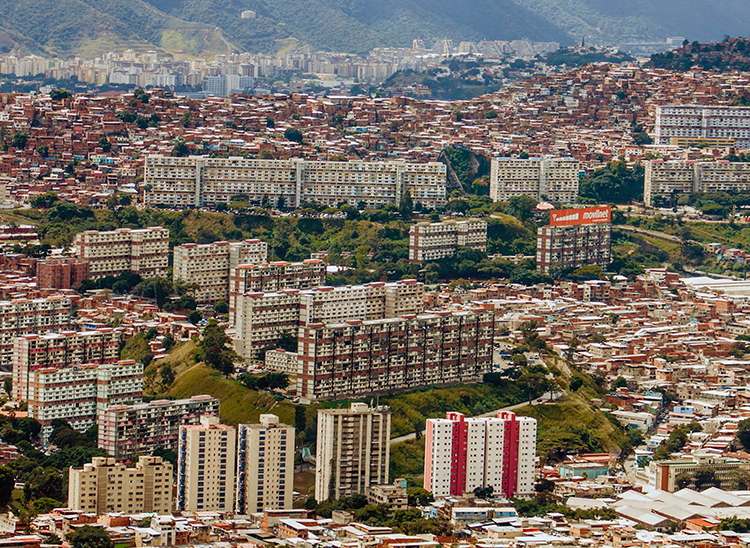 The South is not just a geographical concept. In China, the South is also a cultural concept. There are two sequential regions south of the Central Plains: Jiangnan (south of the Yangzi) and farther Lingnan (south of the Five Ridges). Lingnan represents the most marginalized location from the centre of power, relatively independent from mainstream culture. Historically, the Southhas always corresponded to the Northin the structure of spatial and political economics. They constitute relationships such as “edge/centre”, “trade/power”, and “input/output” in China. The Pearl River Delta region has been considered a “national frontier”, a “trade window,” and a place of refuge, excluded from mainstream mentality. Since China’s reform and opening up policy in 1980s, Shenzhen, as the representative of the “south,” has become the shining example of this policy. The Pearl River Delta has become an “open lab” ever since. It has established the unique southern imagination and complex reality by melding together localization and globalization, tradition and future, and superstition and illusion. The “south” in reality does not only refer to the south of the Five Ridges expanse, but more a characterization of the openness and possibility, creativity and efficiency, practical desire and dreams for the future of the region. We determine the South geographically at the south edge of the land, facing the SouthSea, and open to the further southern area. Thus, the “south” of China is not only expressed as a geographical concept, but also associated with “north” and “centre” in history, and is therefore a metaphor for subculture and alternative thought.

A thousand years of Chinese migratory history from the north to the south has led to the special Hakka population and culture of Lingnan. Shenzhen could be regarded as the latest city of Hakka immigrants in the modern era. It not only has demographic characteristics of the new Hakka, but also the urban planning methods, the architectural form, and construction materials which have typical northern urban characteristics. The urban village is almost the only remaining original urban form of the Southin Shenzhen, and it is the only place where the resistance mechanism exists. This is of great significance to the future of Shenzhen’s urban development, so it deserves our careful study.

The Global Southarea south of the Tropic of Cancer encompasses the vast areas of southeast Asia, India, Africa and South America. The Pearl River Delta is at the southern tip of southern China and the northernmost part of the Global South area. Looking at the issues of urban development from a “southern” viewpoint requires observation of geographical spatial conditions and urban developments from a relative perspective. Therefore, the concept of the “south” is imbedded in the examination of dimensions such as natural evolution vs. historical change, centre of power vs. geopolitical changes, spatial political economy, developing countries around the world, and their urban strategies. We aim to use the examination of these dimensions to build a vast temporal and multidimensional paradigm for “city symbiosis.” The developed “north” provides a model of liberalcapitalism rules, output of capital, values, experience, technology, rules, and standards to the South. The “south” reacts by adjusting measures to local conditions, often in areasignored by the capital, by independent and spontaneous means in sustainable development, and providing diversified thoughts and practices. Thus, the “south” affirms that it is still in constant development and change, and also represents the vitality and possibility of distinguishing itself within western developed countries and western cultural centrism.

Resistance represents a deliberate struggle that is more tactical than strategic. In this sense, the emergence of temporary structures and informal architecture based on tropical climate features has become an effective means of resisting northern orthodoxy, standards, and large-scale construction. Collective violation also becomes the method that maintains itself. The Favela of South American cities were also formed under such a mechanism.

The section Global South uses Wang Yun’s world settlement study as an introduction. It shows the historic map of world human settlement, and the colony growth mechanism from natural to artificial. It is intended to show that the urban village is inevitability the present form of world settlement.

Li Xiangning and Pei Zhao curated the sub-section,  “South”South,  introducing informal architecture under the background of political and economic situations, construction modes, and new urban strategies in South America. It provides us with a meaningful mirror in which we can study social mechanism and humanistic situations under a special urban form. Shen Kang and co-exhibitors participated in the Asian Connection project to discuss the status of informal buildings in India and southeast Asia. 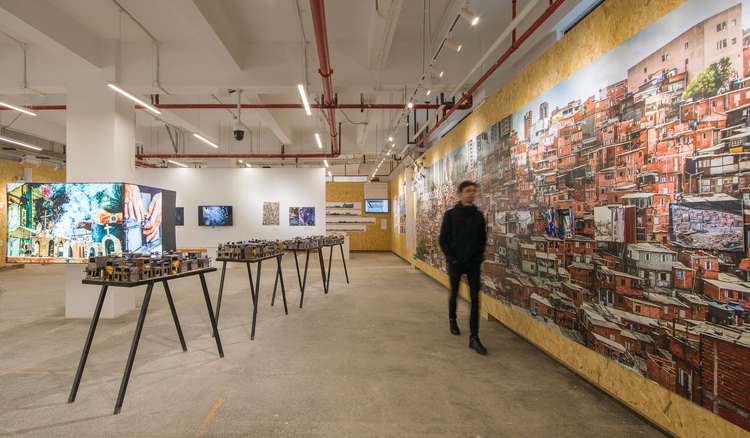 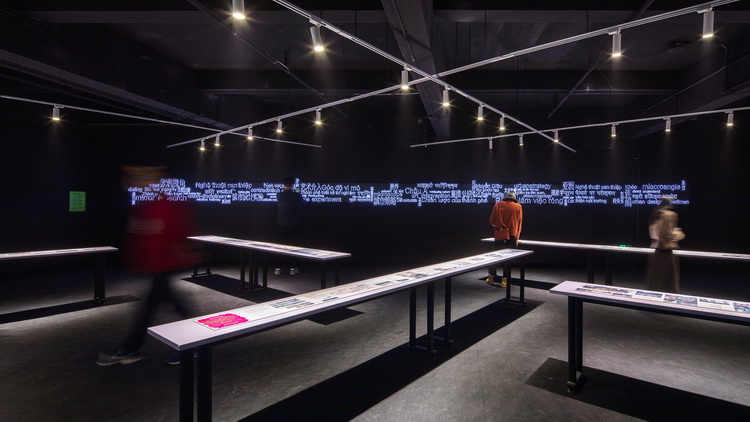 Feng Lu, curator of sub-section “Other’s South” closely examines China and the two souths, Jiangnan and Lingnan. This section provides a comparative study on architectural typology, and conducts analysis of geographical differences in culture and space. 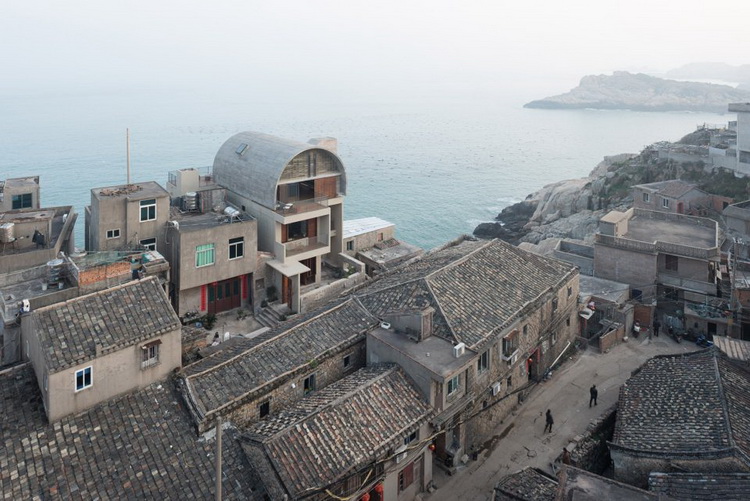 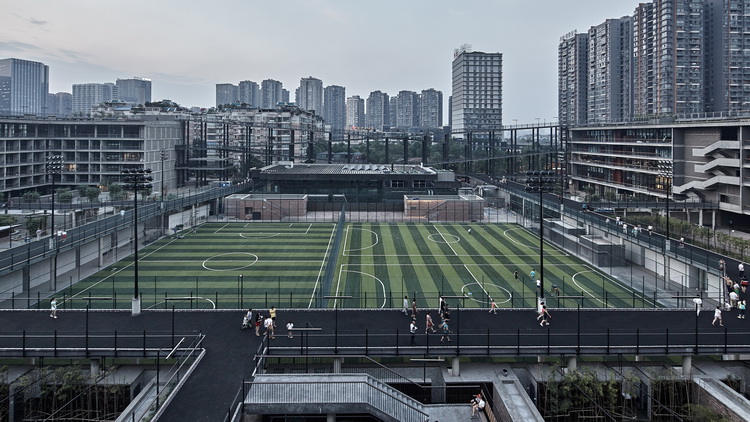 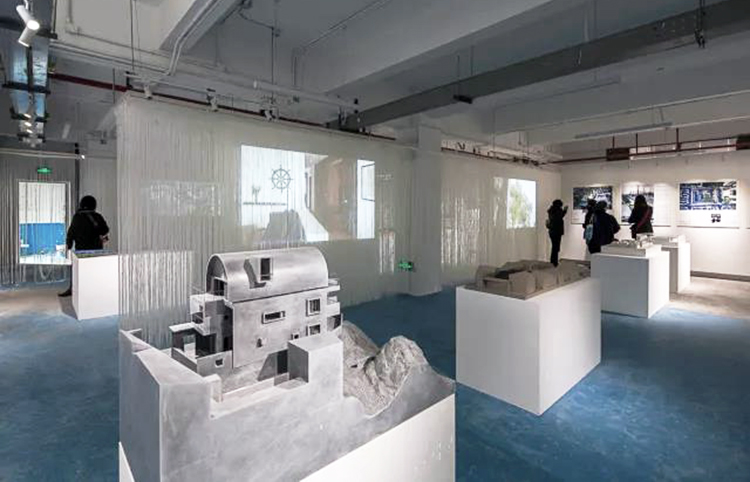 The sub-section, “Drifting Pearl River Delta,”curated by Feng Yuan and Fan Lin, focuses on the theme of Lingnan, Hakka and Shenzhen. This sub-section employs contemporary art to discuss the unique history of the Pearl River Delta, including its unique history of immigration, the story of migration of Hakka. It aims to associate social and cultural changes, looking for the genesis of differentiated modernity through history. 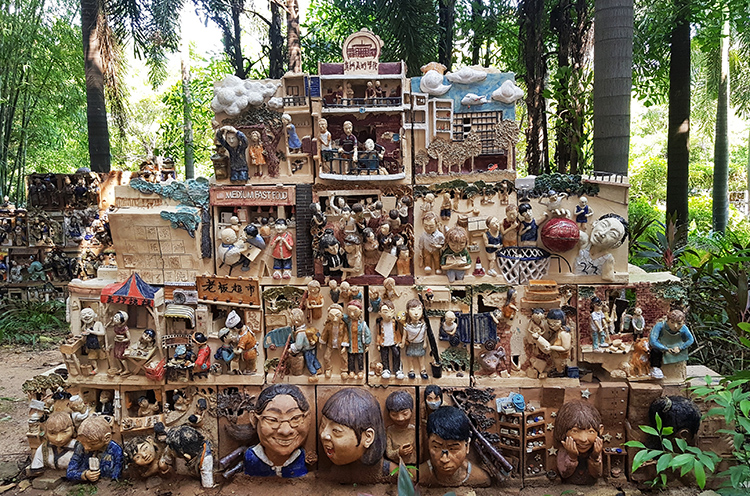 Finally, we return to Nantou Old Town and conclude the section with the mapping workshop project “Mapping Nantou” directed by Jason Ho.