The “UrbanVillage” section, subtitled: “Hybridity and Coexistence”, is the main themedexhibition of this Biennale. The narrative line focuses on urban villages, representing a unique urban reality in Shenzhen and the Pearl River Delta region.The exhibition responds and interprets the theme of “Cities, Grow in Difference” from multiple perspectives, including historical research, in-depthobservation, on-site intervention, and future imagination.

Urban Village: Arrival Community and Future of the City

The urban village is aproduct of the conflict between and integration of the rapid urbanization caused bythe market economy and the urban-ruraldual system during the planned economy period in China. It has become a typical urban issue in Pearl River Deltacities, most notably in Guangzhou and Shenzhen. In Shenzhen, the original rural land under collective ownership was expropriated and converted to state-owned property; Villagers become urban residents through two urbanization initiatives in 1992 and 2004 respectively. Villagers lost their farmland but still retained their rural residential plot, and when they saw the large influx of immigrant workers and the subsequent surging demand for rental housing in the high-speed urban expansion, they started to expand their private residential buildings for rent. Hence arose the characteristic phenomena of the urban village -an urban enclave encircled by the city, which presents a sharp contrast between themodernizedcity outside andthe underdeveloped village inside. While some people thinkof theurban village as dirty, messy, shabby, crowded, ugly and unsafe, others can see how it mixes traditional clan culture and friendly community of original residents with mobility, multi-regional cultures and inspiration for modernization from their tenants. By hybridizing and integrating in spontaneous ways, the urban village forges these influences into a dynamic, diversified and inclusive social ecosystem, which now serves as an arrival community for the exploding population of new immigrants to the city. 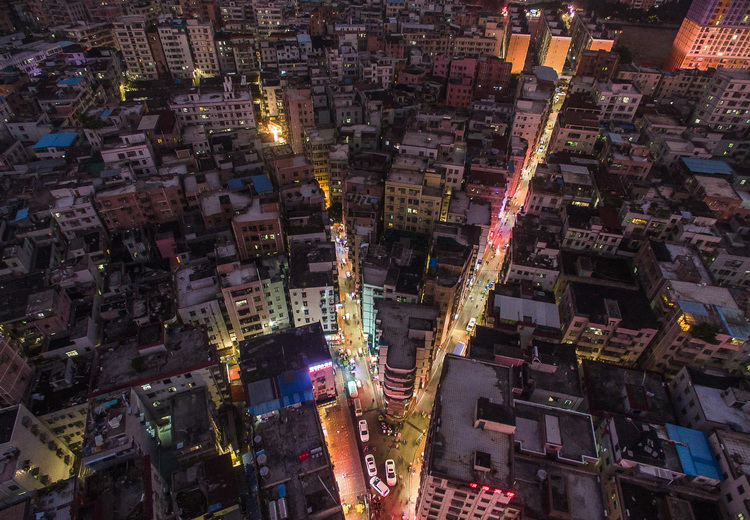 In different historical periods,the shifting nature of the urban/rural dual structure has shaped the spatial model of China’s cities, no longer where rural areasen circled the city, butnow urban districts sprawling to enclose villages and, then to urban-rural integration and the urbanization of rural areas. It is no doubt that urbanization has changed rural areas fundamentally, shifting fromusingland asdirect means of production to spatial production. Land afterward becomes the means of production of China’s rapid urbanization and through this process, traditional villages are transformed into industrial villages, Taobao (e-commerce) villages, urban villages and many other unique types of urban models. All previous sessions of UABB have included works about urban villages, which have conducted continuous and in-depth researches on the current life, cultural and spatial complexity, diversity and the renovation strategies of the urban villages in Shenzhen and the PRD region.

The urban village isan alternative exampleofurbanization in China and its value as our contemporary heritage should befullyrecognized. Facing the pressure of extensive demolition and redevelopment, it is now a critical moment to carry out thorough research and evaluation of the urban village. The spatial and social structures of urban villages are characterized by their inclusiveness and diversity. Compared with many generic cities, streamlined by rapid urbanization and globalization, the living spaces in urban villages are extraordinarily dynamic, showing the indigenouscharm of humanityin creating their own homes. The urban village, as an alternative presence incontemporary city, is independent from yet integrated with its surrounding urban districts. It combines both unimaginable density and urban dynamics.It is anurban frontierthat still stimulates the imagination in the mist of today’s excessively regulated and rigidcity. 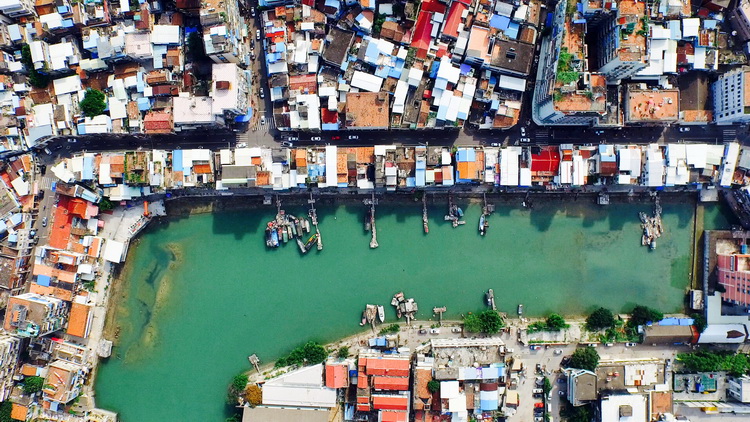 As we focus on the importance of the urban village in conveying the history of the city and the role of supporting urban functions, we care even more about its future. With the development of the city and its soaring land prices, most urban villages are in dangerof being demolished and replaced by high density redevelopment. Currently, the urban village is a placefor young migrantsto live,people who are the fresh new energy increating the future of our city. Ina time of anew social environment, with the rise of booming new economic modelsand innovative entrepreneur ship, arethere new chances or possibilitiesfor urban villages in the future? Is it possible to achieve a new balance between spatial regeneration and social reconstruction? There might be chances to discover innovative ways of using and operating urban villages, and also to develop new economic models based onthe highly versatile, adaptable, diverseand densespatial resources of the urban village. They canalso provide a new experimental groundor incubatorfor young start-up entrepreneurs. The future of the urban village is a reflection of the future of our city and we believe it is time for achange in our conception. 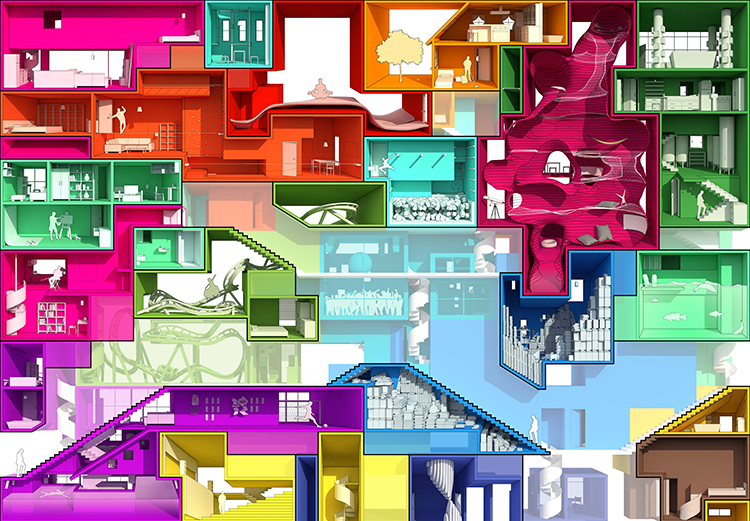 The UrbanVillage section contains a series of themed exhibitions, research presentations, on-site exhibitions scattered throughout the old town, and miniature shows embedded within the main themed exhibition.It establishes the overlapping and coexistence of multiple exhibitions. The structure of the exhibition is as complex as the city itself and the narrative isdense, polyphonic and multi-faceted. It follows amain structure, but sometimes grows divergent. It is carefully crafted and yet adaptable to the uncertainties of the venue. As a whole chapter that fully presents the observation, research, case study, and on-siteintervention, this section has three sub-sections: Urban Village Archive, Urban Village Armory,and Urban Village Lab, respectively focusing on the knowledge base, renovation tools and methods,and spatial practices of the urban village. Meanwhile, the Urban Village Club, as special events session,is planned to encourage the participation of local residents.Through the duration of the exhibition these public eventswill be implantedinto the daily life of the urban village community.

Urban Village Archive is a long-term research project which was launched long before the exhibition. Through commissioned research programs, cooperation plans, and open calls, the curators hope to put together a comprehensive collectionof the massive numbers of studies conducted about urban villages in the past decades in China and abroad. The Archive is a huge database of the history and reality of urban villages. It is also a collective exhibition presented by participants from different perspectives through diverse media.It brings together individual experiences, observation models, and big data mining, and it juxtaposes the systematic analysis, academic researches, and variouspersonal interpretations. The Archive is also an active spacefor knowledge production, where the audience can interact with local residents during the exhibition.We hope toleave behind a valuable urban archive and research database for future urban village studies after the Biennale. 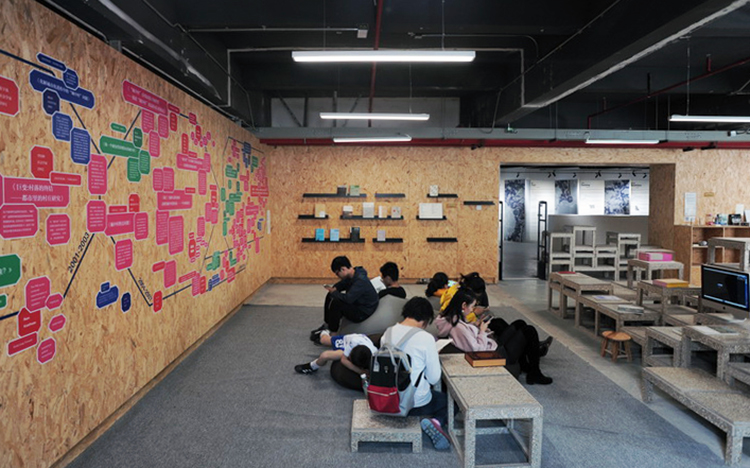 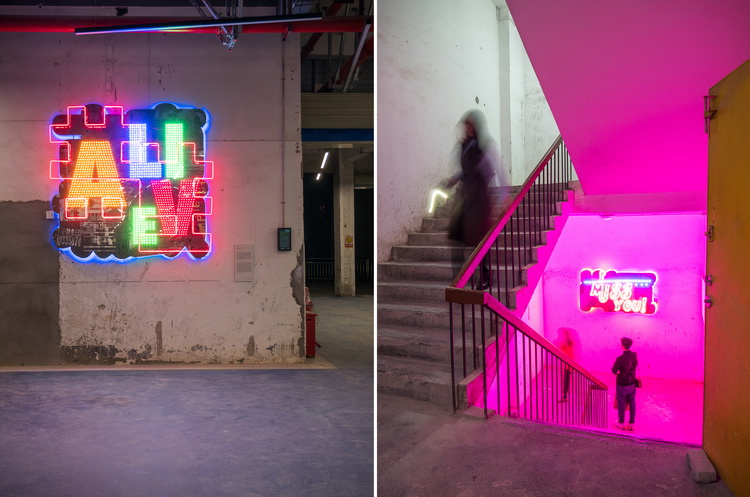 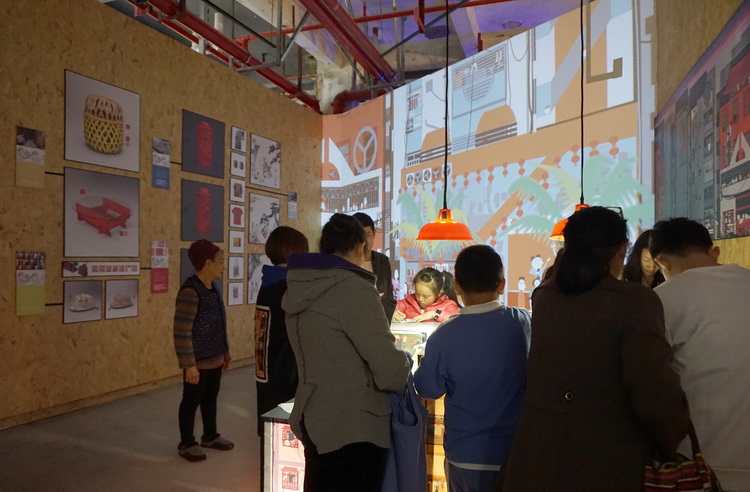 The Urban Village Armory is a metaphor ofthe once existing armory in Nantouas military base recorded in historical literature. As a collection of tools, it gathers research and case studies on urban village renovation practices globally. As an observation station, it closely follows andbroadcasts the local team’s insiderperspectivesand research in urban villages. 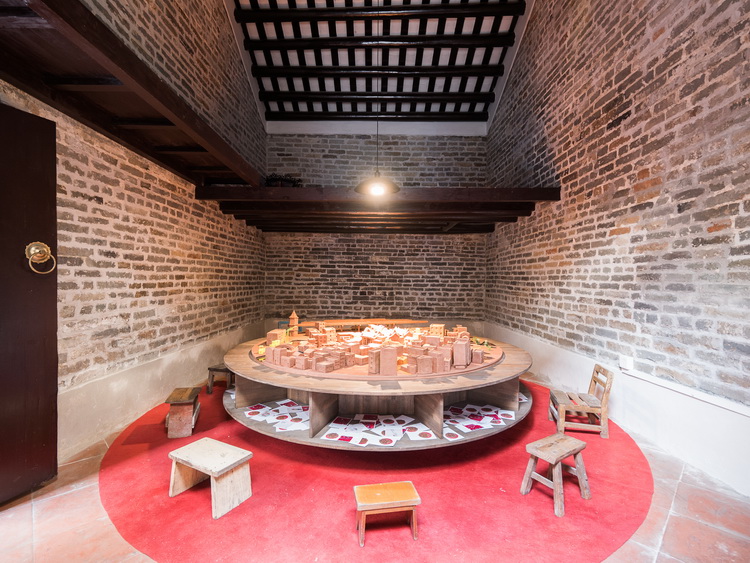 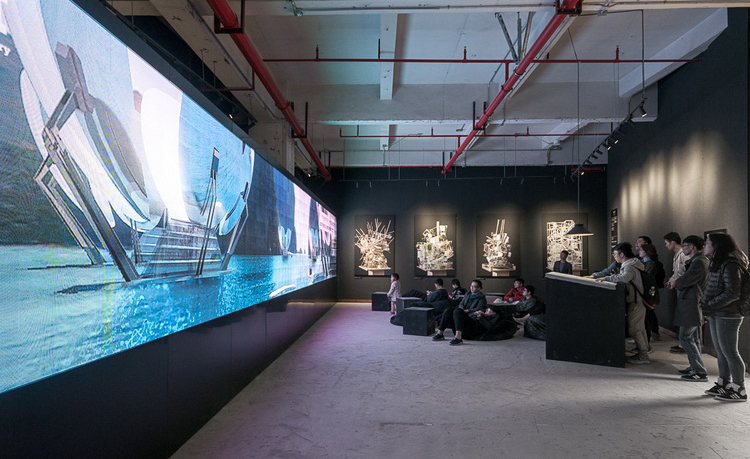 The Urban Village Lab, on the other hand, is the ongoing practiceof urban intervention. It includes various projects,likethe Nantouurban regenerationplan as well as outdoor installations and murals commissioned by the curators. It also includes UABB’s open-callinitiatives to improveseveral outdoor spaces and storefronts in the old town, and to renovate some residential buildings. The top-down strategic planning and designprocess is complimented by self-initiatedand spontaneous micro-interventions. 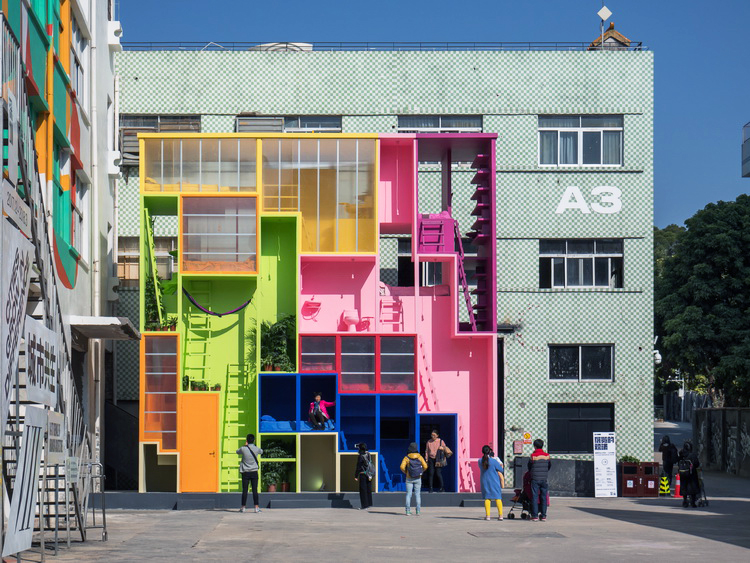 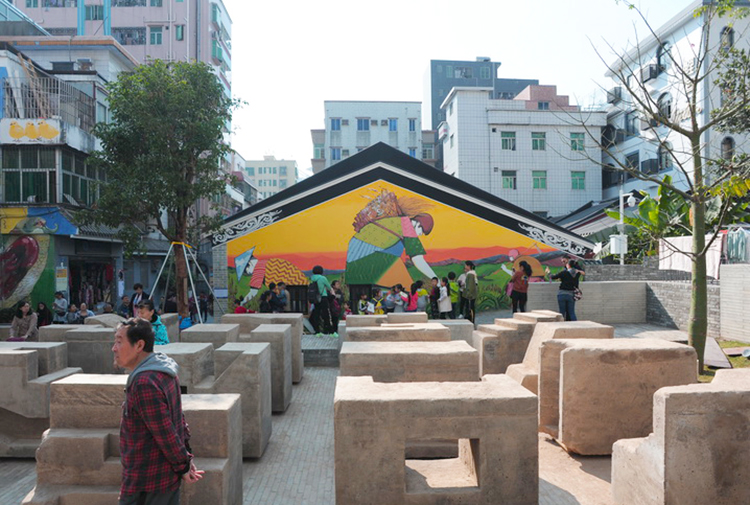 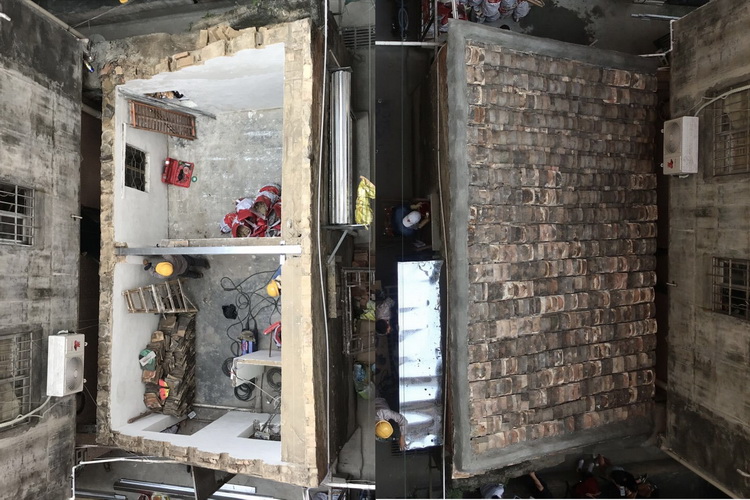 The Urban Village Club is planned in the hope to stay close to local life and pay back the local community of Nantou with a series of public activities. Additionally, launched by the curators was a series of CGDLab (Cities: Grow in Difference Lab) activities that were held within six months before the exhibition. These will be extended through the durationof the exhibition. The NantouForum, set up in the center of the old town, is an attempt to further blend the exhibition and reality.Itprovides a public platform to allow decision makers, experts, and local residents to work together for preservation and regeneration of the old town. 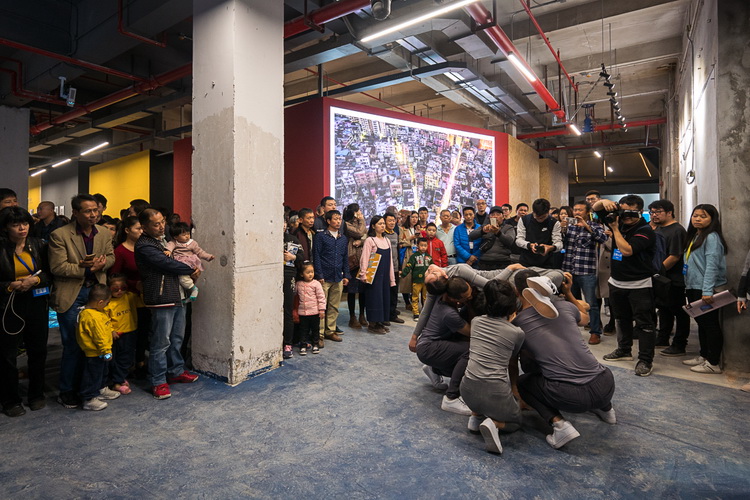 The Urban Village Theme Pavilion, located in the center of the factory offers a series of closed rooms scattered on the ground floor, including a story den, game room, photo studio, drawing room, video room, music room, laboratory, future gallery, and so on. The contents of these rooms are from the studies and observations of urban villages, the names from the daily lives of the early urban history of the Shenzhen SEZ.,are assembled in a novel and attractive way. The miniature streets and blocks arefull of color and texture, and people will encountersmall exhibits when they stroll around, as casually as if they were onthe street. They are deliberately designed as a maze and chaos, echoes and reverberations. The curator tailored a unique spatial terrain for the themed exhibition, setting restrictions while encouraging improvisation and growth over time. Thus the exhibition becomes an endless experiment of adding and modifying, and avisitor’s experience is no longer watching, but full of discovery, serendipity and participation. 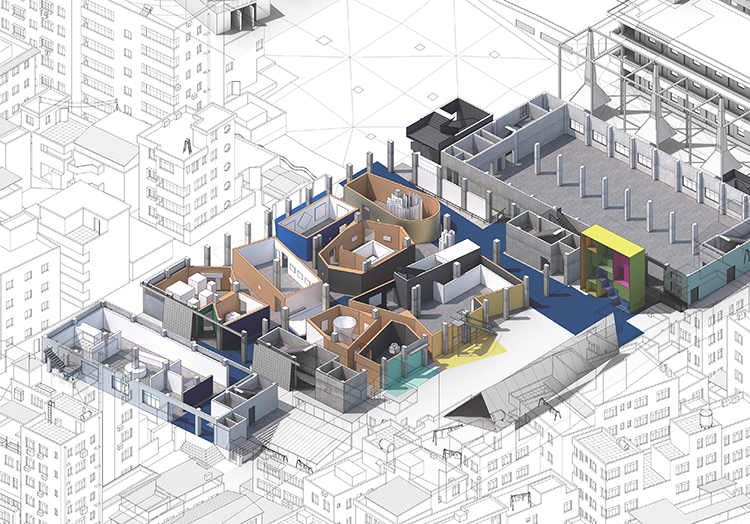 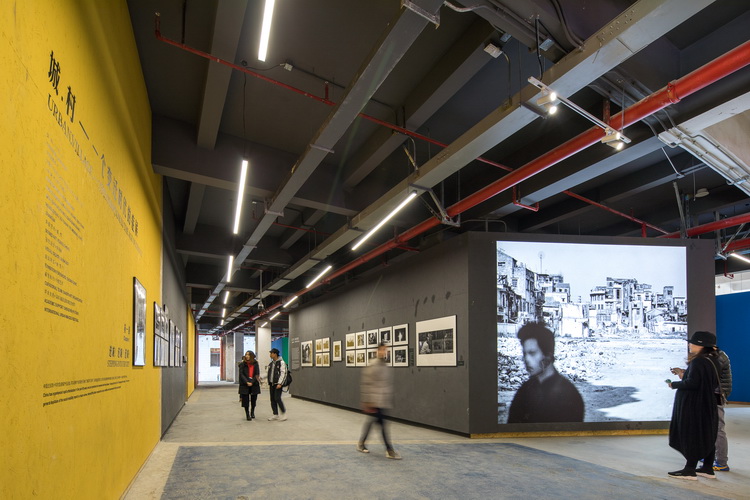 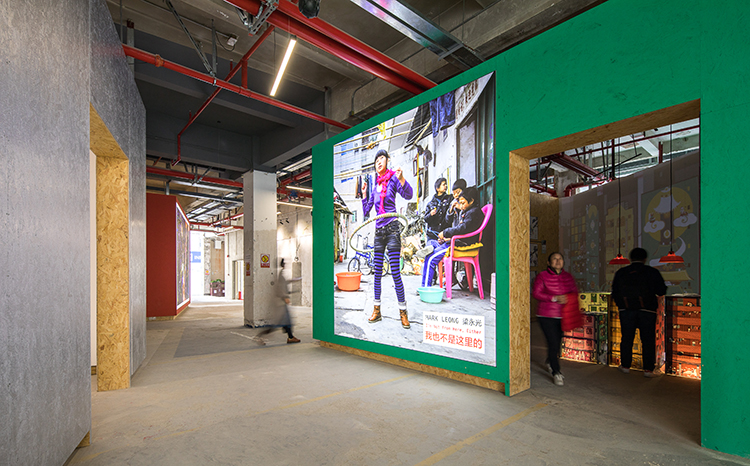 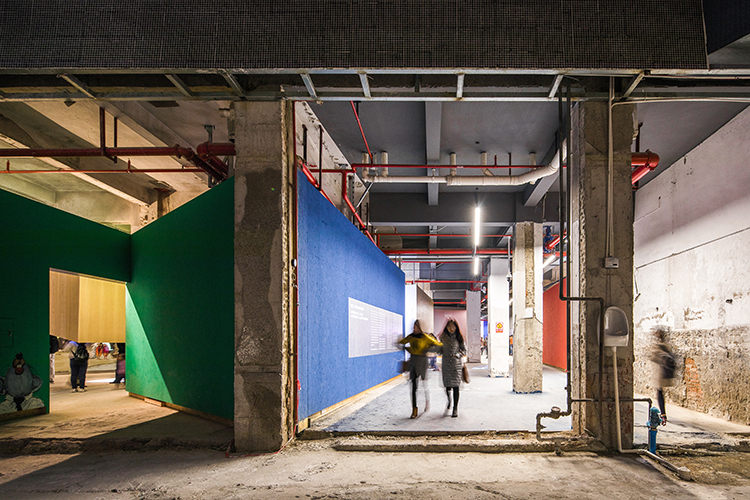 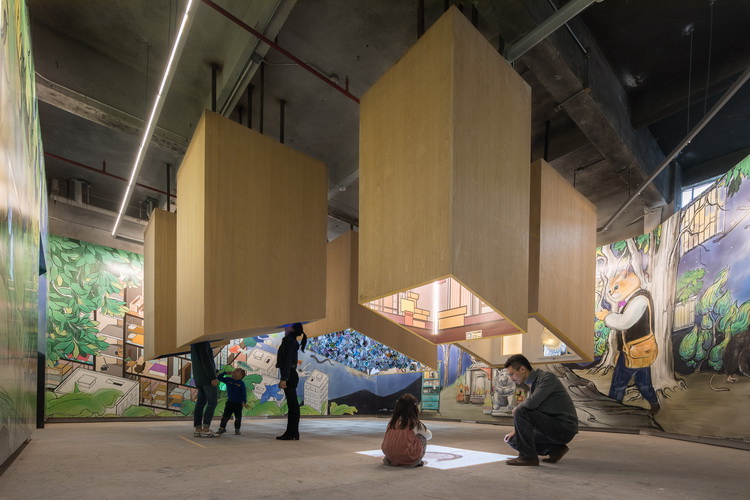 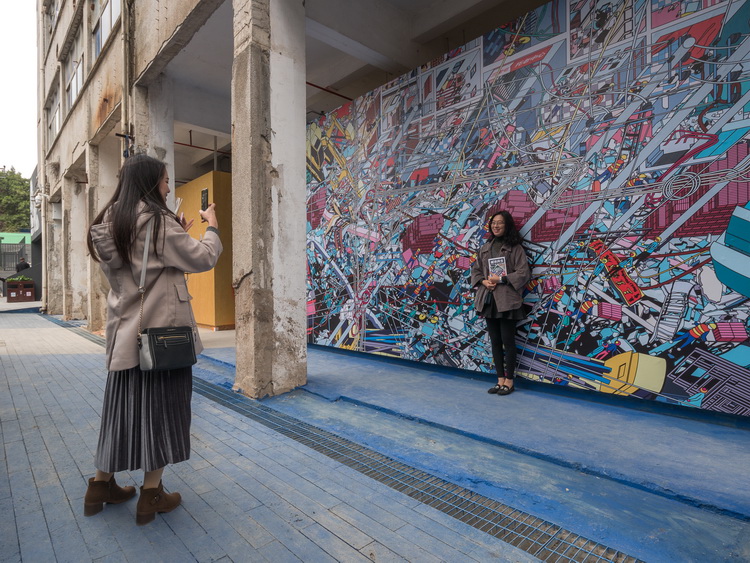 The Urban Village section is also an exhibition that spreads all over the city. Different from a typical collection-in-one themed exhibition, historical buildings, residential areas, streets, open spaces, and even unfinished buildings scattered throughout the oldt own are turned into venues to house interactive works or events. By taking the chance of the exhibition, interventions in urban village renovation help to improve the quality of public space. It responds to the question of what the Biennale should do for the urban village instead of what the urban village could do for the Biennale. Last but not least, a Biennale hosted in an urban village is destined to be different from all the other exhibitions. The dynamic and vibrant urban villagesare the arrival community of young migrants and their last affordable habitatsin our currentcity. Preserving urban villages is not only preserving the history and memories of a city, but also planning a better and healthier future for the city. The exhibition also implies the persuasion to preserve the urban village and to start to review, reflect and reconstruct a plural and diversified urbanism-City of Hybridity and Coexistence. 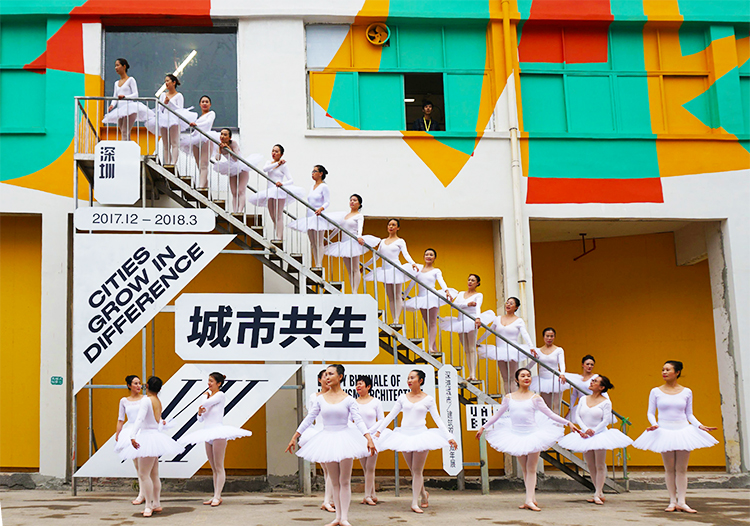