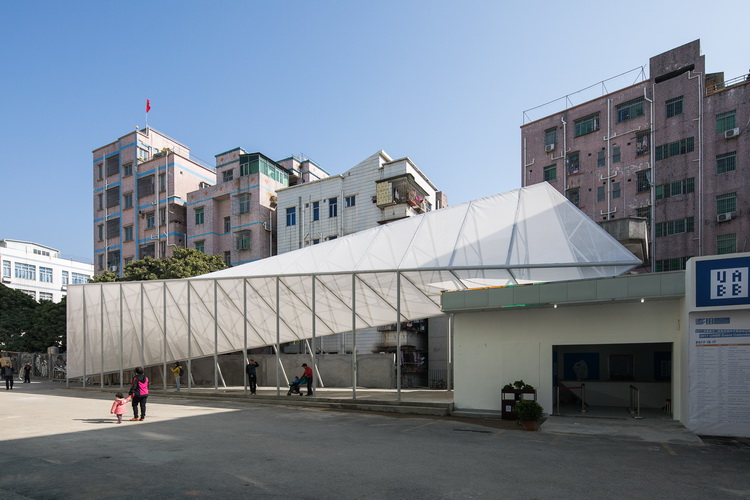 The Urban Villages of Shenzhen comprise of a series of historic cores whose presence today is precarious at best. Surrounded by the rapid expansion of the contemporary city, the dense urban fabric of these communities serves as a reminder of a past that is not so distant as it is fundamentally out of scale with the emerging forces of real estate.

The advent of the ‘biennale’ as a cultural event is maybe a good vehicle to draw light onto these vulnerable communities, but the curatorial constraints require economies that do not afford permanence. Precisely because of this, we imagine a structure on the main plaza that is designed to become part of the urban fabric, to serve as a civic structure, and to become part of the community it serves for a longer time to come, with the flexibility of housing varied programs.

The site of the plaza produces an urban edge along the village wall that is ripe for programmatic activation. As a structure that adopts the wall as datum, we propose a linear stoa of sorts that has the power to respond to the length of the plaza itself. With each bay composed of a customized section, the structure is fabricated of standard steel scaffolding, and thus generic, economical and culturally standardized in nature. 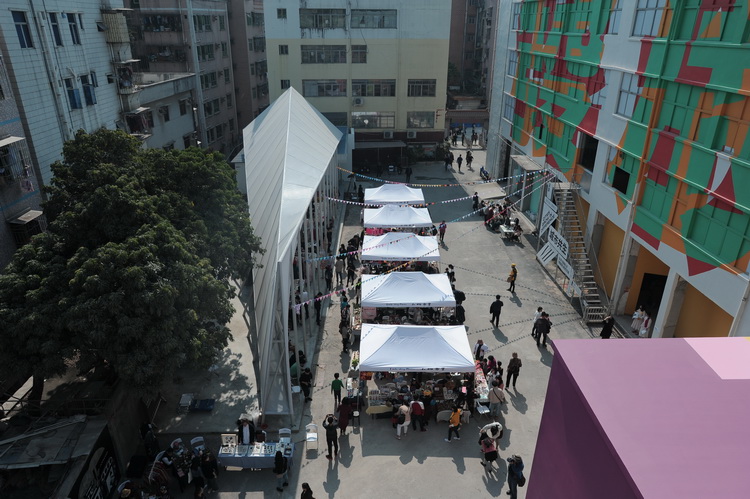 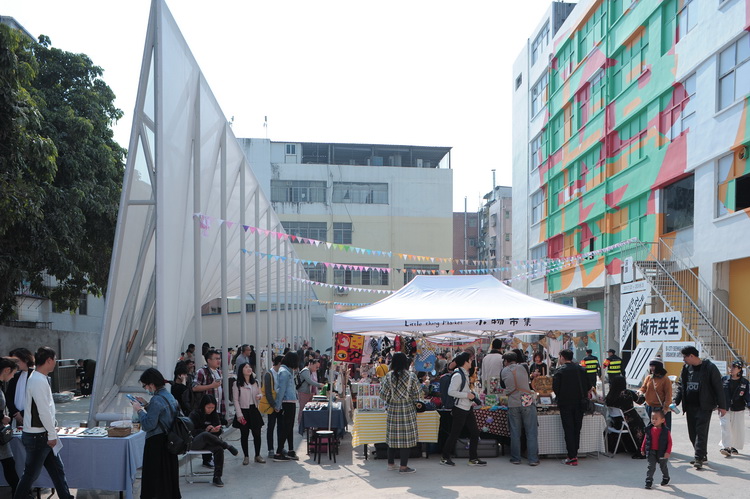 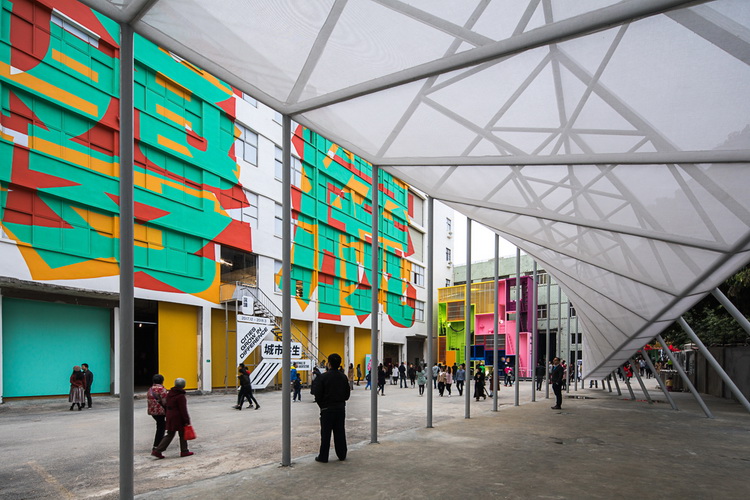 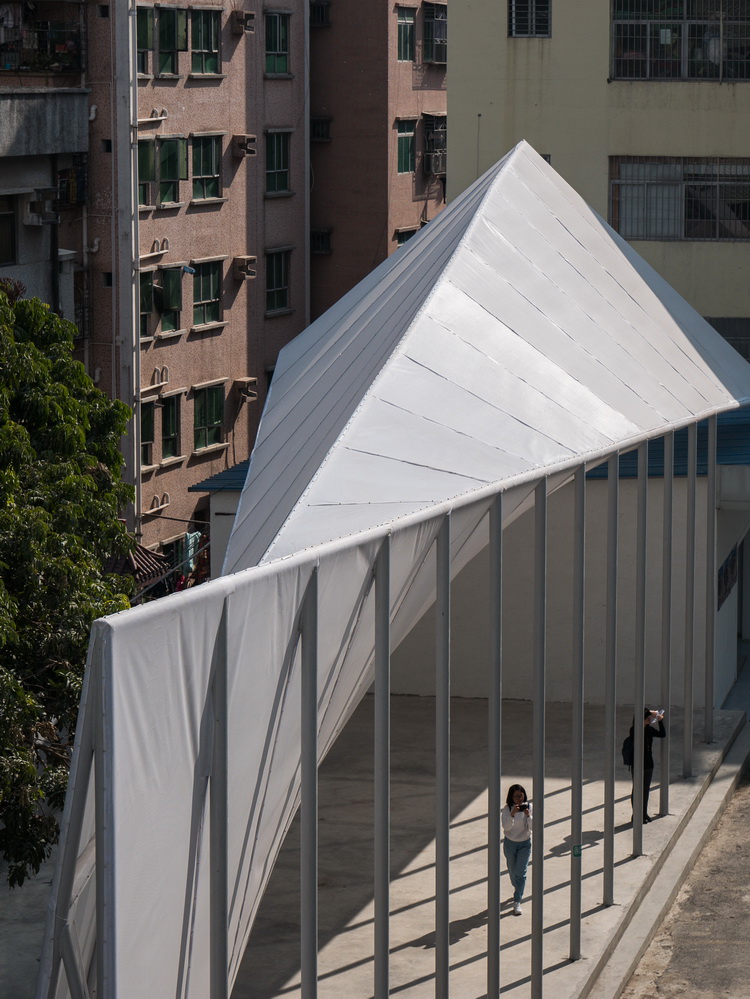 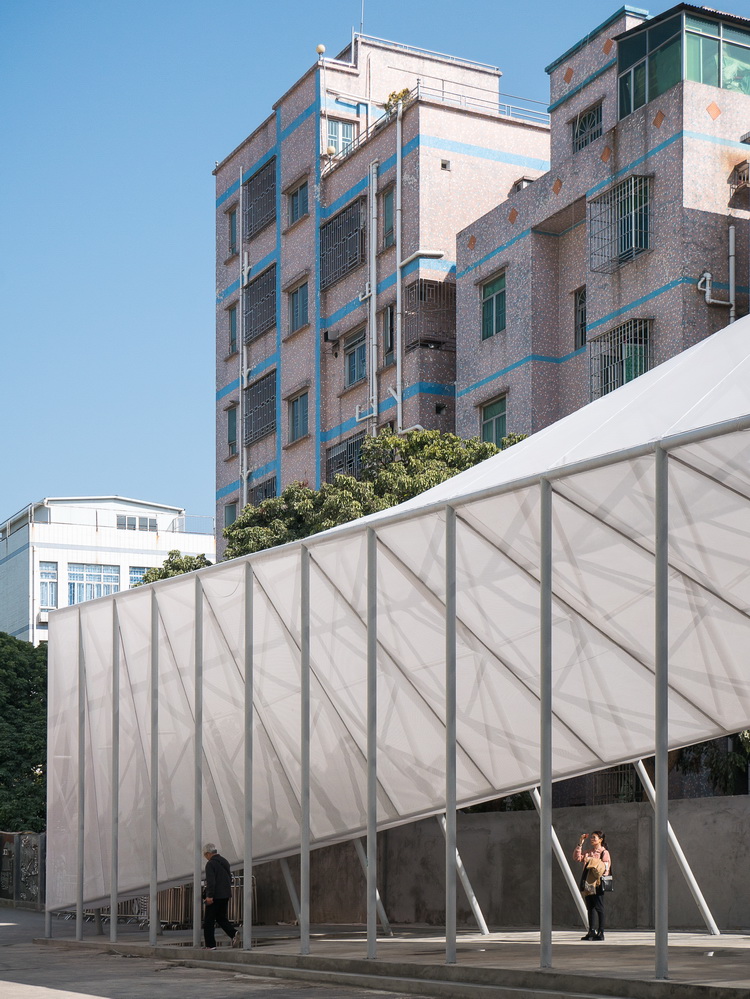